I have been thinking of the post that the Reaper did. I have been pondering what I would say, and waited to comment on it. I just had to let my anger abate! This is something that I had to really think about. This Marine has made his choice, and I choose to buck tradition and rebuke the Marine Corps! I have no intention on following the path that was taken when a brother Marine was singled out for his beliefs, and practiced his first amendment rights that he stood for in the form of combat. This is not just someone that talked and did not follow through on his words like the 101st keyboarders, he served his country, and he is not to be questioned on his loyalty or patriotism after he is already out. I stand with my brother! I REBUKE THIS ASSAULT ON MY FELLOW MARINE! I rebuke George W. Bush for letting this happen! I rebuke the Commandant of The Marine Corps for letting this go this far! I rebuke this whole situation! Pharaoh Bush, let my people go! 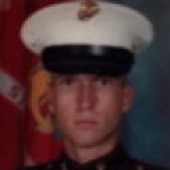 How to Divide and Conquer