From the believe or not section, I submit the Viacom corporation, a pillar of the corporate culture and business principles. It seems that the Viacom Corporation has decided that it is now the defender of all that is culturally black and will be the decider of what that black culture will consist of. Despite the many pleas from activists and community leaders for Viacom to discontinue to promote negative black cultural images through its subsidiaries MTV and BET, Viacom has come to the conclusion that they know better than blacks what the black cultural experience consists of. By their refusal to comply with the demands of parents and concerned citizens they are in effect saying that those black folks are out of step with their own culture, that these white businessmen are more attuned to the black experience than blacks are. We know what the black people want and we are going to deliver it to them even if it kills them.
In a move reminiscent of the latest Duane “Dog” Chapman interview on CNN, who stated that he felt he was entitled to use the N-word because of his long history with the black community. Of course he failed to mention that as a bounty hunter that history involved throwing a lot of black folks in jail, but what’s a little jail between friends. He thought he was cool enough with the community that he was just like one of the fellas. Hey what’s up my ni**a! The executives at Viacom are obviously going to try using the same tack as the “Dog”, they are presenting black executives as the fronts for their positions believing that these front men and women will have the clout to defuse any complaints from the black community regarding their one-sided view of black life. These networks appeal to the baser natures of black teenagers and young adults with their images of money, drugs, sex and violence.

I am not a censorship type of person; I never have been and never will be. I believe that everyone is responsible for their own decisions and will be judged accordingly. By the same token if you are the only or main network for black programming serving some 85 million households then I believe you have an obligation to that community to provide uplifting images as well as the negative images. I believe that Viacom owes it to the community that they are profiting from to provide balanced coverage. To display only one image of a community and say this is representative of that community is dishonest and fraudulent. The black community has a very diverse populace and is deserving of a platform that displays that diversity. Any network can play to the lowest common denominator. We don’t allow the other networks to do it and we shouldn’t allow these to do it, just because they put a black face on it.

I think these protests go to the heart of a much larger issue that is not receiving any debate. The larger issue is, who determines the cultural symbols of a community? Who is responsible for the images and sounds of a culture? This is a very difficult issue and one that is fraught with controversy, yet it is an issue that must be discussed in our community. The difficulty of course will be the attitude of the current group of young blacks, many young blacks do not feel the necessity or the allegiance with any community organization. Many have the attitude that no one or no group can tell them what to do, this is markedly different from previous generations. In previous generations due to our shared daily public oppression, blacks were more inclined to stick together and form partnerships, more inclined to unite under a single banner. There was a willingness to put aside individual concerns for the greater struggle.

This is not to say that there was not internal strife and there have never been a shortage of dissenting voices, but for the most part during the civil rights movement blacks were willing to be led in their efforts to overcome the overt racism they faced on a daily basis. Today it is not the same, today racism is not so overt. Due to the gains of blacks because of the civil rights movement, black people have more mobility and they have more independence. Also we live in a different society, today our society is more accepting of language and images that were once considered in bad taste or in some cases obscene.
Another issue is that today blacks have unprecedented access to money and material possessions. This is not to say that there are no poor blacks or that there is not still a large discrepancy between blacks and whites in the economic arena, but overall more blacks are economically better off than at any time in our history. With those material and economic gains comes greater access to technology and media. While there will always be those who will use these vehicles for nefarious purposes, we must not blame the access. The real culprits are those behind the access that are using them for reprehensible goals and personal gain.

I think the real answer to who defines a culture and its images is the members of that culture. While others may spotlight certain segments of a culture or subset if you will, the real responsibility lies with those who are being defined. If I don’t like the way someone is defining me it is incumbent upon me to reject that definition. We as black people can no longer shirk the responsibility of defining ourselves to others; we have too much money and too much access. I believe that one of the greatest failures of those blacks who have gained success through entertainment, sports, and business has been the lack of control of the media. For too long we have been content to play the roles created by others, written by others, directed by others, for others.

I am not a big Tyler Perry fan, to me his plots and storylines follow too familiar a pattern, but the thing I have to give him his props for is his willingness to create and define black people with his own media structure and apparatus. Why do we not have more of these types of ventures from other successful black people? Unfortunately, it appears that rather than go out and get our own, once again we are content to work for others or the ones who have developed their own have chosen to ignore their own image and chase after the image of the majority, the infamous crossover.

Blacks command too much economic clout today to allow others to continue to cast us in a negative image, the question is will we stand together against those forces that are willing to sell us out for personal gain. You can’t tell me that if enough black people chose to boycott the advertisers of BET and MTV that they would continue to display those negative images. This thing is about money and whoever controls the purse strings controls the agenda. The reason the networks are playing to this crowd is because they are the ones spending the money. They are the ones buying the crap these shows are promoting and selling. Where that money is coming from is the subject for another essay.

False history gets made all day, any day,
the truth of the new is never on the news – Adrienne Rich 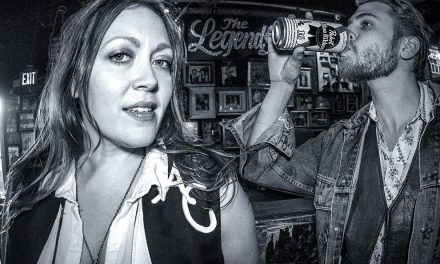 Hey Forgiven, great blog, but listen up. The reason Viacom bought BET was for PROFIT. Viacom is not interested in the Black community, African-Americans or anything else concerned with “Black Culture”, except as part of the product that they are marketing. Unfortunately, you have accepted the idea widespread in the Black Community that they are the intended target audience of all projected BET programming. WRONG!! Viacom intends BET programming for young white audiences, the same folks that it targets over at MTV. Viacom is well aware of the success of the Cosby show and other similar programming aired on other… Read more »