I see IOZ has responded to my response to his critique of Glenn Greenwald and my response to Joe Klein’s recent antics. I’m glad to see he has upped his game.

To recap, IOZ feels that Greenwald and I are somewhere between morons and wankers for spending any time exposing Joe Klein. Why? Well…basically because there are bigger fish to fry and getting bogged down in minutiae is at best a waste of time and at worst, counterproductive. We should have long ago realized that that reporters belong to a political class that transcends the two major parties. Yes, they have values and interests, but both parties serve those interests equally well. Therefore, the political writing class has no vested interest in petty things like Social Security or abortion on demand. They want the oil that lies beneath the soil of Iraq, Venezuela, (fill in the blank)…and free trade, low regulation, low taxes, media dominance (consolidation), huge Pentagon expenditures…even a healthy illegal narcotics trade.

If someone like say, Ron Paul or Dennis Kucinich comes along and questions these priorities they will get slammed equally from reporters on the ‘right’ and on the ‘left’. Any political outlier (see Howard Dean…and he wasn’t much of an outlier, really) is going to get the hatchet. IOZ wants us to know this in case we intend on wasting anymore time participating in a gamed/fixed political system.

The quick answer to this is ‘yes’. In the case of Bill Clinton, a sitting U.S. president, these pamphleteers were indeed ‘against the government’. What IOZ means is that they were for something more permanent…a set of assumptions and precedents and ways of doing things…in short, an apple cart. They were for the apple cart. George H.W. Bush understood the apple cart. Bill Clinton did not. Which, it strongly supportive of my original point that the corporate press cannot be described as reliable shills for whatever government happens to be in power, but only as reliable shills for certain things they would like the government in power to do.

And that is a very clever and witty way of ending his essay, but it correctly accuses Klein of shilling for the ‘maintenance of American power’…not of shilling for ‘the government’. Joe Klein is consistent in criticizing Democrats while purporting to be a Democrat. He fills a role, or niche, in the political class that is not strictly loyal to either party, but that represents values that are more consistently espoused by the Republicans. Add to this that the rabble…the Democratic rabble…are the only real, potential threat to the interests that Klein’s class really cares about…and you being to understand why there are several false dichotomies set out for us in the media between the right-wing and the center-right. 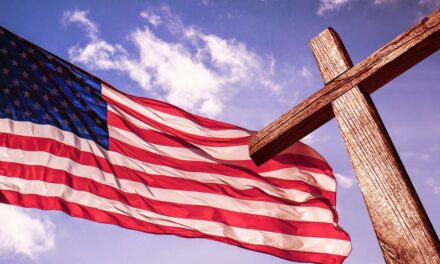 ‘My husband does not give me food’ 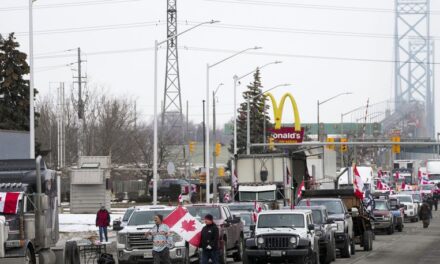 Hackers Reveal the Donors Behind the Trucker Protests