Here we have it:

ABC News’ Karen Travers Reports: New Hampshire Deputy Secretary of State Dave Scanlan told ABC News that turnout among primary voters today is “absolutely huge” — and there are concerns about running out of ballots in towns like Portsmouth, Keene, Hudson and Pelham.

“Turnout is absolutely huge and towns are starting to get concerned that they may not have enough ballots,” Scanlan said. “We are working on those issues. Everything else seems to be going smoothly.”

Scanlan said that the Secretary of State’s office is sending additional ballots to Portsmouth and Keene (traditionally Democratic strongholds), Hudson (Republican leaning with significant numbers of independents) and Pelham (large number of independents).

This is exactly what I expected. I’m telling all you skeptics, this is a new day. Realignment is coming. 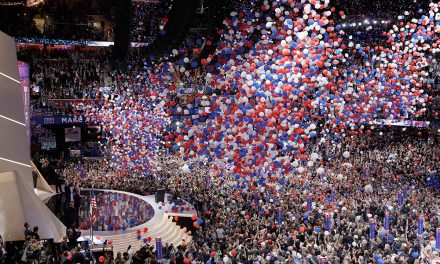 The Electorate Is More Volatile Than People Suspect 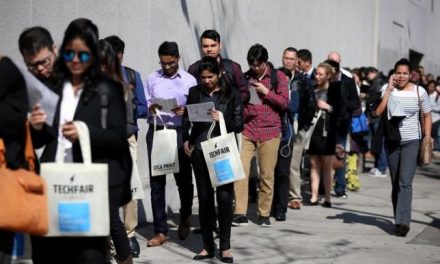 Well, it is exactly the pattern that what Obama wanted, and Clinton prayed would not happen.  This probably puts the nail in her coffin if a big NY Senator can’t win in NH.  She’ll linger on a while I suppose, but a big Obama win just about kills her hopes.

IS this true. Clinton Surrogates Gone Wild In New Hampshire or is the Huffpost blogger misinterpreting the NYT? Today, in Dover, Francine Torge, a former John Edwards supporter, said this while introducing Mrs. Clinton: “Some people compare one of the other candidates to John F. Kennedy. But he was assassinated. And Lyndon Baines Johnson was the one who actually” passed the civil rights legislation. The comment, an apparent reference to Senator Barack Obama, is particularly striking given documented fears among blacks that Mr. Obama will be assassinated if elected. This comes a day after the Clinton quote that Martin Luther… Read more »

HufPo Blogger: ‘Haliburton’ or ‘Blackwater’ Will Assassinate Obama
In an effort to equate Obama’s rather empty rhetoric and lack of a substantive record to what Palmero imagines his lefty pals will imagine is “greatness,” Palmero tries to work in some equating of the junior Senator from Illinois with Robert F. Kennedy’s campaign for the Dem nomination for president in 1968.

I never thought I’d see the day that BooMan himself would start spitting sunshine and farting rainbows.

I’m not quite sure what to make of it.

I’ve been waiting my whole life to see numbers like this.  Forget Obama, we have massive engagement, youth engagement, independents breaking 3-2 for Democrats.  This is exactly what was supposed to be impossible in conservative America.

Maybe people have finally realized where “conservative” values have taken this country.

Until I see numbers.

How many of the people looking for Dem ballots are dems,  how many are indies, and how many are R’s trying to muddy the water?

You want trust, get a dog.

Sit and enjoy.  We have a new party! Mike Henry’s memo (Clinton campaign strategy memo that they ignored) nailed it. The rush is on for dollars. Clinton cash starved – out of funds- thought to be skipping Nevada and SC – according to this Huffpost: Clinton Allies May Dump Millions Into Anti-Obama Group Manchester, N.H. — A panicked and cash-short Clinton campaign is seriously considering giving up on the Nevada caucuses and on the South Carolina primary in order to regroup and to save resources for the massive 19-state mega-primary on February 5. At the same time, some top independent… Read more »

Billary and crew are just as selfish as they have always been. They didn’t want college students to caucus, when it was perfectly legal and acceptable to do. They seemed to complain about high turnout and bringing in new voters generally. I’m sure Obama would be perfectly fine if he was content to be an employee–pretty much how the Kerry campaign used Dean. Luckily for us, the good doctor was at least able to wrest control from the McAwful lackeys and helm the DNC. So far, what Obama and Edwards have done is GREAT for the party. (While I may… Read more »

they’ve always been this way.

After all this time, you’d think they’d seek wisdom and judgment. But we had our proof that they were incapable of that back in 2002.

I am really disgusted with them. I am very pro-Obama, but I never, never thought I’d feel /contempt/toward them. But their comments from the last few days have made who they are unmistakable.

he probably fell asleep to the soothing sounds of Mama Kicks again.

of course I am.  that, and trying to picture you using a neti pot.  I’d go for extremely hot chiles to unclog the sinuses.

Now THAT is hilarious.  I missed it the first time around.

But I’d have to say that I agree. I don’t know about realignment, but look at this turnout so far. If it holds, then it is definitely something to be fired up about!

I agree completely, AP. In fact, I said this over a year ago in my diary Why I Like Obama: This is where Obama comes in.  In Obama, I see someone who may not be the strongest leader from a managerial or policy standpoint.  But damn, the man gets people excited.  People I’ve never heard talk politics were speaking to me in awed tones after his speech at the national convention.  He is not politics as usual to us.  He offers a real hope for change. If the people lead, the leaders will follow.  In Obama, I see someone who… Read more »

bagnewsnotes is running this sweet series with some photos from the campaign trail.  Check out the pictures from the gym both pre and during Obama in New Hampshire.

I wonder how much of this are right-leaning independents and Republicans choosing to vote for the Democrat to get a nominee they want to oppose.

I gotta say BooMan, I’m hoping you’re right. But I’m hoping in one hand and weighing the performance of the Dems in 2007 in the other, and that second hand is heavy enough to sink through the floor. The way I figure it, there’s several million people out there thinking the following: “My candidate didn’t win in Iowa.  Word has it they’re pretty much done.  The people the media picked to come out on top a couple months ago?  They finished well back.  That leaves this political and foreign policy neophyte on top, but you know what?  He’s one of… Read more »

BooMan’s earlier realignment diary.  It’s not that I am unhappy over the current state of the political environment.  It’s just that — based on history and experience — I am not at all convinced that either the Dems or Obama will deliver on the progressive expectations they are raising in us, and if they don’t deliver, then I don’t believe that any lasting, historical realignment is in the cards Your proposition that it will be a long way back for the Repugs leaves out one of the most important elements that might affect the situation: namely, the extraordinary ability of… Read more »

It’s not the expectations.  Given the fiscal situation, not much will be possible for progressives if it costs real money.  At best we will get most of the tax cuts rolled back, but that roll-back is just enough to pay off the bonds held by the Social Security Administration.  Hopefully, some of the defense budget could be pared, but this is going to be a hard slog and will be fought tooth and nail by the political establishment.  War crime trials wouldn’t cost much, but I’m not betting my last pair of shoes on them.  Fraud investigations are a better… Read more »

A little bonus will be what Obama’s draw of independents does to McCain’s number – causing him to lose would be … too much to hope for?

yeah, I think it probably is too much to hope for.  My guess is that turnout is high for Republicans, too.  It’s a nice day and the country just seems engaged this go round.

oh well.  I guess I’ll just have to live with realignment. 🙂

Somewhere, a rethuglican political strategist is trying to create a plan for “ballot rationing” in November.