My Covert Media Op to Save Public Hospitals

In early December, I diaried a proposed Medicaid Rules change, which, if it goes into effect in May as scheduled, will result in draconian cuts to public and teaching hospitals.  This is a non-partisan issue: the US v. the Bush Administration.  Representatives Eliot Engel (D-NY) and Sue Myrick (R-NC)  have introduced HR 3533, the Preserve Our Public and Teaching Hospitals Act into the house to block the odious rules change.  Senators Jeff Bingaman (D-NM) and Elizabeth Dole (R-NC)have attemtped to introduce a moratorium on the rule in the senate.

Unfortunately, the good guys have not been able to muster the votes to extend an existing moratorium on the rules change, which would spare our frayed public health care infrastructure a possibly mortal blow for at least another year.

Find out what you can do about it after the jump.
There can be no doubt that Bushco is using post Katrina New Orleans as a model for healthcare in America.  If you recall, one of the first initiatives of reconstruction was the elimination of Charity Hospital, the primary refuge of New Orleans’ poor.  I live in a very large rural state.  There are only three urban areas in our entire state.  If Bush’s proposal passes we could be eventually  left with only three to six hospitals in the state, leaving many residents without hospitals for hundreds of miles. What kind of sense does this make given that our “terrorist threat alert” never drops below orange ?

There is no chance this moratorium will succeed without public awareness.  I have been calling and emailing reporters in my state and Washington for six weeks without success. So far, the only press I have noticed is my own diary.  I have spoken several times with a reporter from McClatchy who says he will cover the topic once it becomes a crisis.  The others have not even been willing to return my calls.

I have decided to take matters into my own hands as a citizen journalist.  In early March, I am flying to DC where I will visit Time and WaPo, camcorder in tow, to ask why they are not covering this story.  A number of health officials from communities across the US will be in town pondering the impacts of the rules change at that time.  I will try to enlist a few to join me.  I will post diaries and videos informing you of my findings. 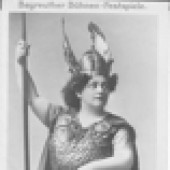 We’re trying to get our Charity Hospital reopened, since its closure after Katrina. 7 defendents have filed a lawsuit, article here and on indy media.

Thank you for the link.  Would you be willing to send me a little bit of video footage (very short) of someone describing the impact of its closure on your community? Preferably somebody who has received care there or who is involved in the suit?

I am going to make a short video of my trip to DC to talk to the MSM and would like to include it.

Strange isn’t it, how there’s never enough for health care, but always enough to buy another bomb?