I live in New Jersey’s 5th District, home of one of the worst Congressional members, Scott Garrett. As I said in a diary a couple of weeks ago:

I live in New Jersey’s 5th district – my Congressman is Scott Garrett. He is one of the most odious members of Congress. When you see bills that pass the House with a vote of 390-35, he is one of the 35. Consistently. He has around an 85% voting record with George W. Bush. On the other 15%, his position is more extreme than Bush.

Well, one of those progressive candidates, Dennis Shulman, will be on our BlogTalkRadio show today, February 7, 2008, at 4PM Eastern/1PM Pacific. Another piece of good news about Dennis is that, even though he just got into the race in October 2007, he outraised the incumbent Scott Garrett in his first quarter since announcing his candidacy.

The link to the show is here. Dennis’ ActBlue page is here.

A bit about Dennis, who has a very interesting background (from his website) is below:

Renowned author, educator, and clinical psychologist, Dr. Dennis G. Shulman has dedicated his life to serving all segments of the community. Blind since childhood, he has overcome significant obstacles to earn an Ivy League diploma and rise to the top of his profession — and become an ordained rabbi.

Dennis next moved to Harvard University to begin work toward a Ph.D. in Clinical Psychology and Public Practice. Just two years into the program Dennis won a Training Fellowship from the National Institute for Mental Health and married his college sweetheart, medical student Pam Tropper. He also began what has become an extended series of teaching positions, professional publications, postdoctoral studies and speaking engagements.

Graduating from Harvard, Dennis began his career as a clinical psychologist and as an educator, including more than a decade at Fordham. In 1997, Dennis founded the National Training Program in Contemporary Psychoanalysis at The National Institute for the Psychotherapies, which he continues to serve.

Dennis was also recently a guest at Firedoglake as well.

Last week, I posted a diary announcing a series of BlogTalkRadio interviews with Democratic Congressional candidates as furthering the majorities in Congress, especially with progressives, is a sure fire way to help our cause. Not only do I think this is a great opportunity to hear these candidates in their own words talking about their district, their campaign and the issues they hold dear, but also to keep some focus on Congress, because without more progressives in Congress who are willing to stand up and fight for the ideals that we discuss here daily, it really won’t matter if Clinton, Obama, Romney or McCain is in the White House because a progressive agenda would not even begin to be seriously discussed, nor would a right wing agenda be able to be thwarted.

Prior and upcoming interviews in this series are below:

Upcoming interviews are as follows:

We also have commitments from a couple of others, but no dates set. We will keep you posted, and if there are any folks out there who work on a campaign, or know someone who is either a candidate or works on a campaign who may be interested, we would love to hear from you.

I hope you can listen live, and if not, we will be posting the interview at Heading Left, which is BlogTalkRadio’s official website for progressive internet radio and podcasts. 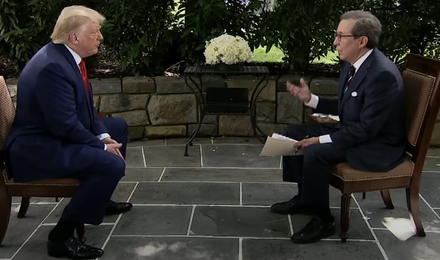 Trump’s Chris Wallace Interview is a Stain on Our Nation