Since I never diary, I thought I’d do so.  I posted this on my blog on the 4th, so forgive me if somethings are outdated:

h/t to CosmicWheel for this bit of interestingness. I’m even going to quote the same part he did:

AUSTIN, Texas — I’d like to make it clear to the people who run the Democratic Party that I will not support Hillary Clinton for president.

Enough. Enough triangulation, calculation and equivocation. Enough clever straddling, enough not offending anyone This is not a Dick Morris election. Sen. Clinton is apparently incapable of taking a clear stand on the war in Iraq, and that alone is enough to disqualify her. Her failure to speak out on Terri Schiavo, not to mention that gross pandering on flag-burning, are just contemptible little dodges.

That’s Molly Ivin’s intro to her 2006 piece titled I will not support Hillary Clinton for president.  I think the title says it all, don’t you.  Ms. Ivins has always been known for her straight talk on the issues and I’m trying to think back to an article of hers that where I disagreed.  Not that I’ve read all of her articles, but those that I have, she’s always been on the money.
See, Ms. Ivins was up to here with the cowardly way the Democrats in Washington operated.  Like so many other Democrats, she was frustrated with the so-called centrism of many Dems.  Those spineless electeds who were too scared  to stand up for their ideals and their constituents, lest a Republican say something mean.

I was over at Mother Talkers not too long ago and someone mentioned she was going to vote for the Clinton’s 3rd term because Sen. Clinton said that she’d bring the troops home in 60 days.  Ah…I see you got a smile on your face too.  Is that sort of naivete refreshing?  Wouldn’t it be nice to actually believe the words that come out of either of the Clinton’s mouths?   The thing is, back in September or October, Clinton laughed at John Edwards for saying something similar.  She said, that she’ll look to bring the troops home in her 2nd (4th) term.  Up until about, what? a week or two ago, that has been her refrain: in her 2nd term, the troops will all come home.

She’s also changed up her healthcare plan.  A lot.  The things she’s offering up now seem to be vastly different than what she was offering up 3 weeks ago.  In fact, what she’s saying now, mimics what John Edwards was saying, and she decided that we all needed a reality check.

Turning serious, Letterman asked whether all the money the presidential candidates are raising might be better spent feeding the poor and hungry. Clinton agreed that it wasn’t a good way to run campaigns.

“That’s why we should go to public financing,” she said.

This is a complete turnaround from all of her other statements on campaign finance.  John Edwards repeatedly asked all the candidates to pledge to accept only federal funds for their campaigns.  None of them were takers.  At YearlyKos, Clinton told Edwards that he was being naive and that she wouldn’t turn down money from her corporate financiers.  She didn’t think that publicly financed campaigns were realistic.  This is something she’s repeated in debates from the summer up until a few weeks ago.  We’re either facing someone who’s just had a complete turnaround on policies in just a few short weeks or we’re looking at someone who is willing to say anything to get elected.

I can’t vote for a person like that.  I won’t vote for a person like that.  I was on blogher earlier today and someone posted why should couln’t vote for Obama.  It clearly wasn’t a post rooted in facts, as all of the points spoke of this woman’s emotions.  Fair enough.  I get emotions, but then there were all the Clinton’s smears in the post.  You know those lies the Clintons have spread about Obama that have no basis in reality.  Like the poster above, this person also regurgitated them like they were truths.  Amazing.  A simple Google search would show them as blatant lies, but these two women have so much faith in Sen. Clinton that they just believe them at face value.  I’m positive that a person who’d willing spread lies about another Democrat is not someone I’m comfortable voting for, ever.   Other people don’t have my values, I’m cool with that.

The MINUTE someone impugns your patriotism for opposing this war, turn on them like a snarling dog and explain what loving your country really means. That, or you could just piss on them elegantly, as Rep. John Murtha did. Or eviscerate them with wit (look up Mark Twain on the war in the Philippines). Or point out the latest in the endless “string of bad news.”

Do not sit there cowering and pretending the only way to win is as Republican-lite. If the Washington-based party can’t get up and fight, we’ll find someone who can.

I know that I’ve found that person.  Have you? 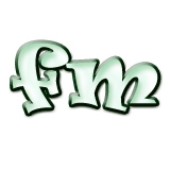 Annoyed By the Cynics

Maybe you should diary more often, seeing how you’re sitting in the Rec List #1 spot…

Molly Ivins. I enjoyed her essays and miss her on topic BushCheney. May she RIP.  Molly knew of which she wrote, sometimes prescient. But times are catching up.  Molly’s wishes may prevail.

While this week’s results can be explained by those states’ relatively large numbers of blacks and well-educated residents _ who tend to be Barack Obama supporters _ her presidential campaign could be doomed if the trends continue.” –Newsweek

I would love know what Ms. Ivins thinks about those people who feel that since she was a middle-aged, white woman, that she should automatically line up behind Clinton because she’s a middle-aged white woman.

Would they have the nerve to tell Ms. Ivins that she’s a traitor to her gender?

Omir the Storyteller
Reply to  fabooj

I was watching the primary coverage on MSNBC the other night and she happened to be in the room at the time. One of the commentators said something to the effect of, “Clinton’s support is coming from middle-aged white women.”

“Not this middle-aged white woman,” she sniffed. She’s largely politically apathetic (as bad as I used to be) but she sure doesn’t like Hillary Clinton.

I can’t imagine she’d sit still while anyone tried to fit her into a little box.  Nor should any of us. We’re much larger and more complex.

Digging up the dead now to beat Clinton over the head with too? Are you all running outta fresh, live bodies with enough hatred to make your…point?

I have a feeling Molly would be  bit more than amused at this spectacle.

And I’m waitin’ for Idredit’s cut and paste lit drop.

Jesus, what a laugh!

supersoling, there you go. that’s a no-no; getting personal. It’s a tell-tale.. all I need to know… why you’re a Hillary suporter.

To keep a civil discourse. Not likely so I’ll end here and we’ll revisit March 5th.

I’m a Hillary supporter? I’m actually a Green. You don’t know much about me, apparently.

While it was a lil bit personal I think there was a good point there. Maybe Ms Ivins would have changed her mind as some of us do. We can’t tell , since she’s passed on and can’t speak for herself for THIS moment.. and this time PS I’ve waffled between Obama and Clinton.. on the issues as stated I’m Clinton.. but I can’t be totally sure she’ll stick to what she promises. I like Obama  but he doesn’t really ever takes a stand for fear of people using it against him so im not certain of his courage.. however,… Read more »

It’s not about digging up the dead to make a point. as a general rule, we have no hesitation musing on what an FDR, Truman, or Ann Richards would say or think of a present situation. So why not Molly?

Only 2 days ago, in Texas, Hillary was channeling Ann Richards and Barbara Jordan….their voices were urging her to carry on. Many made a big deal of it.

snark: do I need to link?

There’s a difference between “musing” and speaking authoritatively, as if ” it’s 100 percent true.”

Other than that i agree it’s alright to muse ..but for my part i would qualify myself heavily and say this is what I think, because…   (after all it IS hard to ask the dead if your interpretation is correct)

No biggy, really. I’m the last person to try to censor anyone simply because the right “forms” weren’t observed.

Racists don’t deserve my hate, they deserve my pity.  I pity the Clinton’s, but I don’t waste energy hating them.

At any rate, it’s clear that you didn’t even read the diary to understand the point.  That’s on you.

I read your post, Fabooj. But it was hard to discern a point beyond the title, which isn’t news, really, to anyone who is familiar with Molly Ivins. Being familiar with her could also lead a person to suspect that she might also be aghast at the increasing fervor of many of Obama’s supporters. But, she’s dead, so know one could know. We might as well declare that Hunter S. Thompson …wasn’t… for Clinton, or Mark Twain, or the signers of the Declaration of inIndependence. How does it help Obama’s cause or help to sway the opinions of voters like… Read more »

Thanks for the diary, fabooj!  Rare but worth the wait.

In so many ways, Ivins’ insights were often ahead of her time.  So we don’t know who she’d have supported during this primary.  We know pretty clearly who she wouldn’t.

I found that person, but unfortunately Edwards left the race.  But no, I won’t support HRC.

Ivins had the gift of prescience, she saw then the dilemma the Democratic Party faces today.

Ivins gift for directness was refreshing, and it can be contrasted with that of the slippery creatures who’ve infested our political domain. I’m reminded of some of the people I knew from law school (where I worked). Despite their obvious intelligence, they were incapable of understanding the simplest language, or so it seemed. Their ability to twist language was unparalleled, and also quite repulsive.