except for universal coverage?

Physicians for a National Health Care Program (PNHP) has been around at least since 2003, and with chapters now in nearly 40 states, they have continually pushed for a single-payer national health insurance program in the United States.
PNHP’s vision of reform is based on four principles:

1.    Access to comprehensive health care is a human right. It is the responsibility of society, through its government, to assure this right. Coverage should not be tied to employment. Private insurance firms’ past record disqualifies them from a central role in managing health care.

2.    The right to choose and change one’s physician is fundamental to patient autonomy. Patients should be free to seek care from any licensed health care professional.

3.    Pursuit of corporate profit and personal fortune have no place in caregiving and they create enormous waste. The U.S. already spends enough to provide comprehensive health care to all Americans with no increase in total costs. However, the vast health care resources now squandered on bureaucracy (mostly due to efforts to divert costs to other payers or onto patients themselves), profits, marketing, and useless or even harmful medical interventions must be shifted to needed care.

4.    In a democracy, the public should set overall health policies. Personal medical decisions must be made by patients with their caregivers, not by corporate or government bureaucrats.

Except for universal coverage, the plans currently proposed by Hillary and Obama pretty much leave the same problems with our for-profit-corporate-system fully intact.

Research by PNHP gives some idea what problems remain in the Hillary and Obama proposals and why raving about either them is ridiculous, again, except for universal coverage (and both plans do provide the ability to cover all Americans).

Over the past two decades, PNHP research has “framed” the debate and focused it on the need for fundamental health care reform. Some of these findings have become so well known that new members of PNHP (and most members of Congress) may not know that we are the source:

·    Half of all bankruptcies are caused by medical bills. Three-fourths of those bankrupted had health insurance at the time they got sick or injured.
(“Illness and Injury as Contributors to Bankruptcy,” Himmelstein et al, Health Affairs Web Exclusive, February 2, 2005.)

·    Taxes already pay for more than 60 percent of US health spending. Americans pay the highest health care taxes in the world. We pay for national health insurance, but don’t get it.
(Woolhandler, et al. “Paying for National Health Insurance — And Not Getting It,” Health Affairs 21(4); July / Aug. 2002)

·    Despite spending far less per capita for health care, Canadians are healthier and have better measures of access to health care than Americans.
(Lasser et al. “Access to Care, Health Status, and Health Disparities in the United States and Canada: Results of a Cross-National Population-Based Survey,” American Journal of Public Health; July 2006, Vol 96, No. 7)

·    Business pays less than 20 percent of our nation’s health bill. It is a misnomer that our health system is “privately financed” (60 percent is paid by taxes and the remaining 20 percent is out-of-pocket payments).
(Carrasquillo et al. “A Reappraisal of Private Employers’ Role in Providing Health Insurance,” NEJM 340:109-114; January 14, 1999)

·    For-profit, investor-owned hospitals (link 11, 22, 33, & 44), HMOs and nursing homes have higher costs and score lower on most measures of quality than their non-profit counterparts.

·    Immigrants and emergency department visits by the uninsured are not the cause of high and rising health care costs.

·    The US could save enough on administrative costs (more than $350 billion annually) with a single-payer system to cover all of the uninsured.

Are the UK and other countries right to adopt a market based model for improving their health services? Steffie Woolhandler and David Himmelstein believe that the appropriate response to the US experience with such policies is quarantine, not replication
(Himmelstein and Woolhandler; BMJ 2007;335:1126-1129 (1 December), doi:10.1136/bmj.39400.549502.94)

Neither Hillary Care nor Obama Care resolve the major problems outlined above that will continue to plague the American health care system. 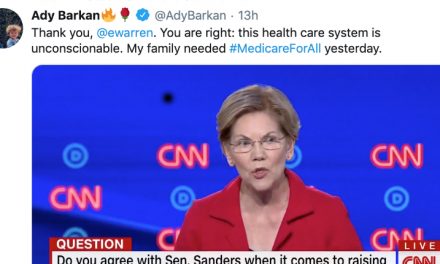