I posted this a while ago on my blog.

I have no idea whether it will be received well here or not, since I’m frankly so new when it comes to posting over political opinion. Anyway, here goes!

The thing that troubles me over this election is the way so many people are voting for Hillary -just- (emphasis just) because she is a woman, as if feminism itself will be upheld or cast aside depending on whether she wins the nomination.

I agonized over the choices myself partly because she was a woman. Luckily it was only partly and I didn’t find myself choosing to vote for one or the other entirely based on that consideration, but it was close. It was a very hard decision for me mostly because the two are so much alike within their stated positions. Clinton most closely represented my views within her stated rhetoric, but frankly I’m more certain that Obama means what he says.

So, When I finally decided to vote for Obama a week ago It felt a bit like betraying my gender. However, after this past week of desperate dirty tricks (circulating the Obama in a turban photo and then Clinton’s chicken little parody speech) I’ve rethought my stance.

Feminism (or freedom from racism) does not depend on our electing a woman (or a black man) to elected office. Feminism means that we should be able to vote our minds and our hearts regardless of gender or race. The best qualified should win – period. If that means electing an intersexed zebra-striped child prodigy then so be it.

We have so much to worry about in this country at this moment in time that we must vote the best. Voting along narrow special interest lines simply isn’t good enough. We need someone that can help mend the economy, our world standing, our energy demands,global warming, etc etc etc. So the fact that Hillary is a woman or that Barack is a black man should only be a minor consideration in our minds.  Right now they should be the same in every way except qualifications and ethical fiber.

And that’s the real meaning of feminism.

Anyway, sorry for rehashing what I’m sure is old hat here. However, the TX primary is about a week away so it’s still fresh in my mind!  Also, it’s my first diary. Be gentle! 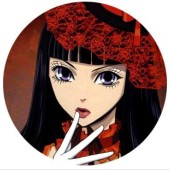 BBC Propaganda and the Mau Mau

Bush and His Billionaires Caused It. Let Them Pay ©

i agree with you completely.

Thanks, Boo 🙂  and thanks for the reply !