Listen to Betsy Markey (candidate for CO-4) LIVE on BlogTalkRadio

It may come as a surprise to some, but Colorado’s 4th District was recently ranked by the Washington Post as a top 10 House race to watch, despite Marilyn Musgrave holding onto the seat for the past three elections. However, to those who know Betsy Markey, this is not really a surprise at all, especially when you consider that Musgrave’s vote total in 2006 (46%) was the lowest winning percentage in the entire country.

And you can hear Betsy LIVE today at 11AM Eastern/8AM Pacific talking to thereisnospoon and I on our BlogTalkRadio show.

Betsy’s background, credentials and experience is pretty impressive, especially in a purple state that hopes to trend blue over the next couple of years. She worked in the Treasury and State Departments from 1983 – 1988 (under the Reagan Administration) and (according to her Wikipedia profile) served as Director of Computer Security Policy and Training and worked with all bureaus to craft computer security policy. She created the Department’s first comprehensive computer security training program for management, security personnel and support staff globally. For her work, Markey received the State Department’s Meritorious Honor Award.

After leaving the State Department, Betsy co-founded a software company and later also owned another small business. She also served as President of the Larimer County Food Bank’s Board of Directors and helped raise around $1,000,000 so that the Food Bank could expand its services.

Most recently, she was US Senator Ken Salazar’s Regional Director of Colorado’s North Central and Eastern Plains and worked very closely with Salazar directly.

Here is Betsy’s position with respect to healthcare, where she discusses preventative care as well as addressing the inefficiencies the current “system” provides (from her campaign website):

As a former Federal employee, I received excellent healthcare benefits. Every American should be able to have the same access to affordable health care that I was privileged to receive. President Nixon first proposed a sweeping national health care plan in the 1960’s that fell victim to the groups most entrenched in the medical-industrial complex. The cost of healthcare is crushing our citizens and businesses and weighing down our economy. We need to focus much more on the prevention of diseases. Seventy-five percent of health care costs are attributable to chronic diseases such as heart disease, asthma, and cancer. We must reduce the costs and increase American’s quality of life through emphasizing disease prevention. Make no mistake: every American in this country has some form of access to health care through our emergency rooms. This is expensive, unsustainable and highly inefficient. We must address how to provide healthcare, particularly preventative health care, to everyone in the most efficient and equitable way. Washington has ignored this problem for too long and it has now reached crisis proportions. It is time to make America more healthy and make affordable healthcare a national priority.

And here is her position with respect to the growing energy crisis, being that Colorado is in a position to take the lead in this area:

We have a unique opportunity at this time in our history to change the way we power this country. Colorado is poised to lead this effort. Our state’s wind, solar and agricultural energy supplies offer opportunities to create jobs, protect the environment, and decrease our dependence on foreign oil. The nation needs to get serious about global warming and climate change. American support for research in new alternative technology should be one of our highest priorities. Success in developing alternative energies is important not only to the environment, but also to America’s security. We must prioritize and support programs to substantially reduce the carbon emissions that cause global warming. Much of the carbon emissions are caused by old-style power production and our wasteful consumption habits. We can reverse these trends with cost-effective green building technologies and a national effort to change how we use energy. Each one of us can make a huge impact on our environment by being informed consumers and changing our own consumption habits.

Please consider donating some time or money to this very important race – as it represents a prime opportunity to turn a red seat blue.

I recently posted a diary announcing a series of BlogTalkRadio interviews with Democratic Congressional candidates as furthering the majorities in Congress, especially with progressives, is a sure fire way to help our cause. Not only do I think this is a great opportunity to hear these candidates in their own words talking about their district, their campaign and the issues they hold dear, but also to keep some focus on Congress, because without more progressives in Congress who are willing to stand up and fight for the ideals that we discuss here daily, it really won’t matter if Clinton, Obama, Romney or McCain is in the White House because a progressive agenda would not even begin to be seriously discussed, nor would a right wing agenda be able to be thwarted.

Prior interviews in this series are below:

Our next interview is tentatively set for this Friday with Daily Kos’ own Ron Sheptson who in addition to posting as “CanYouBeAngryAndStillDream”, is a super nice guy and a good friend of mine.

We also have commitments from a few others, but no dates set. We will keep you posted, and if there are any folks out there who work on a campaign, or know someone who is either a candidate or works on a campaign who may be interested, we would love to hear from you.

I hope you can listen live, and if not, we will be posting the interview at Heading Left, which is BlogTalkRadio’s official website for progressive internet radio and podcasts.

Education and "The Mighty Wurlitzer" 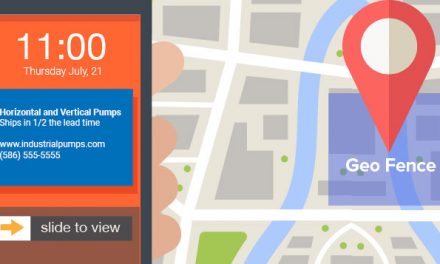