EENR For Progress: Standing with Our Military Families and Our Veterans

[cross-posted from EENR blog, a progressive community focused on issues and civil discourse]

“I believe in a sacred contract between our country and America’s veterans and military families. We must stand by those who stand by us. When our service men and women sacrifice so much to defend our freedom and secure peace around the world, we have a moral obligation to take care of them and their families.” – John Edwards

Yes, I know, John Edwards is not in the race for president any longer.  But that does not diminish the power of his efforts to ensure that we treat our military with the respect they deserve — the active military and their families and the veterans.

Standing By Our Heroes:

As part of the Edwards plan to help returning service men and women with disabilities, there are 5 steps that need to be taken immediately:

We all remember the headlines and stories about Walter Reed Hospital that came out last year.  The situation there may have been corrected (to some extent), but I have little faith that the other problems reported on then have been solved.  Our troops still return with the same signature injuries; our troops are still facing months and months of delays and denials on their disability claims; our troops are still told they will have to wait months before treatment can be arranged for PTSD and other mental health issues that are a direct result of experiences in battle.  And this Administration still considers outsourcing the solution rather than dedicated funding for training and retention of experienced caseworkers to help our returning service men and women get through the mounds of paperwork and roadblocks to adequate care and assistance.

While General Petreus is testifying this week, I wonder if anyone will think to ask him about the condition of the troops returning for their third, fourth, fifth rotations, about the morale of those still under stop-loss extentions, or about the troops that return to their units after being diagnosed with severe PTSD and depression.  I wonder if anyone will think to bring the issues of war back to the issues of our military men and women and the treatment they are receiving at the hands of this government.

Learn How to Laugh:

It was back in January 2006 that USA Today ran a story on a program being promoted by the Pentagon:  Pentagon to families: Go ahead, laugh.  Pretty hard not to ridicule the idea of the Defense Department sending someone to bases around the country to counsel military spouses and children to laugh.  I actually do think that smiling even when you don’t feel like it can help turn an emotional corner at times, and laughter can be the best medicine.  Still, while I’m not sure I’d exactly ridicule their efforts, I remember reading the story and thinking, “Really, this is their answer?”

The last statistics on children in military families I could find is from February 2007:  “700,000 children have at least one military parent deployed overseas — more than 2,700 have lost a parent in Afghanistan or Iraq.” We can assume those numbers have only increased in the past year. So think of the effect on those 700,000+ children with mothers and fathers deployed away from home. Consider especially the SMKs — the children of National Guard members known as “suddenly military kids” who don’t live on military bases and didn’t grow up expecting their mother or father to disappear into a war zone.

Research suggests that military children fare worse when a soldier-parent is deployed for a combat tour. According to a new study published in the Aug. 1 [2007] issue of the Journal of the American Medical Association, when an enlisted parent left home, the rates of confirmed child abuse and neglect rose more than 40%, at the hands of the parent who stayed behind. “These findings were consistent regardless of parents’ age, rank or ethnic background,” says Deborah Gibbs, the study’s lead author, “indicating that deployments are difficult for all kinds of families.” (Time, July 31, 2007)

There are programs for these children, to help them feel connected to others experiencing the same problems and to help them and their at-home parent cope with the additional stress on the family that comes from having a parent away. But are we doing enough?  Wouldn’t having our troops out of the war zone do more than another activity book or project?

Beyond the health care concerns and the stress on military families, this country can and should do much more to support the families of our service men and women.  Another aspect of the Edwards plan is to:

Five years into the Iraq misadventure, Congress and the Department of Labor are just now making adjustments to allow military family members to take time off under the Family and Medical Leave Act without fear of losing their own jobs.

The Labor Department said it was also drafting regulations to put into effect important changes that Congress approved this month to leaves for the families of wounded veterans. Under the Defense Authorization Act, which awaits President Bush’s signature, family members would be allowed to take up to six months of unpaid leave to care for wounded military personnel.

The defense act would also let workers take up to 12 weeks off for “any qualifying exigency” related to a family member’s call-up to active duty or deployment. These changes are the first in the leave act since it was passed in 1993.

“Anything that will ease the burden of these families is welcome,” said Nancy Lessin, a co-founder of Military Families Speak Out. “It’s good that people won’t lose their jobs when they’re dealing with these horrible situations that will often last a lifetime.”
(NYT, Jan. 25, 2008)

Just as the Pentagon was unprepared for winning “the war,” they were equally unprepared for the stress this endless war would have on the people expected to wage the war and the families involved. 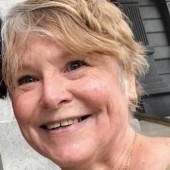 CIA in a Bind

Blessed Are the Peacemakers: An Atheist Perspective

Race and Rape: Delores Brewer and the Louisiana GOP Must Apologize Immediately