This is my first time posting on Booman Tribune…you can blame BooMan and also Randy H, a fellow Nevadan. (This is also posted posted on my blog.)

As John McCain continues using guilt-by-association tactics to falsely portray his political opponent as a radical terrorist sympathizer, it’s worth remembering that McCain himself has a little terrorism problem of his own.

In the early 1990s, McCain sided with right-wing domestic terrorists and voted against tough new legislation cracking down on a wave of anti-choice domestic terrorism targeting women who visited abortion clinics, their doctors, and clinic staff.

In both 1993 and 1994, McCain voted against the anti-terrorism measure. On each occasion, McCain was one of thirty radical anti-choice Senators to oppose the bill. Fortunately, despite McCain’s opposition, it passed the Senate by a 69-30 margin.
At the time, right-wing anti-choice extremists were terrorizing women, doctors, and clinic staff across the United States with thousands of acts of physical violence and threats of violence each year. The new legislation was necessary because in early 1993, the Supreme Court had ruled that even though the terrorism crossed state lines, the federal government could not protect clinics without a specific grant of statutory authority.

After Dr. David Gunn was murdered by an anti-choice terrorist outside the Pensacola Women’s Medical Services clinic, Congress finally passed the much-needed legislation giving authorities the tool they needed to protect women, doctors, and clinic staff from the ongoing threat of terrorism.

Most Americans welcomed the new law — even including far-right conservatives such as Kentucky Sen. Mitch McConnell. Nonetheless, John McCain stood by his extremist views and opposed the anti-terror bill.

McCain’s radical position against the anti-terrorism legislation is clearly relevant in light of his recent attacks on his Democratic opponent. Although there is no indication that McCain himself supported any of the specific acts of domestic terrorism against women, their doctors, or clinic staff, radical anti-choice activists strongly supported his vote against the legislation, hoping to deprive the Federal government of an important legal tool for combating domestic terrorism.

McCain’s reluctance to crack down on domestic terrorism against women, their doctors, and clinic staff illustrates his extremist views on reproductive freedom. Unfortunately, many women — including an alarming number of his own supporters — are unaware of just how radical McCain’s positions are.

According to a March, 2008 survey of women in battleground states conducted for Planned Parenthood, half of women voters do not know whether McCain is pro-choice or anti-choice. Even more striking, 46% of women who support McCain want are pro-choice, and 36% of those pro-choice, pro-McCain women said they were less likely to vote for McCain once learning about his staunch anti-choice record.

Now that McCain has decided to make terrorism an issue in the campaign, voters deserve to know more about his decision to side with domestic terrorists and against women, their doctors, and clinic staff. In the process of telling that story, pro-choice Americans will learn more about his radical and extreme views on reproductive freedom — and his strange tolerance of domestic terrorism.

More details on the anti-terrorism legislation opposed by McCain:

At issue is a 1994 law protecting abortion clinics from anti-choice terrorism. In May, 1994 the Senate passed the legislation by a 69-30 margin, and John McCain was among the cabal of anti-choice Senators who voted against the bill.

McCain’s opposition to the legislation is rather remarkable. Its provisions were narrowly tailored to protect clinics from the wave of anti-choice terrorism that was sweeping the nation at the time. (Read the full legislation here.)

Here’s how the New York Times described the new law when it first passed the Senate in November, 1993 (it passed by the same margin as the final bill, and McCain opposed it both times):

The Senate voted overwhelmingly today for a Federal law to prohibit bombings, arson and blockades at abortion clinics, and shootings and threats of violence against doctors and nurses who perform abortions..

The vote was 69 to 30. Twenty-eight senators who voted against Federal financing of abortions six weeks ago supported the measure, seeing it as a law-and-order matter rather than as an abortion issue.
“This legislation seeks to silence the entire pro-life movement,” contended Senator Jesse Helms, Republican of North Carolina. … But Senator Edward M. Kennedy of Massachusetts insisted that Federal legislation was necessary because “anti-abortion violence and blockades have been occurring across the nation as part of a coordinated, systematic campaign to intimidate abortion providers and patients, and state and local authorities have been unable to control it.”

…The legislation was spurred by two events last winter, a Supreme Court decision prohibiting the use of a Reconstruction Era statute against Operation Rescue’s efforts to blockade abortion clinics and the killing of Dr. David Gunn, who performed abortions in Pensacola, Fla., and had been pictured in “wanted” posters by abortion foes.
…

Senator Barbara Boxer, Democrat of California, an abortion rights supporter who helped Mr. Kennedy manage the bill, said: “This year we have witnessed a growing, nationwide campaign of violence directed at reproductive health care clinics. What were once peaceful protests have escalated to acts of force and terror.” Doctors Offices as ‘War Zones’

She said that because of the anti-abortion movement, American women “have seen their doctors’ offices transformed from safety zones into war zones.”

Mr. Kennedy said that over the last 15 years, “more than 1,000 acts of violence against abortion providers have been documented in the United States. Over 100 clinics have been bombed or burned to the ground.”

He said the problem was getting worse, citing a recent survey by the Feminist Majority Foundation, which showed that half of 281 abortion clinics that responded to a survey it conducted this summer reported violence against them in the first seven months of the year.

After the bill was passed, Mr. Kennedy told reporters, “This is a resounding victory for law and order, a clear message to those who have been terrorizing doctors and women and nurses all across the country.”

The New York Times editorial board strongly supported passage of the legislation:

Federal help may soon be on the way for women who seek abortions at clinics threatened by Operation Rescue and other anti-choice fanatics. The Senate is committed to take up immediately the Freedom of Access to Clinic Entrances Act and to vote tomorrow after only limited debate. A similar bill will reach the House floor on Thursday.

Congress is moving swiftly to fill a void created in January when the Supreme Court refused to read existing civil rights laws broadly enough to protect women from marauding extremists. Attorney General Janet Reno has given hearty support and President Clinton is happy to sign the bill.

The law is needed because violent factions of the right-to-life movement don’t stop at state lines with their nationwide campaigns of blockades, scare tactics and physical violence, even the murder of a clinic doctor in Florida.

The bill would set criminal penalties for the use of force or threat of force, or physical obstruction aimed at preventing women from obtaining a clinic’s service. Penalties would range from up to a year in prison for a first offense to life imprisonment for clinic violence that causes death. The bill also provides for civil lawsuits and, perhaps most effectively, for Federal court injunctions to regulate demonstrations and keep them peaceful.

Opponents of abortion — and the bill — argue that they are being singled out for Federal persecution because of their ideas. That’s nonsense. Those who deeply believe that abortion is murder are free to believe and speak and peaceably protest.

If protesters cross the line between dissenting speech and illegal action — if they trespass, block entrances and chain themselves to doorways — then they must pay the criminal or civil penalty, just as civil rights demonstrators have always done if they invaded the rights of others. Operation Rescue and other radical groups invite this Federal response by the very act of overwhelming state and local peace forces.

Some of the bill’s opponents are preparing amendments designed to weaken or complicate it; lawmakers should resist them. By holding to the basic bill, Congress can rise to its duty of safeguarding the constitutional rights of women who choose to have abortions and the safety of those who provide them.

(Also at The Jed Report.) 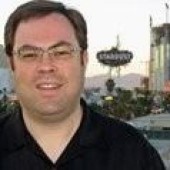 st. john, the panderer, seems to have an issue with women’srights in general, as evidenced by this recent action item from CREDO. it appears that now he’s blocking the Ledbetter Fair Pay Act:

After the Senate recently failed to get the 60 votes necessary to force an up-or-down vote on the Lilly Ledbetter Fair Pay Act, Senator John McCain said that widespread gender-based pay inequity isn’t due to discrimination. In his view, women just need more “education and training” to close the wage gap…

all l hear is the sound of crickets.

looks so…or to keep them barefoot and in the red light district… if what I read in a credible mag is true.

Any man who, in the public square, would use the c^^t word to describe his wife in her presence has more than just a little difficulty.

this should be one interesting GE campaign. Where will Hillary’s girls go?

Good to see you posting here. I’ve thoroughly enjoyed some of your video diaries on Kos.

Thanks for the post, jedreport. Your blog’s great, too, btw. As you indicate, terrorism has many faces. McCain’s views on choice are both well-established and scary as hell, and anecdotal evidence at least, suggests a general pattern of casual misogyny in many other areas. The many women who make up Hillary’s base need to snap out of it and think about McCain and his political commitment to them, because Obama will be their only viable alternative in November. And now that I think about it, this issue itself is just a piece of the problem the DNC and the Obama… Read more »

This part struck me in particular: McCain’s reluctance to crack down on domestic terrorism against women, their doctors, and clinic staff illustrates his extremist views on reproductive freedom. Unfortunately, many women — including an alarming number of his own supporters — are unaware of just how radical McCain’s positions are. According to a March, 2008 survey of women in battleground states conducted for Planned Parenthood, half of women voters do not know whether McCain is pro-choice or anti-choice. Even more striking, 46% of women who support McCain want are pro-choice, and 36% of those pro-choice, pro-McCain women said they were… Read more »