Pennsylvania is on the threshold of breaking new ground
because of her Single Payer Universal Health Care initiative, HB 1660 and SB 300, which,
if passed, will make health care available to every
Pennsylvanian.

Health Care For All PA http://www.healthcare4allpa.org
is taking this initiative to the
next level, which I will explain shortly.

Meanwhile, the press ignores these Bills.

Meanwhile, Governor Rendell plans to pass PA ABC which
will cover only 200,000 Pennsylvanians, out of the 1.4 million who currently have no health insurance at all.

This will make a bad situation much, much worse here in
the Commonwealth.
But no matter how media and corporate monopolies ignore
the inevitable, we are heading toward Single Payer one way or the other.

Single Payer is publicly funded while the Blues are
privately funded.

The insurance companies compete against the for profit
powers represented by Aetna and United and all the rest while Single Payer is designed for the public good.

One enriches shareholders and an elite few while the other is designed to provide quality, affordable health care for everyone here in Pennsylvania.

The IBX/Highmark merger has prompted concern among critics about competition in the insurance market and clout the new company would wield in setting reimbursement rates for hospitals and doctors,
an article in Pittsburgh’s “Business Times”, May 26, 2008 states.

The consolidation of IBX and Highmark is the largest
insurance company deal ever proposed within any state and will create a $22 billion dollar company.

Our grassroots group, Health Care 4 All PA, supports
Single Payer because it’s the best way to fulfill our mission: to bring quality, affordable health care to all Pennsylvanians.

We’ve decided to protest the merger because it runs
counter to our mission.

Governor Rendell has cut a deal with Highmark and IBX to help them get the merger approved in return for their help, financial and otherwise, in passing PA ABC.

Approximately 95,000 are on the waiting list and these
plus 120,000 others would in theory gain access to PA ABC.

However, because there is a 4% annual increase by the
health insurance companies after the second year, and add to this increased rates for participants under PA
ABC than they were paying under Adult Basic, you can
safely project that poorer Pennsylvanians will be forced to lose health insurance coverage.

People on the waiting list will potentially be withdrawing their names.

The Governor is not telling us the truth: that at the very least, PA ABC is under funded and enrollment ends when the money is spent.

Yet Rendell continues to assert that PA ABC will cover
everyone.

Additionally, PA ABC will also reinstate the State subsidy for malpractice
insurance which the Governor had withdrawn previously, in the attempt to gain support for PA ABC.

Malpractice would only be reinstated, however, for those physicians who add the PA ABC patients as enrollees, with payout at low Medicaid-like fees.

Health Care 4 All PA needs to empower those legislatures who resist this ploy
by helping them to see that resisting this makes moral
sense.

(Thanks to Jerry Policoff for making available the above statistics on Adult Basic and PA ABC. Jerry will be writing a more comprehensive article on this
very topic in the days to come).

Governor Rendell is on record as saying he will sign HB
1660 if it comes across his desk.

Our grassroots efforts have many dimensions. We see the
corruption of the insurance companies and we see the politicians who pander to them.

Our growing grassroots movement needs to become
aggressively disciplined and organized to fight the forces of ignorance here in Pennsylvania.

So we have taken it to the next level which is: Gaining
support for an economic impact study to outline exactly how much Universal Access to health care will cost in the Commonwealth.

We need the economic impact study because our group is not a legislative body.

The study does not guarantee passage, but makes the case for passage.

Keep in mind that Rendell’s PA ABC did not have an
economic impact study.

The Casino and Gaming initiatives had no economic impact study.

The bar is set higher for us.

We’ve hit every standard and crossed it.

We will not back down.

We will get the money for the economic impact study in the
Autumn of this year.

Health Care for ALL in Pennsylvania Rally and Press Event

Protests are scheduled all over the State and Country!!

Contact your local Progressive Activist group to get all the details!! 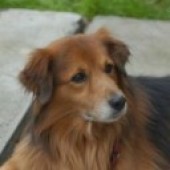