The topic below was originally posted on my blog, the Intrepid Liberal Journal.

David Iglesias is the prototype twenty first century Republican: charismatic, Hispanic, an evangelical Christian and a captain in the Navy Reserve who served for many years in the Navy’s Judge Advocate General Corps (“JAG”). In  1998, Iglesias campaigned to become Attorney General of New Mexico against the heavily favored Patricia Madrid. He nearly pulled off an upset and the Republican Party took notice. In 2000, Iglesias paid his party dues and worked for George W. Bush’s election.
As a reward, President Bush nominated Iglesias in 2001 to be the United States Attorney from the District of New Mexico. His sponsor was longtime Republican Senator Pete Domenici. The position of U.S. Attorney has served as a springboard for many political careers and Iglesias appeared to be on the fast track. Highly regarded by his peers, Iglesias served as chairman of a committee of U.S. Attorneys that advised former Attorney General John Ashcroft about border and Immigration issues. The Justice Department had also given his office high marks for performance.

However, as the first installment of the just released Department of Justice Inspector General report illustrates, professionalism took a back seat to political prerogatives when it came to personnel decisions. A pervasive culture of hyper-partisanship at the Justice Department ultimately cost David Iglesias and nine other U.S. Attorneys their jobs last year. It also resulted in a metastasizing scandal that forced Bush loyalist Alberto Gonazles to resign as Attorney General.

David Iglesias became persona non grata in the Republican Party when he resisted political pressure while carrying out the responsibilities of his office. One example was his cautious evidenced based approach while prosecuting voter fraud. Specifically, Republicans feared that the votes of minorities and the poor in New Mexico could adversely affect their candidates in what had become a polarized state. Al Gore defeated George Bush in New Mexico by a mere 366 votes in 2000. Hence, Republicans viewed prosecuting voter fraud as a means of suppressing Democratic turnout in elections that could be decided on the margins. Iglesias dutifully investigated voter fraud and found virtually nothing to prosecute, angering the White House.

Another example involved a public corruption investigation against powerful Democratic New Mexico state legislator Manny Aragon. In 2006, while Iglesias took a measured evidenced based approach to investigating Aragon; Republican Congresswoman Heather Wilson was in a tough re-election fight against New Mexico’s Democratic Attorney General, Patricia Madrid. The same candidate Iglesias lost to in 1998. Republicans hoped that an indictment filed against Aragon prior to Election Day would make Madrid appear professionally lax as New Mexico’s Attorney General. However, Iglesias didn’t believe the case was ready and didn’t want to undermine the investigation or chances of conviction by filing an indictment prematurely.

The events that followed are well known. Both Representative Wilson and Senator Domenici inappropriately telephoned Iglesias hoping to persuade him to indict Aragon. Iglesias didn’t budge and he was asked to resign on December 7, 2006. Six of his colleagues with similar experiences were also asked to resign on the same day and a political firestorm engulfed the Bush Administration, his Attorney General and the entire Republican Party. Domenici, his reputation and legacy forever tarnished opted not to seek re-election this year because of poor health. Congressman Wilson hoped to replace Domenici in the Senate but she lost the Republican primary on June 3rd.

Iglesias memorialized his experience with his new book, In Justice: Inside The Scandal That Rocked The Bush Administration (Wiley & Sons). Former Ambassador Joseph Wilson had the following praise for Iglesias’s book:

“In justice is a chilling tale of the subversion of the Constitution for political purposes. What was done to David Iglesias and his colleagues constitutes complete and utter disregard for the role of law that underpins our great republic. Americas will rightly be appalled and Republicans ashamed at this abuse of power.”

Iglesias agreed to podcast interview with me over the telephone about his book and the scandal that made him an important historical figure. Our conversation was just over sixteen minutes.

This interview can also be accessed at no cost via the Itunes store by searching for “Intrepid Liberal Journal.” Another option is to access a flash media player on my blog. 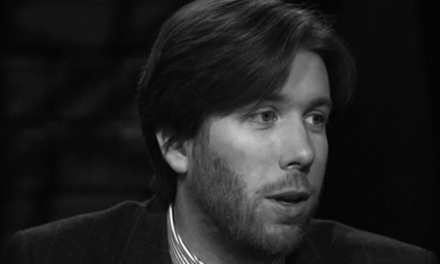 Why Did the FBI Go After Clinton Before Trump?