Ron Suskind has a new book coming out that reveals, among other things, that the White House authorized the CIA to backdate a forged memo from the head of Iraqi intelligence to Saddam Hussein that purported to show that lead-hijacker Mohammed Atta was trained in Iraq in the summer of 2001. The memo was created by the CIA and leaked to Con Coughlin of the UK Telegraph, who dutifully wrote it up on December 14, 2003, the same day that Saddam Hussein was ‘pulled from a spiderhole’ near Tikrit.

Steven D and I have known for many years that Con Coughlin, Executive Foreign Editor of the UK Telegraph, is an American intelligence asset. As recently as January 2007, Steven nailed Coughlin in his article: Oh My God! North Korea is Helping Iran Get Nukes!. [Aside: please take the time to scroll down to Steven’s section on Con Coughlin’s Track Record]. As early as June 2005 I wrote an article about William Safire’s incestuous relationship with the UK Telegraph and the Office of the Vice-President: William Safire Worked for Military Intelligence.

I also have a theory that Safire’s mission was to promulgate fabricated intelligence into the mainstream media, while attacking anyone in the CIA or the State Department that questioned the legitimacy of that intelligence.

My research on this is incomplete, and this impression is largely an intuitive one that developed over time. I began noticing that outrageous claims about Iraq were being published in certain British news outlets and then ignored by the American media. A few days would pass, and then Safire would use the British articles as sources for his columns. Then FOX News would report on what Safire had written. It appeared to be a disinformation loop.

The Booman Tribune community even did a project using Lexis-Nexis to find examples of Safire’s disinformation between 9/11 and the start of the Iraq War that was sourced through the UK Telegraph and The Australian (special h/t to wanderindiana). My big piece that foreshadowed Ron Suskind’s revelations ran on July 8, 2006. It was entitled Psy-Ops in the Global War on Terror and it detailed the exact same December 14, 2003 article by Con Coughlin that we now know was authorized on “creamy White House stationery.” This story is even worse that the write-up that The Politico gave it this morning (and, apparently, than even Suskind reported). Why? I’ll quote from my July 8, 2006 piece:

It’s December 14, 2003, the day Paul Bremer announced Saddam’s capture to the world. Despite the euphoria surrounding the nabbing of the Butcher of Baghdad, the White House has a few niggling problems. David Kay is about a month away from telling Congress, “we were all wrong” about Saddam having weapons of mass destruction. John Ashcroft is two weeks away from assigning Patrick Fitzgerald to investigate the outing of Valerie Plame in the Niger document scandal. And, on top of these problems, investigators pouring over Iraqi intelligence documents have found no evidence of a working relationship between Iraq and al-Qaeda.

No WMD, no link to al-Qaeda, no flowers and chocolate, and a deadly insurgency are putting Bush’s re-election prospects in danger. Enter Ayad Allawi, a former CIA agent. He suddenly discovers a document that kills two birds with one stone. News of the document breaks in the then Conrad Black owned UK Telegraph. Somewhat astonishingly, the document simultaneously provides proof that lead-hijacker Mohammed Atta visited Iraq in 2001 and received training and that Iraq had actually received uranium from Africa.

That’s right. The memo was actually sought to prove both that Atta had trained in Iraq and that Iraqi really had sought uranium from Niger. And it was vouched for by none other than Dr. Ayad Allawi.

Although Iraqi officials refused to disclose how and where they had obtained the document, Dr Ayad Allawi, a member of Iraq’s ruling seven-man Presidential Committee, said the document was genuine.

“We are uncovering evidence all the time of Saddam’s involvement with al-Qaeda,” he said. “But this is the most compelling piece of evidence that we have found so far. It shows that not only did Saddam have contacts with al-Qaeda, he had contact with those responsible for the September 11 attacks.”

In December 2003, he flew to CIA headquarters in Langley together with fellow [Iraqi National Accord] INA official Nouri Badran to discuss detailed plans for setting up a domestic secret service. The agency was to be headed by Badran, a former Ba’athist who served Saddam as an ambassador until 1990, and, controversially, recruit many agents of Saddam’s Mukhabarat.

Allawi went on to serve as Iraq’s Interim Prime Minister from June 2004 until the January 2005 elections.

The U.K. Daily Telegraph has emerged, in the Bush years, as one of the least reliable papers in the Western world. They routinely publish unsourced or poorly sourced rumors or even rank propaganda. Today, they seem to be breaking some kind of big story, but it is much more likely that this is more of a psychological campaign that is aimed at the Iranian leadership.

Yesterday, Cheney and his minions used the UK Telegraph to warn Iran about the potential for an Israeli airstrike coming through Iraqi airspace. Today, the Pentagon responded in the Times of London…

…It looks like we need to start reading the British papers each morning before we read our own. They are getting all the scoops and propaganda now.

The idea that a document might exist that simultaneously proved an Iraq connection to 9/11 and that Niger diverted uranium to Saddam…coming in December 2003 (right before Patrick Fitzgerald was appointed to investigate l’affaire Plame) was rightly regarded with extreme skepticism in the American press. Only Dick Cheney’s personal stenographer, William Safire, was dishonest enough to give it credence…

…Michael Isikoff and Mark Hosenball quickly debunked the memo and it is largely forgotten. But Cheney did not forget, and Allawi got a promotion to his interim Prime Minister position. He quickly worked to set up an internal security service that relied heavily on former Ba’athists and made himself immensely unpopular among both Sunni and Shi’a by approving the American attacks on both Najaf and Falluja. 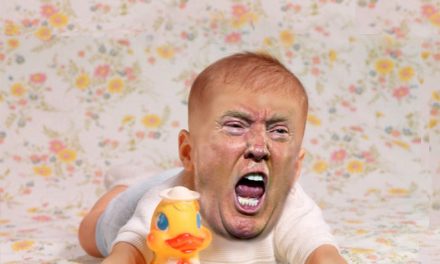 Barack At The Beach, Clinton In The White House