The Senate Committee on Environment and Public Works has the following jurisdiction:

As you can see, there’s a lot of area that the E&PW Committee covers, and a lot of it is germane to Barack Obama’s economic stimulus plan. In general, congressional committees tend to be consistent in attacting a certain type of politician. Liberal Democrats gravitate towards committees that focus on health, education, civil rights, and the environment, while conservative Democrats gravitate towards committees that deal with the Armed Services, Natural Resources, Energy, and Agriculture. The Senate E&PW Committee is no different. Here’s a look at the current makeup of the Democrats on Environment & Public Works (by seniority):

With nineteen members, the E&PW Committee is on the small side. It currently has 10 slots for Democratic caucus members and 9 for Republican caucus members. That should change to an 11-8 split in the next Senate. With Lieberman kicked off the committee as punishment for campaigning with McCain, and with Clinton leaving to head the State Department, the committee should have three vacancies that need to be filled. Any incumbent can make a request to serve on E&PW but it isn’t one of the more prestigious committees so it’s likely that the three slots will be filled by freshmen senators.

It’s not an iron-clad rule, but it’s rare for two senators from the same party and state to serve on the same committee. That makes it unlikely that Al Franken would join Amy Klobuchar on this committee, even though he’s ideologically well-suited to serve here. There aren’t any glaring arguments against any of the other freshman, although Alaska Sen. Mark Begich may wish to avoid serving on a committee that is seen as hostile to his home state’s ambition to drill in ANWR.

It’s nice to have some regional balance and, as you can see (with the exception of Klobuchar and Baucus), this committee is manned-up exclusively with coastal politicians from the North. That’s a good argument for including Mark Warner of Virginia and/or Kay Hagan of North Carolina in next year’s line-up. It’s also a good argument for including either of the Udall cousins (Tom from New Mexico and Mark from Colorado). The most logical choice is Tom Udall, whose father was the legendary Secretary of the Interior Stewart Udall:

Udall was largely responsible for the enactment of environmental laws in Johnson’s Great Society legislative agenda, including the Clear Air, Water Quality and Clean Water Restoration Acts and Amendments, the Wilderness Act of 1964, the Endangered Species Preservation Act of 1966, the Land and Water Conservation [Fund] Act of 1965, the Solid Waste Disposal Act of 1965, the National Trail System Act of 1968, and Wild and Scenic Rivers Act of 1968.

I think Tom Udall is almost guaranteed a spot on the E&PW Committee. When it comes to staffing committees there are a lot of considerations. You want senators to be interested in the work and, hopefully, to bring some pre-existing expertise. It’s good, for example, to put lawyers on the Judiciary Committee. But committee assignments can also be politically strategic. For example, Jeff Merkley would greatly improve his chances for reelection if he could develop a good relationship with the more agrarian eastern part of Oregon. A spot on the Agriculture Committee would help make that happen, even if Merkley currently knows nothing about agriculture.

Another consideration is home state interests. Virginia is the home of many military installations, as well as most of the Intelligence Community. Sen. Jim Webb already serves on the Armed Services committee, but Warner could serve on the Intelligence and Homeland Security Committees so that Virginia has all its bases covered. But Warner is also an experienced businessman and former governor. He can bring expertise to the Budget and Finance Committees. Kay Hagan may want to represent Charlotte banking interests on Chris Dodd’s Banking Committee.

Of course, there is a downside to filling committees only with people with vested interests. If you fill the Armed Services Committee with senators whose home states are highly dependent on military spending, then you make it really hard to cut the Pentagon’s budget. I’ll be examining other committees in the coming weeks. Here are my recommendations for filling the (estimated) three available seats on Environment & Public Works:

Here’s how the new committee would look:

How’s that look to you?

News From Beyond the Senate Judiciary Committee Room 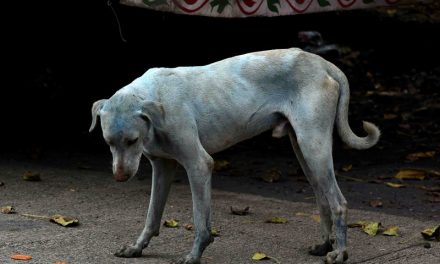 I think Merkley would be a reliable vote…probably more reliable than Hagan or Warner.  You can make an argument for him.  I see Shaheen as a Blue Dog-type senator, but her constituents are generally friendly on environmental issues.  There isn’t much of an ideological argument for Warner and Hagan, but I’d rather see some of our liberals staffing traditionally conservative committees like Intelligence or Armed Services than merely adding redundancy on liberal committees.

Thanks for answering. And this —

— seems to be the essential point. Convincing and interesting. Thanks.

I’d argue that with Obama’s plan relying on massive public works jobs, green energy jobs, and America’s response to climate change, this may be one of the “sexy” committees to be a member of, and a real opportunity to get good press by being on the right side of history.

Senators are going to want to bring those infrastructure bucks and green jobs home to their states.  It may not be freshmen who get those slots.

I’d like to see Jeff Merkley on it. It’s one of the top two on his wishlist, and he can’t be on the other (Energy and Natural Resources) because Ron Wyden is. I tried to figure out yesterday where he might end up, and the considerations are more complicated than I first realized.