I’ve written about Democratic Socialism more than once, citing shining examples of European models that work.

But really, I am a good old communist flower child at heart.

I can look at pictures of glistening cities, pristine example of architecture old and new, filled with lovely dining spots and walk to arts and culture and still be sickened.

I always wonder what their alleys hide, where the people serving the affluent there live like.
Preserving cultural advance is important, but I often wonder if there has to be such cost. I bemoan at times, that America tears everything down, and has no sense of history, but I also wonder about the moral lacking of a people who would bookmark millions for each building and let their people live in poverty.

Because in my mind, I know outside most of these bastions of taken entirely for granted excesses, lie slums full of hungry, tired hopeless people.

I hear them say, I love where I live, you can get exotic food from all over the world, feeling all smug and so very Continental. I wonder if they think speaking to a person of darker skins or sampling international food makes them feel like they have clues about the World’s true culture.

When people expound joyfully on their “healthy” fresh fruit and vegetable farmers markets, I envision the lives of those who pick these fruits going to bed hungry, while thousands of pounds of discarded “overripe” nutrition are discarded by the elitists for which they work.

The true face of our World is dirt poor and enslaved.

Our excesses have brought the ability to invest in research, yes. But other than when a few philanthropists decide to grant a few vaccines to a few chosen “lessers” mostly those developments are saved for the elites. Those elites are mainly Western Industrial Nations.

Perhaps those ideas of a benevolent “Parent” society assuages the guilt that any thinking person may feel. Not mine. I could never be affluent, I’d give too much away. I know me, I do it poor now.

I am left in the company of one.

Somehow, we were convinced along the way that sharing is bad.

Somehow, a supposedly “Christian” nation like the United States who taught every toddler to “share” personally, was brain washed into believing grown ups sharing is bad.

Somehow, that greed was masked in the rationalization of “fruits of one’s own labors” and the idea that poverty is the result of sloth.

! in 4 American homeless men are veterans. The rest of the world? The reasons are myriad.

Even our Constitution, which I speak fervently of upholding, with its lofty words of Commonwealth, Common Good, and Created Equal really, in its measures covers few of those things.

All it makes for is somewhat free slaves to economic disparity and the preservation of assets by the few wily enough to gain them.

The “overtake of the world by Godless Communism” was the boogeyman of my youth.

How does one need a God if he is living a life of care for everyone? That is being in God, a God oneself.

Have not Democracies failed, have not Empires based on Capitalism?

I call bullshit on the whole premise.

For in my heart of hearts, I know that Communism, in its real sense is merely HUMANISM. Humanism does not accept that there will always be suffering, and my acts cannot overcome that. Humanism knows that my acts can overcome that… for if we all stopped believing we cannot make a difference, we could.

Why is a life in South Africa, Nicaragua or Tibet worth less than mine?

Why in a country that claims to value life, air strikes on villages are applauded?

Why the FUCK do people think its fine to “Die for my ideals” when all that really means is “Kill those who don’t do and think as I say?”

You should not ever be willing to die for your ideals, anymore, that means killing for them. Our ideals should be in preserving all of humanity.

Yes, sometimes my brainwashing comes out and I get all “V”… but my soul screams for PEACE, for LOVE.

I don’t know how it can be done, but I know it can be done. I know the effort, time, brainpower, think tanks and money poured into preserving a status quo that is on EVERY level unconscionable could find a way.

We could bring health and relative prosperity to every being on this planet. We could have no one live in fear of War, no matter what their religion or social norm. We could.

There may still be broken people who commit crimes against humanity, but there would be far less in a civil World. They could be addressed case by case, rather than whole scale punishment of innocents, as War does.

We could have education that still respects cultural differences.

I am the FIRST monkey, perhaps, ready to give away everything and go anywhere to get it done.

Social security, national health care, free education, guaranteed housing, employment each to his abilities and each according to their needs.

Gay rights, women’s rights, Palestinian rights, Native American rights, Mexican immigrants rights, all those things people with their own agendas decry… these are mine.

I am for HUMAN rights, and I refuse to skim over one, or laugh it off, only to making scathing commentary over another.

Sure, its fashionable to care about Palestinians right now, but how many even read what is done to the natives of this country anymore? It was fashionable a year or more ago to care about Katrina, yet 75% of them are still not HOME.

It is not only the kleptocracy that makes these things possible. It is the ingrained idea of me and mine first that does it. It is the idea of demonizing a group that does it more.

Are people more worried about the Palestinians, or just more ready to demonize Zionists? Were people more interested in Katrina victims, or was it just a new reason to hate Bush?

I cannot stop caring about humanity to conquer anyone. I cannot compartmentalize people into “collateral damage” in my fight.

If my fight does not include caring about the individuals, then I have become what I despise. INHUMAN.

I am a Pinko Commie, and I will win, one LOVE at a time, one shoulder, one dollar, one kind act, until people learn to LOVE eachother enough to stop other people from abusing anyone.

The elites will never relinquish their ill gotten gains easily, but how can they stand against an army of humanity, an army of every person on the planet who LOVES every single person on this planet equally?

“They don’t stand a chance, against our love…”

Everyone deserves everything, no one deserves to withhold anything they don’t need to survive.

Everyone deserves freedom to be who they are, respected.

I am the first monkey and I stand alone.

No more.  Everything More.

I am a Pinko Commie, and I want to give you the World.

Are you ready to be Monkey Number 2? 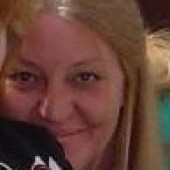 All for one aim: Multi-pronged approach to fight hunger

uh oh, disagreeing with larry johnson–am i in trouble?

The Old Gay Mayor Ain’t What He Used To Be

The experiments concerning the relative advantages of free market economics versus communism have been conducted. Sweden won. Since the 1930s, Sweden attempted to apply a model which was a compromise between free market capitalism and communism. Strangely, it was close to what FDR tried to implement, the liberal-socialist model that carried us into the 70s. Then came Reagan selling the line that free market capitalism was the way we could all become rich: screw the poor, screw Black folk, and praise the entreprenuers. So where are we today? Sweden won. For 70 years it had 2% unemployment, free medical care,… Read more »

And they are still saying that the problem is that we didn’t give the markets enough rope.