Michael Shear and Shailagh Murray in the Washington Post report:

Six months into his presidency, Barack Obama may have no greater test of his ability to translate personal popularity into a successful legislative agenda than the upcoming two weeks.

Knowing this, Obama has scheduled an emergency meeting of the Justice League. Or, actually, he has invited me to be on a conference call with him tonight that is just for bloggers. I suppose this is as close as I will ever get to getting a call from the president asking me to do something to serve my country. It’s quite a convenient time for me to schedule my vacation, but I’ll be headed for the Outer Banks next Sunday and will be facing limited internet access all next week.

Just as an aside, you’ll have a decent chance of seeing your diary front-paged next week if you craft a good one. We need more diary activity around here, so I invite you to start honing your skills.

With skepticism about the president’s health-care reform effort mounting on Capitol Hill — even within his own party — the White House has launched a new phase of its strategy designed to dramatically increase public pressure on Congress: all Obama, all the time.

Senior White House aides promise “an aggressive public and private schedule” for Obama as he presses his case for reform, including a prime-time news conference on Wednesday, a trip to Cleveland, and heavy use of Internet video to broadcast his message beyond the reach of the traditional media.

“Our strategy has been to allow this process to advance to the point where it made sense for the president to take the baton. Now’s that time,” said senior adviser David Axelrod. “I don’t know whether he will Twitter or tweet. But he’s going to be very, very visible.”

This is the big enchilada. We are almost within reach of a bill that will provide universal access to health care in this country for the first time. We are fighting to get a public option to the bill that will help drive down costs and prevent you from being coerced into buying health care insurance from the for-profit corporations. This is an issue that involves good vs. bad policy, budgetary concerns, and personal liberty. We want to pay for this bill with a combination of cost savings measures and a progressive surtax on America’s richest 1.2% of families.

We have the votes in our caucus to pass the pure form of this bill, which hews closely to Obama’s campaign promise, but we have many nervous or compromised members who need coaxing. If you have never advocated for anything else in your life, now is the time to change that. The next two weeks will not only determine whether or not we get a good health care bill passed, but they will have a huge impact on whether Obama is a successful president or not. So, please, get involved and find out what you can do to help. 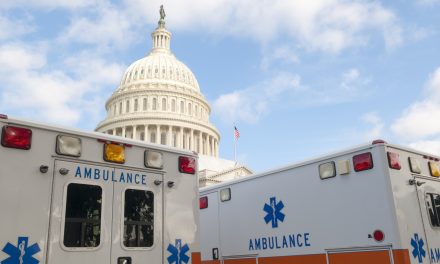 ObamaCare is On Target

We’re going to hear more from Gov. Jindal on this issue, and he needs to be forcefully discounted.  He’s held up as a policy wonk on healthcare, running the state’s Department of Health and Hospitals in his 20’s.  But, Medicare costs in his state remain the third highest in the country, after only New York and New Jersey (higher than Mass.).  He says he “knows something about healthcare.”  He apparently knows how to let providers run up costs in the system.

it appears any remaining hope of having a bill before the august recess has just left the building: …The president said it was time to “fight our way through the politics of the moment” and pass legislation by the end of the year, a shift in his repeated timetable. Obama had said previously that he wanted the House and Senate to vote on legislation before lawmakers leave town for their August recess, with a comprehensive bill for him to sign in October…. source from the same article, it appears the support/approval for his handling of the health care issue is… Read more »

If the President doesn’t have his party on board now, how will he get them on board after the big donors have three more months to bribe them?

it’s not going to happen until the “people” demand that it happen….that may sound simplistic, or over idealistic, but that’s what it’s going to take. 3/4’s of the american public want health care reform, and especially a public option. l busted my ass, and my budget,  working to get these demoRATs elected, and goddamn it, l’m not going to settle for some fucked up, half-assed, trigger driven pos legislation that the big money boys buy. even as watered down as the current proposals are, they’re far better than maintaining the status quo. the rats from both sides of the aisle… Read more »

just got off the phone with the president a little while ago.  Amato at C&L is downloading audio.  I’ll write it up tonight.

It’s pretty damn cool you were included on the short list of “prominant progressive” bloggers. I mean, Man, “just got off the phone with the president” isn’t a line many people get to drop.

CBtY and I had to listen for a minute to be sure it was really happening.  😉

Yeah, no doubt.  It’s a first for me.  Definitely an honor.