What other conclusion can one draw from Wolf Blitzer’s behavior on air attacking the attorney retained by Major Hasan’s family to defend him, than that he, a prominent CNN Anchor, doesn’t believe that a person accused of a crime by the Government deserves due process of law? Watch, please, what is one of the worst excuses for journalism by a non-Fox News broadcast “personality” in quite some time:

Let me provide Wolf with a little refresher course in the Bill of Rights. The Fifth and Sixth to the United States Constitution (you know, the one the Beloved Founders created for the Greatest Nation on Earth) states the following about the rights of persons accused of crimes by the government:

From the Fifth Amendment:

No person shall be … deprived of life, liberty, or property, without due process of law […]

From the Sixth Amendment:

In all criminal prosecutions, the accused shall enjoy the right to a speedy and public trial, by an impartial jury of the State and district wherein the crime shall have been committed … and to be informed of the nature and cause of the accusation; to be confronted with the witnesses against him; to have compulsory process for obtaining witnesses in his favor, and to have the Assistance of Counsel for his defence.

Wolf Blitzer apparently believes that people on trial for mass murder do not deserve the assistance of counsel, or, as it is more commonly referred to, the right to an attorney. Let me give Wolf a little history lesson on accused mass murderers and their rights to a fair trial and legal representation.

Jeffry Dahmer, serial killer and cannibal was represented by attorney Gerald Boyle at his trial for murder.

Timothy McVeigh, the Oklahoma City Bomber who killed 168 people when he exploded a truck bomb at the Murrah Federal Building, was represented by attorney Stephen Jones at his trial for murder. His trial was even moved outside the State of Oklahoma to Denver in order to provide him with a fair and impartial jury.

Charles Starkweather & Caril Fugate, the couple who went on one of the more infamous killing sprees in the 1950’s (on which the film Badlands is based), were represented at their trial by attorneys. Starkweather by Clement Gaughan and Fugate by John McArthur.

John Allen Muhammad, the Beltway Sniper who, with his accomplice teenager Lee Boyd Malvo, shot and killed at least ten people and wounded several others, was represented by several attorneys, including Peter Greenspun and Jonathan Shapiro, at his trial and afterward. Muhammed selected his victims at random.

These are just a few of the murderers who committed heinous crimes who were given their day in court and provided with assistance of counsel. Why do we allow such monsters to have trials? Because we are a nation of laws, not men. We don’t normally allow people to be convicted or punished for a crime without a trial and without the right to legal representation. This is one of those hallowed rights the men and women who defend our country seek to preserve for us.

To attack a respected and longtime military attorney for providing assistance of counsel is shameful. It cuts to the very heart of the principles that this nation was founded upon: that everyone is entitled to certain rights, and that no government can deprive us of those rights without due process, i.e., by following the law. And those laws provide that all persons accused of a crime by the government are entitled to legal representation.

Maybe Wolf and others like him in the media became confused about the applicability or validity of our nation’s laws because during the Bush administration so many laws were broken in the name of national security that he thought the laws no longer apply when the accused is alleged to be a terrorist, particularly an alleged Muslim terrorist. Maybe they think, like those who used to lynch African Americans without a trial during the Jim Crow era, that the law doesn’t apply to certain types of people.

Well, Wolf, despite what President Bush and his apologists told you, the law is important, and in a republic everyone is entitled to the protection of our laws, even alleged mass murderers who may have been motivated by fanatical ideological and/or religious beliefs.

Eric Rudolph is a self described Christian who committed acts of terror and mass murder because of his beliefs. He received assistance of counsel from attorney Richard S. Jaffe, and would have been given a fair trial under our laws, but he chose to accept a plea bargain instead to avoid the death penalty. I don’t remember anyone complaining that he was allowed to take advantage of his lawful right to assistance of counsel, even though his actions were just as bad as those for which Major Hasan is alleged to have committed.

Think about that the next time you attack an attorney who defends an accused criminal you don’t particularly like, for whatever reason. Justice means more than simply pointing a finger and yelling “Off with his head!” If that were the case, we’d still be living in the Dark Ages, or in one of those third world dictatorships, such as North Korea, which Americans condemn for their failure to provide basic rights, such as the right to an attorney.

PS. Maybe, Wolf, you should follow Glenn Beck and Lou Dobbs and move to Fox News. I’m sure they’d welcome you with open arms after this perfidious and pernicious performance as an alleged journalist. Obviously you have as much understanding of the term “fair and balanced” as they do. 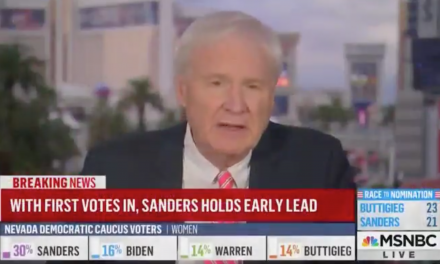 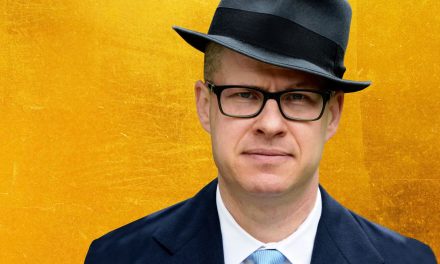