It’s the Jobs and Food, Stupid

The “economy” isn’t what its all about. Stock prices can rise, Goldman Sachs can give out bonuses galore, productivity can shoot through the roof, but until we start getting people back their jobs — good paying jobs — we are headed to Nowheresville. And for millions of people that means they go not only without work, but WITHOUT ENOUGH FOOD (and, yes, some things do require all caps):

WASHINGTON — The number of U.S. households that are struggling to feed their members jumped by 4 million to 17 million last year, as recession-fueled job losses and increased poverty and unemployment fueled a surge in hunger, a government survey reported Monday.

These “food-insecure” households represent about 49 million people and make up 14.6 percent, or more than one in seven, of all U.S. households. That’s the highest rate since the U.S. Department of Agriculture began monitoring the issue in 1995.

Additionally, more than one-third of these struggling families — some 6.7 million households, or 17.2 million people last year — had “very low food security,” in which food intake was reduced and eating patterns were disrupted for some family members because of a lack of food.

This is something the likes of Lou Dobbs and Glenn Beck and Rush Limbaugh with all their talent on loan from Satan will never understand, nor likely care about. After all, the gull enough people into listening to them babble lies and cry on cue and scream racially divisive rants into their microphones, (or make senior executives of major media outlets so sick of their bile that they throw millions of dollars at them just to go away and not to work) not to have to concern themselves with the needs of “people looking for government handouts” (to use their own words).

Nor are our elite class of pundits and politicians and lobbyists likely to get it, and by “it” I mean what it’s like to decide if you have enough money to pay the rent and make the peanut butter and bread last long enough until either your next unemployment check comes or your savings runs out.

I’ve been there, back in the early 80’s, the last time unemployment was this bad, and I can’t tell you how gut wrenching it is to see what little money you have drain away on a one room studio apartment in the attic of a converted house, unable to afford milk to wash those thinly spread peanut butter sandwiches down while you desperately look for a job each and every day. I was single, however. I can’t even imagine the anguish that many parents today (literally today, folks) must go through when they have to deny their kids a decent meal. And I’m not talking healthy food necessarily. Just any food.

In phone interviews, more than two-thirds of people with very low food security said they went hungry from time to time, and 27 percent of these adults said they didn’t eat at all some days. […]

[Agriculture Secretary Tom] Vilsack said the findings were consistent with the nation’s dire economic climate and that next year’s report probably would show a worsening situation due to continued job losses and rising unemployment.

Vilsack said the findings from the annual USDA survey of 44,000 households were a “wake-up call for America.”

One in seven people in America who are “food insecure” (and what a euphemism that is, right up there with “collateral damage” for detaching reality from raw meaning), and of that number, sixty-six point six – six – six (ad infinitum) percent who go hungry, with nearly another third who go without eating anything period on many days.

You know what I think? These are people ripe for the promises of demagogues, liars, propagandist and “rogues” who are and will be more than happy to tell them who is responsible for their misery. People who are ripe for finding scapegoats. And I know where they will find them. You do, too.

This news ought to increasingly worry Democrats, especially those Blue Dog Democrats and Conservative Democrats and weak kneed Democrats, and any other Democrats (even if only in name) who are afraid to spend federal money to create jobs — now because Republicans will run “attack ads” against them. Well I’ll let all those democrats in Congress in on a little secret, (and I’m only talking to those who oppose more stimulus money for anything) The Republicans are going to run those attack ads anyway, so you better have some bullets to fire back at them.

Because the longer people go without jobs, and the longer they go hungry, the more the table is set (no pun intended) for massive losses for Dems in Congress next year when these folks either blame them for the fact that they can’t find jobs or feed themselves and their kids properly, or they will simply stay away from the polls and not vote. The GOP won’t need to suppress voter turnout. Inaction to address this fundamental inequity in our society will do that for them.

One thing we know for sure: people without jobs, people who are skipping meals so their kids can eat, or because they just don’t have the money, won’t be spending any hard earned dollars on campaign contributions, because they won’t have any to spend. So my message to Congressional Dems that oppose more stimulus spending is this: Vote for the money and programs necessary to increase employment or lose your job. If you don’t, it’s your own funeral. 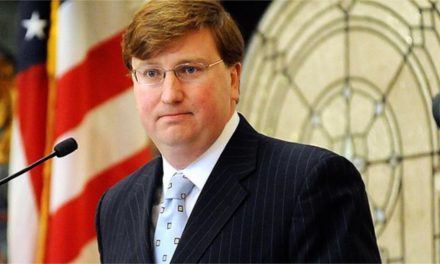 Why Doesn’t the South Memorialize the Victims of the Confederacy?

They’re Coming After Your Organic Foods

The top 1% of the population has wealth equal to the bottom 95% of the country.

How much is enough?

What separates the rich and the poor?
Who’s got the right to say, “I want more”?

yup. I eat one meal a day and have lost alot of weight since I became unemployed.

Sorry to hear that.

The “jobs summit” is a big joke that might turn out to provide a platform for the fiscal scolds to launch an attack on “entitlements” (Social Security, Medicare, and unemployment compensation) and argue once again for tax cuts “to create jobs”. Meanwhile the states are spending millions of dollars and sometimes hundreds of millions of dollars in tax breaks, infrastructure construction, and flat-out cash payments to get corporations to locate there — and are powerless to require the corporations to actually create jobs in return.  For example, the state of NC seems helpless in the face of Dell leaving a… Read more »

Right friggin’ on. It always pissed me off that Tim Kaine made a huge deal of bringing businesses to Virginia, gave them big tax breaks and viola! we got 15 jobs out of it.

And of course wink wink there are virtually no unions here so hell yeh, move your business here. Cheap labor, no union to worry about and zillions in tax breaks and well, we’ll build your building for you.

Well when Obama actually shows the will to do something about the situation, let me know.

but but but we have a JOBS SUMMIT.

The H-1B and L-1 programs bring THOUSANDS of Indians mostly here.  These are barely qualified, many of whom do not have the same qualifications that US IT workers have.  In many cases, US citizens are laid off while H-1B and L-1 are not due to the laws.  H-1B accounts for up to 66,000 jobs per year, while L-1 is much much higher.

These programs were once useful.  NOT TODAY.  They need to end, now.