How the "base" betrayed us

People who claim that President Obama betrayed the base are, at best, deeply confused. The Democratic Party had primary elections in 2007/2008. In those elections, there was a moderate reformer named Dennis Kucinich who supported things like single-payer medical reform and immediate withdrawal from Iraq. Kucinich was unambiguously repudiated by the actual Democratic primary voters (the base) who divided their loyalties between three centrists. The centrists argued over details of maintaining massive worldwide military presence, tinkering on the margins with the health care system, and minor reforms of the tax system. That is, the base, chose support a platform of rolling back the radical right wing policies of Bush, but signed up for the elite consensus on major economic, social, and geopolitical issues.

Reality: The American Public has populist sentiments, but is not willing to support even Kucinich level reform even with votes, let alone on the streets. The BASE selected centrism.
However, even before the election, the “progressive left” was building the case that Obama was going to break or already had broken his solemn vows to overthrow finance capital and usher in a reign of … well, we don’t know because the “progressive left” has not articulated a vision of what it wants much beyond “fire Rahm Emmanuel” or “lead”.  The wacky right wing attack on Obama’s centrist “moderatism” as wild eyed Muslim/Black Liberation Marxist extremism thus found a peculiar echo on the “left”.

In fact, the election of Obama was a huge victory for the actual left: labor unions, environmentalists, civil rights advocates, community organizations. Why? Because it blocked, at least for a while, the establishment of a right wing police state. Anyone who witnessed the operations of the Bush regime and its thuggish mercenaries in New Orleans during and after Hurricane Katrina must realize that normal bounds of civil liberty and rule-of-law were “quaint” in Bush/Cheney’s America. To elect a Democratic majority in the House in 2006 and a Democratic President in 2008 was a win against the odds – and in the teeth of a complicit media and highly organized right wing infrastructure. That reversal crucially depended on the defection from the Republicans of a big chunk of the finance and corporate elite – who, finally, had become nervous about the reckless character of the Bush regime.

Obama came to office, promising sensible centrist policies and in a coalition that extended from the labor movement to the disillusioned heads of large financial concerns. How anyone who claims to be “on the left” could mistake this for anything more than what it was, is hard to imagine.  Of course, Obama sold his centrism as something that was hot, delicious, and sizzly, not as putting the brakes on fascism – but he was exceptionally and unusually clear about what policies he would follow. So the victory in 2008 means that the “left” has a chance to organize political groups, field candidates, develop media and message – instead of going to jail or to exile or shutting up.
A chance for now.

One of the most annoying features of the post-election debate about what should be done is the persistent argument that objecting to the “we’re doomed and betrayed” line is tantamount to a demand for subordination. But the real problem with the petulant left is that it doesn’t seem to have anything productive to bring to the table. We’re not getting sit-ins and mass marches, or smart lobbying and incremental reform. calling your centrist allies chickenshit corrupt traitors who need to fire various of their major players seems highly unlikely to produce a positive result. The result seems more likely to be encouragement of the far right and an increasing probability they will be given another chance to make their control of the levers of government permanent. 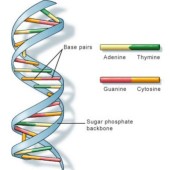 "Data?" Data Was A Star Trek Character. A Cyborg. A Robot.

“In fact, the election of Obama was a huge victory for the actual left: labor unions, environmentalists, civil rights advocates, community organizations. Why? Because it blocked, at least for a while, the establishment of a right wing police state.”   What specifically has been “blocked,” reversed?  Please name these things which are now accomplished fact.  Thank you.   Instead, a remarkable thing has happened: a predatory imperialist corporatist state which had been run by undisguised thugs (Bush, Cheney and the whole lot of them) is now being run by a guy who’s Black, passes for a liberal, speaks well… Read more »