The “worst scientific scandal of our generation” (according to climate change “skeptics”) suddenly has run out of outrage.

It seems the British parliamentary panel investigating the “scandal” has concluded that the most serious charge, which alleged that prominent climatologists fabricated or distorted data to wrongfully support the theory of man-made global warming, is simply not true. In other words, the scientists charged with being lying cheats and members of a worldwide secular-socialist-communist-fascist-environmentalist conspiracy to destroy capitalism did nothing of the sort.

A parliamentary panel investigating allegations that scientists at one of the world’s leading climate research centers misrepresented data related to global warming found no evidence to support that charge, a panel announced Wednesday. […]

The lawmakers emphasized said that nothing in the more than 1,000 stolen e-mail messages or the ensuing controversy challenged the scientific consensus that “global warming is happening and that it is induced by human activity.”

But let’s be more specific, shall we? Didn’t these bloodsucking parasites do even the teeniest, tiniest bit of data tampering? Uh, no.

The House of Commons’ Science and Technology Committee said Wednesday that they’d seen no evidence to support charges that the University of East Anglia’s Climatic Research Unit or its director, Phil Jones, had tampered with data or perverted the peer review process to exaggerate the threat of global warming – two of the most serious criticisms levied against the climatologist and his colleagues.

In their report, the committee said that, as far as it was able to ascertain, “the scientific reputation of Professor Jones and CRU remains intact,” adding that nothing in the more than 1,000 stolen e-mails, or the controversy kicked up by their publication, challenged scientific consensus that “global warming is happening and that it is induced by human activity.”

So what did all these accused mad evil climatologists do? Like most good and honest scientists before them, they analyzed their data properly and came to a conclusion supported by that data. The data showed that human activities, especially the release of carbon into the atmosphere from the burning of fossil fuels, had led to an unprecedented rise in global temperatures since the start of the Industrial Revolution, and that this warming trend was creating significant changes to the earth’s climate.

But don’t worry conservatives, Fox News addicts and Limbaugh ditto-heads. I’m sure that someone with no background in climate science will explain these “inconvenient findings” away so you can keep believing that evil enviro-whackos like Al Goracle are out to steal your freedom to drive a gas guzzling SUV and allow utility companies to burn coal stripped from the tops of mountains to electrify your neon lit churches.

Relying on God to Take Care of Climate Change

Add One to Coalition of the Defeated 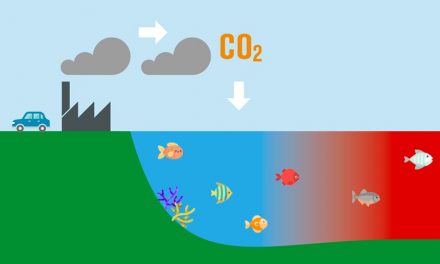 Trump is Ignoring All the Climate Change Alarms

it was always a red herring, and has been discounted on many levels before this latest finding. but some will never be disabused of their belifs, because they’re incapable of rational thought. as james lovelock opined in an interview with the guardian, Humans are too stupid to prevent climate change]. “I don’t think we’re yet evolved to the point where we’re clever enough to handle a complex a situation as climate change,” said Lovelock in his first in-depth interview since the theft of the UEA emails last November. “The inertia of humans is so huge that you can’t really do… Read more »

And look at idiot Obama: For more than 20 years, drilling was banned in most offshore areas of the United States outside the Gulf of Mexico because of concerns spills could harm the environment. Congress allowed the prohibition to expire in 2008 and former President George W. Bush lifted a drilling moratorium that year. Environmental groups and some lawmakers continue to raise concerns about the impact increased drilling would have on coastal areas. But Obama, who wants Congress to move a stalled climate change bill, has sought to reach out to Republicans by signaling he is open to allowing offshore… Read more »

It’s front-paged at the New York Times.  I’m agnostic at the moment.  Passing any kind of climate change bill is going to require appeasing a bunch of energy-state reps.  Nuclear is going to be in the mix, as well as off-shore drilling and clean-coal.  The trade-off might be worth it or it might not, but we are not going to like a lot of the proposal no matter whether it is worth it or not.

If cap and dividend passes, or some sort of carbon tax, I don’t care if we have off-shore drilling or money (wasted) on clean coal. Nuclear HAS to be part of the mix to seriously tackle climate change, at the very least as an an intermediary. Ultimately, paying for negative externalities is the only way to grapple with the climate issue, seeing as Congress is unwilling to do what China is doing. I mean, China isn’t capping their emissions (yet), but they’re almost making such a cap irrelevant as they’re investing so much into energy sources that don’t spew carbon… Read more »

Thanks, Steven. The skeptics left no chance to blow this non-case out of proportion.