Protect the Vote From Conservative Suppression

Yesterday, it was revealed that Republican U.S. Senate candidate Mark Kirk’s campaign is planning to send “voter integrity squads” into African-American neighborhoods in Chicago and other Illinois cities in the run up to election day. While Kirk and other Republicans claim that such efforts are designed to prevent voter fraud, the evidence shows that it is actually a continuation of consistent efforts by Republicans to suppress voting in Democratic precincts throughout the country.

Conservatives have engaged in numerous efforts to try to suppress the Democratic vote, including:

While Republicans attempt to justify such voter suppression efforts on the grounds that there is purportedly widespread voting fraud occurring, a five-year long investigation by President Bush’s Department of Justice found “virtually no evidence of any organized effort” to fraudulently impact federal elections and other analyses have similarly found no evidence of fraud. Instead, the Bush Administration’s five year effort led to very few arrests or convictions, and most of those were for simple mistaken efforts by non-eligible voters to register or vote.

While there is a complete lack of evidence of any significant voter fraud occurring in elections, Republican continued widespread efforts to suppress Democratic votes in 2008 and, as Kirk’s statements show, those efforts are likely to be replayed this year.

It is up to us to ensure that these Republican vote suppression efforts fail. To help make sure that every registered voter who wants to vote is able to, sign up for the Democratic Party’s voter protection effort, or volunteer to work on get-out-the-vote efforts for your local Democratic candidate. And, as always, write letters to your local newspaper editor and talk to your family, friends, and neighbors to make sure they have accurate voting information and are aware of the Republicans’ vote suppression efforts. 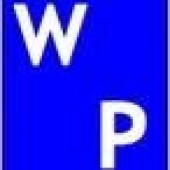 "Church and State: No Wall" – Some Implications

Why Dems and Reps bow to the Israel Lobby