Remember the GOP propaganda pushed by Rep. John “God is infallible and science is not” Shimkus that more CO2 is good for us because it is “plant food?”

It’s a lie, a lie of omission, but a lie nonetheless. Here’s the reality:

Global grain production will tumble by 63 million metric tons this year, or 2 percent over all, mainly because of weather-related calamities like the Russian heat wave and the floods in Pakistan, the United Nations estimates in its most recent report on the world food supply. The United Nations had previously projected that grain yields would grow 1.2 percent this year.

The UN warns that we are dangerously close to a food crisis. This should come as no surprise to anyone, however. Reputable climatologists have been predicting exactly these sort of crop failures as a result of increased carbon emissions for some time now. Indeed, in 2007, one study reported that crop yields had declined between 1981-2002:

Global warming has already caused crop losses according to a new study by researchers at the Lawrence Livermore National Laboratory and the Carnegie Institution at Stanford University.

The study, published March 16 in the online journal Environmental Research Letters, shows that warming temperatures have reduced the combined production of wheat, corn, and barley by 40 million metric tons per year between 1981-2002. The authors, David Lobell of Lawrence Livermore and Christopher Field of the Carnegie Institution, estimate the annual losses at $5 billion.

“Most people tend to think of climate change as something that will impact the future,” said Field. “But this study shows that warming over the past two decades has already had real effects on global food supply.” […]

Lobell and Field say their results show “a clear and simple correlation between temperature increases and crop yields at the global scale” and should spur farmers and policy-makers to begin adapting to climate change.

Why? More severe weather events like droughts, floods, monsoons, extreme storms etc., for one. Not to mention the ongoing die off of phytoplankton in our oceans, the major source of oxygen production on earth. Guess the culprit that is causing this serious and rapid decline.

The amount of phytoplankton – tiny marine plants – in the top layers of the oceans has declined markedly over the last century, research suggests.

Writing in the journal Nature, scientists say the decline appears to be linked to rising water temperatures. […]

“Phytoplankton… produce half of the oxygen we breathe, draw down surface CO2, and ultimately support all of our fisheries,” said Boris Worm, another member of the Dalhousie team.

Other scientists have published papers that show that increasing CO2 will actually make crops less nourishing and lead to malnutrition because increased carbon dioxide also lessens the amount of nitrogen (also a “plant food”) in the atmosphere as well as other essential nutrients, as this article from 2005 reports:

A small but growing body of research is finding that elevated levels of atmospheric carbon dioxide, while increasing crop yield, decrease the nutritional value of plants. More than a hundred studies, for example, have found that when CO2 from fossil-fuel burning builds up in plant tissues, nitrogen (essential for making protein) declines. A smaller number of studies hint at another troubling impact: As atmospheric CO2 levels go up, trace elements in plants (such as zinc and iron, which are vital to animal and human life) go down, potentially malnourishing all those that subsist on the plants. This preliminary research has given scientists reason to worry about bigger unknowns: Virtually no studies have been done on the effects of elevated CO2 on other essential trace elements, such as selenium, an important antioxidant, or chromium, which is believed to regulate blood-sugar levels. […]

One rice study found that four out of five elements decreased when grown in CO2-enriched air, with nitrogen dropping 14 percent, phosphorus 5 percent, iron 17 percent, and zinc 28 percent. Only calcium showed an increase, of 32 percent. The other rice study showed no significant change in micronutrient levels. In wheat, on average, every measured element except potassium declined in three studies. A just-published study by Chinese researchers led by Dong-Xiu Wu found that while high CO2 levels significantly increased grain yield, they severely decreased nutrient quality: nitrogen concentrations fell by 15 percent, phosphorus by 36 percent, potassium by 23 percent, and zinc by 32 percent.

Mattson points to still another problem with CO2. “Something else that may exacerbate micronutrient deficiency is that added CO2 tends to drive up [the production of] many plant non-nutrients” — poisons that enhance plant defenses against their would-be consumers. “The sum total of lowered nitrogen, lowered essential micronutrients, and heightened [plant poisons such as] tannins and other phenolics could be the worst kind of soup,” he says. What we’re doing, he believes, is running an unregulated and probably irrevocable chemical experiment on earth’s ecosystems.

The decline in phytoplankton has been 40% in just the last 60 years. That’s an amazing and disturbing finding, and one that potentially threatens the lives of billions of people. And the results that carbon emissions are making our food less nutritious is astonishing evidence that the simple minded idea that more CO2 is good for humanity is complete cow manure. Yet, God fearing Rep. Shimkus scoffs that human activity can have any effect on the planet because God won’t let that happen:

To get a quick summary of all the facts which debunk Rep. Shimkus’ idiotic talking point that more carbon emissions are good for us because it “plant food” watch this video courtesy of Peter Sinclair of Climate Denial Crock of the Week:

You know what is really scary? Shimkus is one likely contender for chairperson of the House Committee on Energy and Commerce. The other possible chairpersons are just as dismissive of global warming and with the many new Republican global warming deniers elected to Congress, are ready to go to war against climate change science and promote more oil and gas drilling and more use of fossil fuels.

Shimkus is now one of four contenders to head the House Committee on Energy and Commerce when the Republicans take the reins in January.

Also vying for the leadership post: Rep. Joe Barton of Texas, who apologized to BP for what he called a White House “shakedown” when it agreed to establishing the $20 billion Gulf oil spill trust fund; Rep. Cliff Stearns of Florida, who wants to open up Alaska’s wildlife refuge to drilling; and Michigan’s Fred Upton.

Upton is considered the front-runner and probably the most moderate of the bunch. He has vowed to eliminate an offshoot of the committee, the House Select Committee on Energy Independence and Global Warming.

“The American people do not need Congress to spend millions of dollars to write reports and fly around the world,” Upton wrote in a recent editorial. “We must terminate this wasteful committee.”

Elections matter. And without a cooperative Congress, the USA will continue its drift toward scientific illiteracy in order preference the profits of fossil fuel companies over the future interest of our planet and our children. I foresee more drilling disasters like BP’s Deep Horizon well, more 100 year floods and storms and droughts, more contaminated groundwater from hydrofracking and an effort by the Republicans to eviscerate the authority of the EPA by slashing its budget.

We are at a turning point in world history and the saddest part about this tremendous challenge we face is that the Morans of the GOP are now in charge of driving the agenda on our nation’s response to climate change. Unless Democrats in Congress stand firm (highly unlikely in my opinion) or President Obama refuses to sign a budget bill that makes the EPA small enough to drown in a bathtub, we will be passive observers to an ever increasing and life threatening crisis of which many of our fellow citizens are simply ignorant.

Hansen discusses a poorly understood topic: when methane (natural gas, CH4) is underwater under conditions of high pressure and low temperature, it can form methane “clathrates,” a form of water ice that contains large amounts of methane inside its structure. Methane clathrates are stable at low temperature and high pressure. At warmer temperatures or lower pressures, they become unstable, releasing methane in gaseous form.

This allows the possibility of a chain reaction, in which some event (e.g., warming) triggers the release of methane, which is a potent greenhouse gas. If enough methane is released, it will warm the earth enough to destabilize more methane clathrates, releasing even more methane.

Hansen discusses the hypothesis that methane clathrates accumulate in the arctic tundra (frozen ground) and beneath sediment on the seafloor of the Arctic Ocean. How much methane clathrate is down there? Estimates vary widely, but the larger estimates are enormous. (Methane clathrates are present in the Gulf of Mexico, in a concentration high enough to defeat an attempt in May 2010 to fix the infamous Deep Horizon oil leak.) The worldwide clathrates constitute a “gun” that can be triggered, resulting in a huge rise in methane levels and global temperatures.

Hansen believes that methane clathrates may have played a crucial role in the largest mass extinction, the “end-Permian” event 251 million years ago, in which more than 90 percent of terrestrial and marine species were exterminated (147). This event was accompanied by a temperature rise of at least 6°C. Life took fifty million years to recover the diversity that it had before the mass extinction.

But hey, CO2 is good for plants, global warming is no big deal and God will save us in any case (unless he or she really does want the world to end). Just ask Rep. Shimkus.

In other words, we have nothing to fear but Republican cynicism, stupidity, ignorance, Christian extremists, and their the anti-science agenda and the greed of Big Oil and Big Coal. Piece of cake. 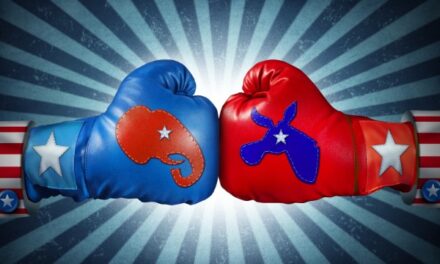 Democrats Must Reject the Way That Republicans Wield Power

Trading Away our Food Safety 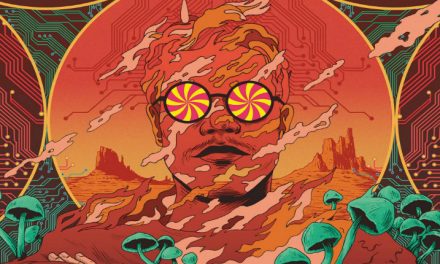 You Never Lose Your Trip Forever

Pimpkus was the Repukeliscum toad in charge of the Page Board from 2000-2006.  During this time, he found out that Mark Foley was doing very inappropriate things with male high-school-aged (not adult) pages.  He concealed this knowledge from the other two members of the Page Board, including the Republican and the Democrat.

Can you just imagine how historians of the future will look at this group of incompetent ideologs ?? NO rational argument will convince Shimkus. The only one I would try on him would be formulated in religious terms. It would be something like this : “Mr. Shimkus, the Great Flood was God’s making. I see that he promised not to flood the Earth again. But maybe he meant that he HIMSELF wouldn’t flood the Earth. What if us, who are all sinners, hurt his creation to the point of destruction ?  Did he promised us to save us from our… Read more »

You could have saved a whole lot of bandwidth by just writing:

But then, given this comment, who am I to criticize?

My understanding is that CO 2 levels were high during the age of dinosaurs, which partially accounts for their size. It’s a phenomenon that’s similar to why size is important for many ruminants and large mammals. Their diet is nutritionally poor but they make up for it with volume and a longer digestive period. There’s also a relationship between their food source and their size, since a long digestive period allows them to consume plants high in fiber and gain the most amount of nutritional benefit. Pardon my poor explanation but it’s an important idea that helps people understand the… Read more »