Could it be that a significant number of people are finally beginning to wise up?

There’s a poll. You can go vote and help Glenn get outta town. Poll results are encouraging.

Glenn Beck may be one of the hottest talk show hosts in the country, but he apparently left New York’s WOR cold.

WOR (710 AM), one of the city’s two biggest talk radio stations, said this morning it is dropping Beck’s syndicated show as of Jan. 17 and replacing him with a familiar New York name: Mike Gallagher.

“The reason is ratings,” said WOR program director Scott Lakefield. “Somewhat to our surprise, the show wasn’t getting what we wanted.” 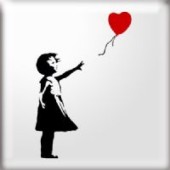 I'm a grandpa living in the small Indiana community of my childhood where I'm active (mostly local politics) with the Democratic party.

What Does Preet Bharara Know? Does The NY Times Know It Too? And If So, Who Else?

Where do I belong? I mean besides Cuba or Dubai…

Getting Trolled By the Troll