One would not necessarily assume that the recent earthquake activity around the globe these past few years is in any way, shape or form related to climate change. It just seems implausible that warming seas and a warming atmosphere, the drivers of climate change, would have any effect on the slow process of plate tectonics, in which one plate shifts under or over another, occasionally producing the large earthquakes such as those that devastated the peoples of Indonesia, New Zealand, South America, and Japan to name but a few recent events.

However, scientists have for the first time released a study that indicates that man made changes to our climate are also quite probably effecting the movement of tectonic plates around the globe as well. The implications of their research are far ranging as well as frightening:

SYDNEY (AFP) – Scientists have for the first time shown a link between intensifying climate events and tectonic plate movement in findings that could provide a valuable insight into why huge tremors occur. […]

An Australian-led team of researchers from France and Germany found that the strengthening Indian monsoon had accelerated movement of the Indian plate over the past 10 million years by a factor of about 20 percent.

Lead researcher Giampiero Iaffaldano said Wednesday that although scientists have long known that tectonic movements influence climate by creating new mountains and sea trenches, his study was the first to show the reverse.

“The closure or opening of new ocean basins or the build of large mountain bands like the Andes or Tibet itself, those are geological processes that affect the pattern of climate,” said Iaffaldano, an earth scientist with the Australian National University.

“We are showing for the first time that the opposite also is true, that the pattern of climate is then able to affect back in a feedback mechanism the motion of tectonic plates.”

Call this this one more example of the law of unintended consequences. For over one hundred years scientists have been stating that increases in human activity such as the burning of fossil fuels and deforestation would invariably have an effect on our climate by raising the mean temperatures of the oceans and the atmosphere. We have and are currently witnessing the effects of those predictions, based on principles of physics that were first explained in the 19th century.

What few foresaw however, was that changes to our surface climate would impact the movement of the large crustal plates that cause the continents to drift and that form mountain ranges and cause earthquakes. The research is obviously in its early stages, but I do not think we should take the findings of these scientists lightly or diminish their import.

The relationship of the movements of continental plates affecting climate is well established, as the lead earth scientist for this study quoted above noted. It is not, therefore illogical to assume that changes to climate in a feedback loop would also effect the movement of those plates. This study demonstrates that such is the case, at least with changes to the climate involving the increased intensity of monsoons in the Indian Ocean.

I am no scientist, but many scientists have been telling us that the changes we see are now locked in and will occur even if we ended all carbon, methane and other greenhouse gases today. We are now only at a point where the only valid debate the extent of the damage that will occur to life on this planet if we can end or do not curb greenhouse gas emissions and other human activities that are driving climate change.

We had thought those effects would be primarily climate related, i.e., intensified storms, harsh droughts and desertification in some areas, increased and more intense precipitation in others, rising sea levels, more intense heat waves and wildfires, species extinction, increased disease vectors, and so forth. Now we are learning that once again, we may have underestimated the impact of human activities on the earth. I cannot say how climate change now and in the future, will impact plate tectonics. However, if further research supports the study discussed above, we may be able to add increased or more intense earthquakes and tsunamis to the list of adverse consequences that are caused in part by the change to our climate brought about by our species “dominion over the earth.”

Let me give the study’s lead researcher a few more comments:

Iaffaldano collaborated with Universite de Rennes geoscientist Laurent Husson and Hans-Peter Bunge from Munich’s LMU university on the study, which was recently published in the Earth and Planetary Science Letters journal.

The team plans to build on the study by probing whether climate events have had a similar impact in other regions.

“For example I can imagine that there might be a signature of climate in the Andes for example or in the Rocky Mountains,” said Iaffaldano.

“This is something that we should look at in the future.”

We, as a species that lives upon this earth with billions of other species, have been in the denial business far too long. We cannot afford to neglect any scientific finding that adds to the information we have learned about our changing climate and this world that is our only haven. 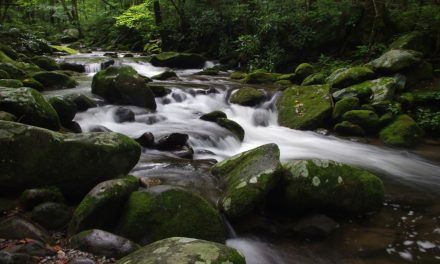 Bipartisan Coalition May Elect Next Speaker

Climate: Water is the Real Danger

As this is just one study, and the article you linked really does not spell out anything related to the data they evaluated, my skeptical nature forces me to hedge a bit on jumping to any conclusions.   When I see a  statement like this, “the strengthening Indian monsoon had accelerated movement of the Indian plate over the past 10 million years by a factor of about 20 percent”, it really requires that one provide some inkling as to how that conclusion was reached.  Correlation does equal causation.  And there have been a whole lot of other events that have… Read more »

I am SO tired of this kind of “skeptic” shit!!! Really, man. You write: An interesting hypothesis by these researchers, but I think we have a monumentally long way to go before we can definitively link or even infer that something like plate tectonics is impacted by climate change.  I’ll keep my skeptic’s hat on for a while and wait to see if any other research comes out that lends credence to these initial findings. While you’re “waiting”…look the fuck around, fer chrissake! What do you see? Everywhere, goddamnit! Birds falling out of the sky. Massive fish kills. Unheard-of weather… Read more »

Boy Arthur, you sure read a hell of a lot more into what I said than I could ever have imagined was possible. I was referring only to the hypothesis that climate change affected the tectonic plates.  Fortunately, science requires things like actual empirical evidence which is testable, not simply an exercise in “lookin’ the fuck around”, because often what you “see” is not what actually “is”.  Otherwise, why would we ever need science.  We could just look the fuck around and have all the answers.  That’s the kind of thinking that got virgins thrown into volcanoes in centuries past.… Read more »

Amen.  I found myself having the same thoughts when I read both Stephen’s post and Arthur’s comment.  Thanks for the Sagan quote; it’s definitely apropos.

If there is one thing the world could desperately use right now, it is the voice and wisdom of Carl Sagan.  He was a treasure which, sadly, we lost much too soon.

Even if it is established that climate change affects plate tectonics over millions of years, that’s entirely different from saying that the current human-induced changes will alter plate movements on a time scale that is meaningful to humans alive today, or that will be alive anytime in the next few centuries.  Plates just don’t move that fast.  If the Indian Plate is currently moving north at 5cm/yr, that means prior to the 20% increase it was moving north at about 4cm/yr.  But that increase took place over 10 million years, so the rate of increase was 0.0000001 cm/yr.  That’s an… Read more »

I think we don’t know enough yet to judge.  I acknowledge that this is one study, however.  I also freely admit that we cannot say with any degree of certainty that climate change is a major or minor factor in the current round of quake activity(unlike the other effects of climate change that are well supported by the data to a high confidence level).  I do think, though, that the follow up research should be conducted as quickly as rapidly as possible.  The number of quakes of high magnitude over the past few years may very well have nothing to… Read more »

Excellent points, especially your last sentence in reference to the suggestion that we need to worry more about “the direct effects of climate change.”

Greetings, I mostly lurk here timidly, but wanted to de-cloak with a bit of info… I’m soon to be a law student in environmental and natural resources law, with a strong interest in climate change, which to me is clearly caused primarily by humans, is apocalyptic in scale, and will force radical changes on human civilization in our lifetimes. I say all that to establish that I’m not a fossil fuel-loving troll… 🙂 Anyhoo, found this quote in the media by Giampiero Iaffaldano, the lead researcher on the study: Iaffaldano stressed that his study did not mean that global warming… Read more »

The scale on which such changes might be effective is very poorly understood. I’m afraid this sort of speculation can come off as alarmist, even if the question is scientifically valid.

The global upheaval of our climate is more than enough to motivate anyone paying attention.

scientists have for the first time released a study that indicates that man made changes to our climate are also quite probably effecting the movement of tectonic plates around the globe as well. No they haven’t. Even the article you cite doesn’t say that. In fact it explicitly says: Iaffaldano stressed that his study did not mean that global warming would translate to stronger earthquakes happening more often, with the relevant patterns developing over “the order of millions of years.” I imagine Giampiero Iaffaldano is groaning at the media spin on his research. Let’s not fight right wing pseudo-science idiocy… Read more »