In this corner, I give you the latest pray for rain (among other things) Governor of Texas, Rick Perry, GOP Presidential candidate:

Perry calls global warming “all one contrived phony mess that is falling apart under its own weight.” Unlike many of the other GOP presidential candidates, he hasn’t expressed concern about climate change in the past, so he won’t have to do any back-pedaling. Notorious climate denier Marc Morano is a big fan: “Based on climate views alone, anyone who is holding their nose voting for Mitt Romney because there’s no other viable candidate will now rejoice to have an option with Rick Perry.”

And in this corner — uh, a few facts:

I could go on (and on and on …) with other well reported facts and findings that show climate change is real, and that it is largely driven by human activity (espectially the burning of fossil fuels like oil and coal), of course. However, unless you believe Fox News “experts” or that God is deliberately behind the increase in frequency and intensity of the famines, droughts, wildfires, flooding and extreme weather patterns we have witnessed all over the globe over the last few decades (from Russia, China, Pakistan, the Himalayas, Mongolia, Greece, Australia, the North Pole, to —say it with me brothers and sisters –Texas) then you have to admit that Rick Perry is one ignorant, opportunistic, oil loving, hard-hearted SOB who doesn’t know his head from his ass when it comes to the single greatest threat to life on this earth.

Which means he will do very well in the Republican primaries, no doubt. 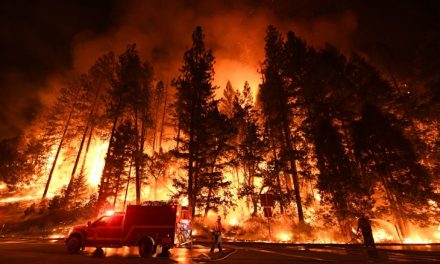 Climate Change Won’t Be a Topic in First Presidential Debate

“It is difficult to get a man to understand something when his salary depends upon his not understanding it!”- Upton Sinclair

Did you notice that Texas is the headquarters of a few oil companies?  And oil service companies like Halliburton?