From experience, I know that it is hard to get a record of how congresspeople and senators vote in committee. The House and Senate have web sites that record votes on the floor (excepting voice votes), but there is generally nothing available for recording committee votes. If you weren’t there or watching on CSPAN, you have to get on the phone and ask someone. This might actually be a good thing because it reduces accountability and visibility at the committee level, which actually has the effect of making it easier for people to put partisanship aside for two seconds and make compromises. That’s partly why Tom Harkin (D-IA) and Mike Enzi (R-WY) were able to work together to craft a bill updating the No Child Left Behind bill. Yet, as someone who wants to understand the politics of the reform, I’m left frustrated by the New York Times’ coverage. The reporter, Sam Dillion, tells me the following:

Mr. Harkin’s committee voted 15 to 7 on Thursday to approve a bill that would greatly reduce Washington’s role in overseeing public schools. It was co-sponsored by Senator Michael B. Enzi, the Wyoming Republican who is the committee’s ranking minority member. Mr. Harkin called it “a good compromise bill” that would have bipartisan support in the full Senate.

But Secretary of Education Arne Duncan, who had long criticized Congress for failing to rewrite the law, on Friday criticized the Harkin-Enzi bill, saying it compromises too much, particularly on teacher evaluations and student-achievement goals. “There are huge — significant problems with the current draft,” he said. “Though there are some things in this that I consider positive, others are quite concerning.”

The committee is Health, Education, Labor, and Pensions (HELP), and it has 11 Democrats, 10 Republicans, and Independent Bernie Sanders, who caucuses with the Democrats. It’s left to my imagination to figure out who voted yes and no. I can make an educated guess, but it actually matters whether a more liberal bloc (e.g., Sens. Whitehouse, Franken, Merkley, Sanders) supported Chairman Harkin, or it was a more moderate bloc (e.g., Sens. Bingaman, Hagan, Casey, and Bennet).

Personally, I am left a little confused. Chairman Harkin and Ranking Member Enzi were motivated to act by the administration’s announced plan to grant waivers to up to 41 states, relieving them of their duty to declare many of their schools as “failed schools.” The bipartisan response is to drastically reduce the federal government’s oversight of schools. The Chamber of Commerce opposes these changes, the White House says its too much of a compromise, the teachers unions and the superintendents applaud the bill.

Civil rights and business groups, including the U.S. Chamber of Commerce said the legislation would so thoroughly eviscerate the federal role in school accountability that they could not support it. But powerful groups representing superintendents, principals, teachers and school boards said they were delighted.

“We couldn’t be happier,” said Bruce Hunter, a lobbyist for the American Association of School Administrators. “The current law is so toxic, and they’ve had a hard time in Congress for a long while coalescing on how to fix it.”

One thing that would clear a lot of this up would be an accurate roll call of the 15-7 committee vote. But that’s hard to get, so it isn’t included in the Times’ article.

As I said, more sunlight for committee votes would probably come at the cost of even worse gridlock in DC, which is not something I want. But a news organization with the resources of the New York Times should set a policy that articles that discuss committee votes should come with a roll call of those votes. At a minimum, the reporter needs to know that information in order to give an informed account of the proceedings. And if they have that information, they should share it. 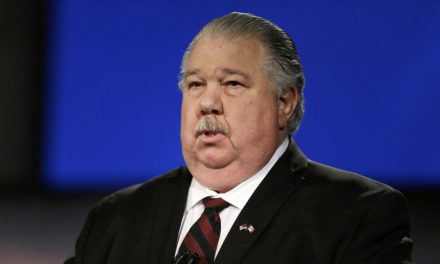