By my own criteria, Mitt Romney had a good but not great night last night and we should begin to see signs of the Republican electorate consolidating behind him. A sure sign of that will be if Romney wins the Kansas caucus on Saturday. So far, Santorum has owned this area of the country, winning contests in Missouri, Oklahoma, and Colorado. If nothing fundamental has changed as a result of last night, Santorum will win Kansas. The next thing to look for will be the results in Alabama and Mississippi next Tuesday. So far Gingrich has won handily in South Carolina, Georgia, and the Florida Panhandle. There’s no obvious reason why he shouldn’t continue winning in the Deep South. There is also no sign that Romney is improving his performance in the Deep South. He was beaten badly in Tennessee and Oklahoma last night. Can Santorum make a case to the voters in Alabama and Mississippi that he is the only one who can stop Romney? Personally, I doubt it. I think Gingrich will win those contests.

So, a week from now Romney will be able to point to victories in Hawaii and a bunch of U.S. territories like American Samoa and Guam, Santorum will have Kansas in his trophy case, and Gingrich will have won the two big states with the most delegates. Will that clarify anything? I don’t think it will clarify much other than that Romney is still not consolidating the base. But I did predict that a result like Romney achieved last night would help him consolidate the base. My problem is that I don’t think it will yield results in the next week. Look to the Missouri Caucuses on the 17th to see if Romney improves dramatically on the results he achieved during the Missouri primary last month. And then look to Illinois on the 20th. I think that is where Romney will breakthrough and have a big victory that finally begins an end to this process.

After Illinois, Romney’s next big challenge will be in Wisconsin where Santorum has been polling in the lead. If Romney sweeps Maryland, Washington DC, and Wisconsin on April 3rd, he’ll probably wrap this thing up that night. If he loses Wisconsin. he’ll have to wait until April 24th, when wins in New York , Delaware, Connecticut, and Rhode Island will more than offset Santorum’s victory in Pennsylvania.

For Santorum to prevent Romney from winning a majority of the delegates, he’ll need to somehow win in Illinois and Wisconsin. I think it’s that simple. As for Gingrich, he can hope to follow up wins in Alabama and Mississippi with a win in Louisiana on March 24th. But after that, he’s out of Deep Southern states until Arkansas votes on May 22nd, followed by Texas on May 29th. Can Gingrich go from March 13th to May 24th without winning a single contest? I kind of doubt it. If he stays in after Illinois, it will be for the purpose of helping Romney by dividing the vote. If he drops out, Romney’s job gets a little harder. 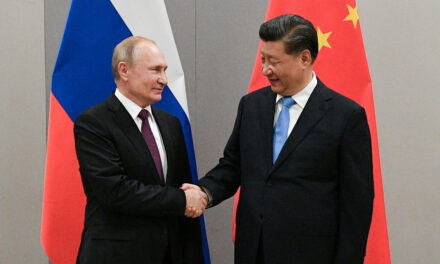 China Has to Contend With a Newly Assertive Europe