It’s about Religion, Politics and Power and the subjugation of voters, especially women. Corporations have been elevated to sainthood by our supreme being: The U.S. Supreme Court. The Mormon religion has a tradition bishop Romney Can’t Help It – His Faith and Social Darwinism. This has similar elements as the evangelicals preaching the Prosperity Doctrine.

(Mother Jones) – The original language from the Hyde Amendment–which bans federal funding for abortions through Medicaid except in cases of rape, incest, or to save a mother’s life–will replace the “forcible” provision.

As for the incest exception, the bill would only allow federally funded abortions if the woman is under 18. The bill hasn’t been carefully constructed. The term “forcible rape” is not defined in the federal criminal code, and the bill’s authors don’t offer their own definition.

VIDEO: Republican candidate Todd Akin asks forgiveness | Romney said: “Do what is best for your country.”

To be helpful, I searched for theHansen report and found a free access here: Perception of climate change. It’s 9 pages and has additional graphic presentation. In the graph the abbreviation NH stands for Northern Hemisphere. That’s important because throughout geological ages the inbalance of land mass between North and South offers a unique feedback loop to compensate sudden climate changes.

One major event was the sudden outflow of melted water from Canada’ Glacial Lake Agassiz which caused a change or interruption of the Great Ocean Conveyor Belt. Hosting the conference is The Heartland Institute, the theme for the year 2009: “Global Warming Crisis: Cancelled.”

Internal documents acquired by ThinkProgress Green reveal that the climate-denial think tank Heartland Institute received funding from at least 19 publicly traded corporations in 2010 and 2011. The companies’ combined contributions exceeded $1.3 million for an array of projects. As Think Progress Green reported, the Heartland Institute’s projects included a secret plan to teach children that climate change is a hoax.

The Heartland Institute is a member of the American Legislative Exchange Council (ALEC) as of 2010-2011.

Creationism and Intelligent Design below the fold …

Creation and God’s Order of Earth and the Heavens

Why does this remind me of the historic interpretation by Rome the Earth is flat and the condemnation of heretics like Copernicus, Kepler, Newton and Italian’s greatest scientist Galileo. It was a time of discord in the Christian world, threatened by the Protestant Reformation, the Church demanded strict adherence to its dogma, enforced by the violent threat of the Inquisition.

Ultra-orthodox Christians rediscover the flat-earth cosmology in the 19th century, arguing that to believe otherwise is to deny the literal truth of the Bible. 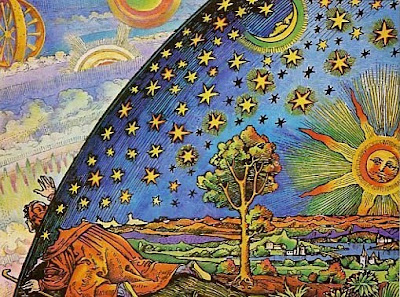 In conclusion, domestic violence also stems from coercive control. Physical or mental abuse to force change and demand obedience of the partner or child.

SLAVERY EXISTS! SAVE HUMANITY, BAN ALL VORMS OF SUBJUGATION AND VIOLENCE.

What is happening with our economic environment?

Can’t even Google “GOP dropout” anymore, too many candidates have applied for this title. Sheriff Candidate OK With Deadly Force To Stop Abortions MANCHESTER, N.H. (TPM) – In an interview on with local television station WMUR, Szabo said he believed sheriffs were granted special powers under the Constitution. That means, he said, he would be empowered to arrest or even use deadly force against doctors for providing legal abortions for women. “I would hope that it wouldn’t come to that, as with any situation where someone was in danger,” Szabo said. “But again, specifically talking about elective abortions and late… Read more »

Cd. Timothy Dolan To Bless Romney-Ryan Ticket @ GOP Convention . What BS is this? This is similar to bless Army tanks or USAF fighter jets before going to war. Let Ryan have his authoritarian bishop, we’ll choose for the hard-working nuns any time! It’s similarly fitting for the Israeli government to ask permission from the Shas spiritual leader before their bombing raid on the Iranian people. Leave the prayers at the GOP Convention to an appropriate evangelical nut from the state of Missouri. Here follow the words from the conservative wing of the Roman Catholic Church. Cardinal Dolan to… Read more »

The earth is flat!
Science is heresy.
Burn the witch!

They haven’t changed much have they?

Great diary as usual my friend.