They Weaponized the Stupid 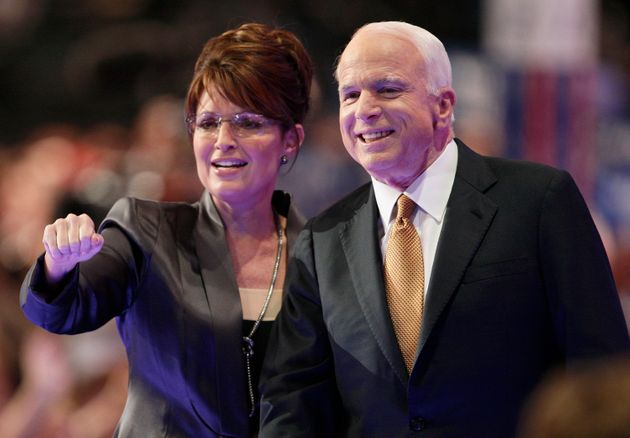 Back in May, when Mitt Romney thought he was talking privately to some of his top donors, he explained why trying to demonize the president will not work:

“We speak with voters across the country about their perceptions. Those people I told you, the 5 to 6 or 7 percent that we have to bring onto our side, they all voted for Barack Obama four years ago. So, and by the way, when you say to them, “Do you think Barack Obama is a failure?” they overwhelmingly say “no.” They like him. But when you say, “Are you disappointed in his policies that haven’t worked?” they say “yes”. And because they voted for him, they don’t want to be told that they were wrong, that he’s a bad guy, that he did bad things, that he’s corrupt. Those people that we that have to get, they want to think they did the right thing but he just wasn’t up to the task. They love the phrase, “He’s in over his head.””

Of course, even admitting that the president was legitimately elected is too much bipartisanship for the Tea Party base. Winning a national election requires a delicate dance where you are able simultaneously to win over the undecideds in the middle and motivate your natural supporters. Mitt Romney, much like John McCain before him, has suffered for a long time from lack of enthusiasm for his campaign. To the degree that the Republican base is motivated in this election, it is not for their candidate, but for replacing a president that they can’t countenance. McCain tried to solve this problem with Palin, and Romney tried to solve it with Paul Ryan. But let’s get back to the money quote (cited above).

If you look at what the Romney campaign is doing in terms of message and attack lines, how does it stack up against the standard Romney set for winning the middle?

I’d argue that they are doing a terrible job of keeping to the plan Romney laid out for those big donors. Jonathan Bernstein is seeing the same thing. Both at his blog and at the Washington Post, Bernstein attempts to explain why Romney’s campaign is throwing stupid, stale arguments at the president that have no hope of changing the trajectory of the race.

His theory is that the campaign is being lulled into it by a combination of factors. The biggest problem is the closed information loop the Republicans operate within, which includes Fox News, Hate Radio, the right-wing nut-o-sphere, a few think tanks, and not much else. Within that universe, the incentives are to create a product that sells, whether it be advertising, books, or merchandize. The incentives are not really to bring in new customers, but to service the customers they already have. In addition, many of the people advising the Romney campaign or working for them, may be more motivated to service those customers (by landing a job at Fox or selling books or making media appearances) than they are to work in an increasingly unlikely Romney administration.

So, it’s a little bit of being high on their own supply, a little bit of perverse and divergent incentives, and a little bit of fulfilling a need to rile up the base. But, in combination, it is taking the Romney campaign badly off message. His original plan was to focus on undecided voters, who Romney had realized were almost synonymous with dissatisfied Obama voters from 2008. Of course, there are some young voters out there who are voting for the first time, but the universe of persuadable voters is basically a group who likes the president personally and who took a chance on him four years ago.

They aren’t going to be convinced that the president wasn’t born here, or that he secretly sympathizes with terrorists, or that he has a secret plan to take away their guns or turn this country into a bad version of Sweden. Yet, the Romney campaign can’t seem to kick those messages even though they knew all the way back in May that they would be counterproductive.

I think this is all a very long way of saying that the Mighty Right-Wing Wurlitzer is no longer working correctly. Something has changed. The phrase for it was coined by one of our long-time users. He (sbj) called it “weaponizing the Stupid.”

Rush Limbaugh and Michelle Malkin and Bill O’Reilly and Glenn Beck and Sean Hannity worked long and hard on weaponizing the Stupid. And, when they were finished, it blew up in their faces.

The Kid Oakland Blogroll and Midterms

Rush Limbaugh and Michelle Malkin and Bill O’Reilly and Glenn Beck and Sean Hannity worked long and hard on weaponizing the Stupid. And, when they were finished, it blew up in their faces. Nah- it’s going according to plan for them. keeps them in business. It’s harder to defend your guy than it is to crap all over the other guy, even if demographics seem to be working against you. Time to cash in while you can. As long as republican voters remain in thrall to these charlatans, their career’s are safe, and in the end, that’s the only thing… Read more »

yeah, the economic model still works.  But the political model is broken.

the political model has been broken since Katrina, it just takes a while for it to sort itself out. Their audience demographics will continue to shrink, much like the GOP’s ability to win national elections, so in the short term, Romney losing, like McCain losing is just good for business.

But even the original plan was silly.  McConnell vowed to make Obama a one term president, and Republicans have done everything they could to make that a reality.  Then, after doing everything/anything to stop the progress of legislation that might shed even a scintilla of favorable light on the President, their strategy is to argue that he has been ineffective.  Perhaps the electorate sees that position for the crap that it is.

Nah, I don’t buy it. Rush, Beck, Malkin, Savage, et al are driving the Republican Bus.  I would point you to CPAC 2009 and 2010 vs 2011 and 2012.  180 degree difference in the way Rush played them … and he DID play THEM. These guys (hate radio) don’t care about the country, don’t care who is president and don’t care what happens outside their little world.  If Rush had decided to back Romney AS ROMNEY wholeheartedly, I’m not sure that Obama would currently be winning.  At a minimum, the race would actually BE a horserace.  But he isn’t.  He… Read more »

Right, I think that’s pretty much what Booman was saying.

Same for Limbaugh. Hey, maybe he IS just an entertainer after all.

From the link: “But I wonder if even Romney believes that anyone ever voted for Obama’s agenda. I wonder if he just thinks they voted for his personality, or his blackness, or voted for him exclusively because they didn’t like Bush, or because the liberal media brainwashed them.” I’ve heard this countless times from conservatives, who seem honestly convinced that Obama posesses some sort of magical voodoo power over people, particularly the young(naive), women and people of color. To them, this power is abetted by the media. In other words, they can not admit their candidates or their policies suck.… Read more »