My son, like his sister, takes voting very seriously.  Just the act of voting itself is hard for him.  Holding a pen is not the easiest thing to do.  He fretted last election about his signature on the envelope.  He worried and agonized over every dot that he filled in.  Every measure was met with the same concern of not misunderstanding.  The wording in the measures can be very confusing and misleading.  He didn’t want to be “tricked”.  We attempted to drop the ballots off at the Washington County Election Office but it’s right next to the Sheriff’s office, their lights going and lots of police activity which spooked him so we dropped our votes off elsewhere.

We talk about GOTV, voting and all the bullying that is going on.  We can not forget just what this voting means…

Our voice being heard.  Even if that voice is hard to hear.  And those are the voices we need to hear the most.
This week, my son shared a video of a commercial that one of his former post-graduation developmentally and neurological disabled program’s classmate was in.  It’s from the Oregon Council on Developmental Disabilities, Disability Rights Oregon and The Oregon Secretary of State.  It’s very powerful.  More so than ever.  He asked me to pass it along to you all.

The young woman who says she votes because she cares about her community is his dear friend, Carly.  He wants you all to know just how proud he is of her and all of his classmates who are voting.  So many of us take it for granted.

My son is 20 and my daughter is 18.  Both are registered Democrats.  Both are compassionate, aware and active.  Both are voting for the first time in a Presidential election.  Both are counting on you to vote as well. 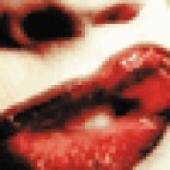 Thank you for watching.  Please share if you can. 🙂

What a beautiful video.
I can’t vote in this country, but I hope that everyone who can will use their right.

It’s too bad that not everyone takes voting as seriously as some do.  Of all his classmates that I’ve met – they all are looking forward to voting for a President for the first time.  The ages are 18 – 21.  This is a very big deal for all of them.  For all of us.

We take so much for granted.  But not Wes or his classmates.  Each day is a struggle, a test, an achievement.

We should all have that much gratitude. 🙂

Peace to you my dear Ask.

And to you too, DJ. And big cheers to your son and his classmates to get involved.

I recall 4 years ago; I called my daughter at college to remind her to register to vote. Reaction: “Pappa [imagine rolling eyes], I register other kids to vote.”
Young asklet is very upset this year, he is born two days too late to make his first vote.

I had a young kid at my door a week ago.  He said he was too young to vote but wanted to encourage others to vote.

I reassured him that I was a Liberal and would be voting.  🙂

I’ve never voted early, but may this time at OFA’s urging. Regardless, I’ll be at the polls from open to close (with our volunteer attorney’s phone number in hand) to make sure all goes smoothly at my precinct. I’m so glad to see young people taking our right and privilege so seriously. Good on ’em all.

Glad you’ll be there with advice and help to pass along.  Last election, the Palin people blocked parking spaces at the election sites with their vehicles for days at a time so I called the DNC here and they got involved.

Buffalo Springfield…one of my very favorite songs and on my 60’s Playlist on youtube.

Hey Janet.  That is a truly beatutiful video. I’m trying to convince my 30 something nephew to vote again …he says he is just to disallusioned to vote this time.  I’m going to make sure he sees this video.

Our dem votes here are pretty much a wash…live in a red part of Ca. where county votes close to 90% for repubs.  So he also thinks his vote doubly doesn’t count. I think it’s all the more reason to vote here.

One of the best get out the vote videos ever.  love

Yeah, I think it’s one hell of a PSA for voting.  Best I’ve ever seen.

Off to work.  xoxoxo

That would be awesome! Thanks

thank you for this.

You are very welcome 🙂