The Syrian military’s movement of chemical weapons in recent days has prompted the United States and several allies to repeat their warning to President Bashar al-Assad that he would be “held accountable” if his forces used the weapons against the rebels fighting his government.

The warnings, which one European official said were “deliberately vague to keep Assad guessing,” were conveyed through Russia and other intermediaries.

What exactly the Syrian forces intend to do with the weapons remains murky, according to officials who have seen the intelligence from Syria. One American official provided the most specific description yet of what has been detected, saying that “the activity we are seeing suggests some potential chemical weapon preparation,” which goes beyond the mere movement of stockpiles among Syria’s several dozen known sites. But the official declined to offer more specifics of what those preparations entailed.

As usual, no names of sources and no evidence. It’s Yellowcake City all over again. Gotta love the NY Times…it obeys its masters when called to do so. Bet on it. I wonder who’s playing the Judith Miller role.

And of course all the other little media pets follow in its wake. This story is now a viral “reality.” Bet on that as well. Search Google News for <chemical weapons + syria> for all you need to know on that point.

Why? How? Read on
This about covers it. From Counterpunch:

A Pretext for Deeper US Intervention

With dubious reports that Syria is preparing its stockpile of chemical weapons for use now dominating US media coverage, the familiar menace of WMDs in the Middle East has been resurrected once again to haunt the American public and gin up support for military intervention.

First appearing in a report Sunday in the New York Times, the latest Syrian WMD scare surfaced with an assertion from an unnamed US official that the Syrian military had begun “some potential chemical weapon preparation.”  The official went on to state that the US is “worried about what the [Syrian] military is doing.”

“International observers,” the Danger Room report continued, “are now more worried than they’ve ever been that the Damascus government could use its nerve agent stockpile to slaughter its own people.”

Similar reports on Syria’s purported preparation of chemical weapons have subsequently proliferated throughout the US media.  Yet, as McClatchy reported, despite the widely published claims of anonymous US officials, “no public evidence” has been offered by the administration to justify its amplified concerns.  Nor, it might be added, has any explanation been offered as to why the Syrian regime would knowingly seek to provoke a foreign military intervention by actually using its chemical weapons.

Of course, the propagandizing on behalf of the US government by the loyal legion of stenographers in the elite American media has allowed the Obama administration to renew its threat of military intervention.

“We think it is important to prepare for all scenarios,” Carney said. “Contingency planning is the responsible thing to do.”

(US officials have previously stated that any effort to safeguard chemical weapons in Syria would require 75,000 troops.)

This stepped up US posturing towards Syria comes amid reports that the Obama administration, now free of any electoral restrains, is seriously contemplating greater intervention into the Syrian crisis.

According to the paper, “the combination of President Obama’s re-election, which has made the White House more willing to take risks, and a series of recent tactical successes by rebel forces, one senior administration official said, `has given this debate a new urgency, and a new focus.'”

The precise nature of the administration’s “deeper intervention” into Syria became clearer Tuesday, as the US-dominated NATO military alliance approved the deployment of the American-made Patriot anti-missile system along the Turkey-Syria border.  According to a military source quoted by AFP, “up to six Patriot batteries and some 300-400 foreign troops to operate them” are to be deployed along the already tense border.

In explaining the need for deploying the Patriot batteries, NATO Secretary-General Anders Fogh Rasmussen directly cited the revived Syrian “chemical threat.”  As Reuters reported, Rasmussen asserted that the specter of Syrian chemical weapons “made it urgent for the alliance to send Patriot anti-missile missiles to Turkey.”

The NATO alliance, of course, maintains that the missile deployment is simply defensive in nature. (A suspect claim repeatedly made regarding missile defense systems.)  In fact, Rasmussen even went so far as to claim that the “weapons could help deescalate tensions” along the Syria-Turkey boarder.  How exactly the deployment of yet more advanced weapons could function to deescalate tensions, Rasmussen left unclear.  Instead, as Russian President Vladimir Putin countered Monday while in Istanbul, “increasing (military) potential will not settle the situation but create the opposite effect.”

Indeed, for in actuality, the NATO missile deployment will likely function to effectively carve out a “no-fly zone” in northern Syria.  This, then, will pave the way for creating–a la Libya–a NATO-enforced safe haven for rebels fighting to topple the Assad regime.

The provocative deployment of the Patriot batteries, coupled with the orchestrated media furor over Syria’s WMDs, thus makes it quite clear that the process of preparing the American public for the very real possibility of yet another US-led military intervention in the Middle East has begun in earnest.  And once again, we see the veil of a humanitarian intervention and the “responsibility to protect” hastily donned to cloak nefarious motives.

The deafening silence of the US during just the latest round of Israeli aggression in the Gaza Strip mere weeks ago, however, ought to give pause to any still suspended in the illusion that humanitarian interests guide US foreign policy in the least.  US foreign policy is instead dictated by imperial ambitions and imperatives.  And these ambitions, it should to be noted, are not confined to Damascus, but stretch all the way to Tehran.

1-US officials have previously stated that any effort to safeguard chemical weapons in Syria would require 75,000 troops.

It’ll probably go down in concert with some part of the “fiscal cliff” nonsense over the next month or two. And/or hooked in with the re-inauguration of our king president on Jan. 20th. It’s all about politics, and U.S. politics is all about economic imperialism. 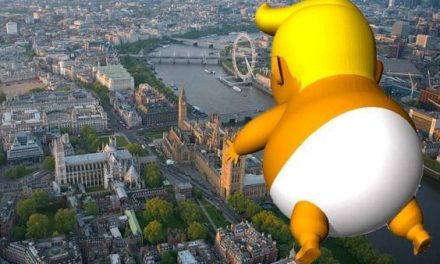