Syrian Rebel Leader Abu Jameel, ‘Martyred’ for a Good Cause

Syrian rebels sidetracked by scramble for spoils of war

ALEPPO, Syria (The Guardian) Dec. 27, 2012 – It wasn’t the Bashar al-Assad’s government that killed the Syrian rebel commander Abu Jameel. It was the fight for his loot. The motive for his murder lay in a great warehouse in Aleppo which his unit had captured a week before. The building had been full of rolled steel, which was seized by the fighters as spoils of war.

But squabbling developed over who would take the greater share of the loot and a feud developed between commanders. Threats and counter-threats ensued over the following days.

Abu Jameel survived one assassination attempt when his car was fired on. A few days later his enemies attacked again, and this time they were successful. His bullet-riddled body was found, handcuffed, in an alley in the town of al-Bab.

…
The problem is particularly pronounced in Aleppo, according to Abu Ismael, a young lieutenant from a wealthy family, who ran a successful business before joining the fight against Bashar al-Assad. Many of the battalions that entered the city in the summer of this year came from the countryside, he said. They were poor peasants who carried with them centuries-old grudges towards the wealthier Aleppans.

There was also a lingering feeling that the city – where businesses had been exploiting cheap peasant labour for several decades – had not risen up quickly enough against the Assads. “The rebels wanted to take revenge on the people of Aleppo because they felt that we had betrayed them.

But they forgot that most of the people of Aleppo are merchants and traders and a merchant will pay money to get rid of his problem,” Abu Ismael said. “Even as the rest of Syria was gripped by revolution, the Aleppans said, why should we destroy our business and waste our money?” When the rebels entered the city and started looting the factories, a source of money dried up.

“In the first month and a half the rebels were really a united revolutionary group,” Abu Ismael said. “But now they are different. There are those who are here only to loot and make money, and some still fight.” Did Abu Ismael’s unit loot? “Of course. How do you think we feed the men? Where do you think we get all our sugar, for example?”

The war in Aleppo is not only funded by what can be appropriated by the various units, but also by the patronage that they can attract from sponsors outside Syria, a factor which has also contributed to the myriad forming and re-forming of units, all of which control individual fiefdoms in the city. All of this has fuelled rivalries and ever-shifting allegiances, factors that have undermined the struggle to defeat the forces of the Syrian president.

Fighting units often exist only because of their sponsors. If a sponsor loses interest a battalion is dissolved and the men join another, better-funded battalion. Battalions are often named after historical Arab or Ottoman figures in order to help lure money from the Gulf kingdoms or from Turkey.

One Friday afternoon after prayers a group of the most senior commanders fighting in Aleppo, 32 in all, gathered in part of a sprawling former government compound. The meeting was chaired by Abdulkader al-Saleh , a leader of the Al-Tawhid Brigade, one of the biggest and best equipped rebel battalions in Syria.

First on the agenda was the task of reintroducing the men to each other, as many had switched battalions since their last meeting in the endless game of musical chairs of the Syrian revolution. A who’s who of the revolution followed, each commander stating his name and his unit. Some battalions were huge, with hundreds of men, artillery pieces and tanks. Others consisted of fewer than 50 fighters.

“Haji, I thought you were with Halab al-Shaba’a brigade,” Haji Marea said to one of the men. “No, we have reformed. We are a new battalion,” the man said.

“Brothers, we have a grave situation ahead of us,” interjected Abdul-Jabbar Akidi, a defected colonel who leads the military council of Aleppo. Formed to channel supplies to the rebels, the council was supposed to be the overarching command structure for the Free Syrian Army in Aleppo. Instead, it soon became one more faction among many competing for influence.

“The battle has stagnated here,” he said. “There has been no real progress on the fronts and that has affected our sponsors, who haven’t been sending us ammunition.

“Even the people are fed up with us. We were liberators, but now they denounce us and demonstrate against us. We have to unite and form an operations room for all the battalions.”

Life in Marea – a rebel-controlled Syrian town at war

Marea – a community of about 30,000 farmers and traders, though many have now fled – is famous as the hometown of one of the most charismatic rebel commanders in the on-going battle for Aleppo, a former businessman called Abdul-kader al-Saleh, nom de guerre Haji Marea.

He is a founder of the Al-Tawhid Brigade, a formation that has tried to unite the many separate fighting groups around Aleppo. It includes the FSA battalions who now control Marea. They are made up of poor to middling people – farmers, teachers, a blacksmith, an estate agent – and they hate the regime of Mr Assad and his Baath Party, more even for its ubiquitous nepotism and corruption than for its lack of freedom.

“The new Syria will be a Syria without corruption, without bribery – we won’t have a system like Baath where everyone is corrupt – we want justice,” says Abu Ra’ed, the black-bearded electrician who leads the battalion defending the town.

During his time in Syria throughout much of 2012, videographer Robert KIng followed Aleppo’s Al-Tawhid Brigade as he dodged bullets and rocket fire to learn more about the largest brigade of the Free Syrian Army. Somehow Robert managed to track down Haji-Mara, the Al-Tawhid Brigade’s commander, for a rare interview, during which the former-businessman-turned-freedom-fighter espouses the many difficulties the rebels face against the alleged brutality of President Bashar al-Assad’s regime.

(Ahram Online) Dec. 15, 2012 – A top rebel commander in the northern Syrian province of Aleppo was killed in a major battle for a military academy. “It is with pride that Liwa al-Tawhid (brigade) announces the death in combat of the hero martyr, Colonel Yusef al-Jader (Abu Furat),” the brigade said on its Facebook page.

Abu Furat was killed during battles pitting troops against rebels trying to “liberate” a major military academy at Muslimiyeh, just north of the embattled city of Aleppo. Abu Furat once headed a tank brigade in the Syrian army, but defected to join the rebels after putting his wife and children in a safe area of the war-torn country.

After joining Liwa al-Tawhid, a rebel brigade linked to the Muslim Brotherhood, Abu Furat became commander of military operations in Aleppo. He frequently fought on the front lines of key battlegrounds such as Salaheddin and Seif al-Dawla, in the city of Aleppo.

Sharp-witted and friendly, Abu Furat was loved by his supporters. “I propose that the Infantry Academy be renamed ‘Martyr Abu Furat School’,” one person wrote in a commentary posted on Liwa al-Tawhid’s Facebook page. 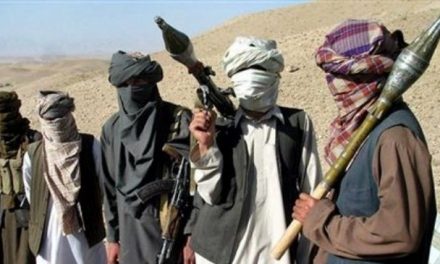 . Only political process can save Syria from “hell”: envoy Brahimi MOSCOW, Russia (Reuters) – Syria faces “hell” if no deal is struck to end 21 months of bloodshed, an international mediator said, but his talks in Russia brought no sign of a breakthrough after a week of intense diplomacy. U.N.-Arab League envoy Lakhdar Brahimi and Russian Foreign Minister Sergei Lavrov both said there was still a chance for a negotiated solution to the conflict, which has killed more than 44,000 people and set world powers against one another. But Lavrov repeated Russia’s stance that President Bashar al-Assad’s removal cannot… Read more »