.
I love this headline to make your head spin …

(NY Daily News) – Chapman, 31, was outed as a Russian spy posing as a real estate agent in New York City in 2010. Now, she’s a model and celebrity with the hots for the NSA leaker.

She LOVES spying so much, she wants to marry it! Knockout Russian secret agent Anna Chapman has the hots for Edward Snowden, the man behind the leaks of top-secret National Security Agency documents.

“Snowden, will you marry me?” Chapman tweeted Wednesday from Russia, with love. 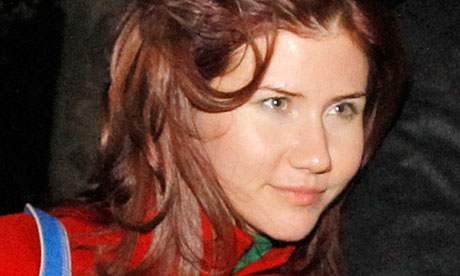 “@nsa will you look after our children?” she later tweeted to an account not actually representing the agency.

Why Both Sides Are Wrong

Today Is The Day(unless you are in Collin County) Updated