A source of mine within the White House who is firmly supportive of taking action against Syria, told me off the record that she is personally frustrated that many progressives are failing to draw distinctions between what is proposed for Syria and what was done in Iraq. While she made a good argument about the differences, the problem is the similarities.

I woke up this morning to discover that Secretary of State John Kerry is over in London making impossible demands of the Assad regime that are very reminiscent of how the Bush administration treated Iraq with respect to the U.N. inspections just prior to the 2003 invasion.

LONDON — Secretary of State John Kerry said on Monday that if President Bashar al-Assad wants to avert an attack on Syria, he should hand over all of his chemical weapons within one week.

Asked if there were steps the Syrian president could take to avert an American-led attack, Mr. Kerry said: “Sure, he could turn over every single bit of his chemical weapons to the international community in the next week — turn it over, all of it, without delay and allow the full and total accounting.”

At best, the regime could make a commitment to turn over their chemical stockpiles within the next week but, logistically, there is no way that that task could be accomplished within seven days. In any case, the State Department was quick to clarify that Secretary Kerry wasn’t even being serious.

The US state department stressed that Kerry was making a rhetorical argument about the one-week deadline and unlikelihood of Assad turning over Syria’s chemical weapons stockpile. In an emailed statement, the department added: “His point was that this brutal dictator with a history of playing fast and loose with the facts cannot be trusted to turn over chemical weapons, otherwise he would have done so long ago. That’s why the world faces this moment.”

Another similarity to Iraq is the tendency to exaggerate the strength of our intelligence. Over the weekend, I read this Reuters piece that reported on our inability to figure out who ordered the attack.

With the United States threatening to attack Syria, U.S. and allied intelligence services are still trying to work out who ordered the poison gas attack on rebel-held neighborhoods near Damascus.

No direct link to President Bashar al-Assad or his inner circle has been publicly demonstrated, and some U.S. sources say intelligence experts are not sure whether the Syrian leader knew of the attack before it was launched or was only informed about it afterward.

While U.S. officials say Assad is responsible for the chemical weapons strike even if he did not directly order it, they have not been able to fully describe a chain of command for the August 21 attack in the Ghouta area east of the Syrian capital.

It is one of the biggest gaps in U.S. understanding of the incident, even as Congress debates whether to launch limited strikes on Assad’s forces in retaliation.

Yet, based on ambiguous intercepts and inconclusive satellite surveillance, Secretary Kerry argued this morning that concrete proof is unnecessary:

Kerry said the US had tracked the Syrian chemical weapons stock for many years, adding that it “was controlled in a very tight manner by the Assad regime … Bashar al-Assad and his brother Maher al-Assad, and a general are the three people that have the control over the movement and use of chemical weapons.

“But under any circumstances, the Assad regime is the Assad regime, and the regime issues orders, and we have regime members giving these instructions and engaging in these preparations with results going directly to President Assad.

“We are aware of that so we have no issue here about responsibility. They have a very threatening level of stocks remaining.”

Going back to the Reuters article, the idea that Maher al-Assad was responsible for the attacks is now under serious doubt.

Reports that Assad’s brother, Maher, a general who commands an elite Republican Guard unit and a crack Syrian army armored division, gave the order to use chemicals have not been substantiated, U.S. sources said. Some U.S. sources now believe Maher Assad did not order the attack and was not directly involved.

Other than the Assad brothers, the unnamed general is supposed to be the only official with command of the chemical stockpiles. This would presumably be the head of the Syrian Scientific Studies and Research Council (SSRC). But we haven’t pinned anything on him, either.

U.S. officials say Amr Armanazi, a Syrian official identified as SSRC director in a State Department sanctions order a year ago, was not directly involved.

So, the first glaring similarity between Syria and Iraq is that we are racing to take military action based on flimsy evidence and without being serious about allowing the regime to disarm or (in the case of Iraq) prove that they have already disarmed. In both cases, the real policy was regime change, and everything else was subordinate to that.

What’s even more troubling is the similarity between the demographics of Iraq and Syria, the discounting of the potential for increased sectarian and ethnic fighting, and the lack of planning for the aftermath of a regime change. In the case of Iraq, it was just assumed that nothing could be worse than life under Saddam and that the status quo was too unacceptable to risk doing nothing. It was also assumed that we’d be greeted with flowers and chocolates and that we could install a puppet regime with little difficulty. In Syria, the assumption is that the strikes will be too limited to topple the regime in the short-term and that, in any case, we aren’t going to put “boots on the ground,” so we won’t be responsible for governing Syria if the regime collapses.

Amazingly, if you look at the proposed language of the Senate’s Authorization to Use Military Force (AUMF), you will see the following sentence: “absent decisive change to the present military balance of power on the ground in Syria, sufficient incentives do not yet exist” to topple Assad. In other words, we know that conditions are not ripe for a coup. Yet, the strikes are intended to change the conditions on the ground. This essentially means that it would be a major fuck-up if the strikes or the mere threat of strikes resulted in a premature coup. Reading this, one has to ask, “What could possibly go wrong?”

There are some solid arguments in favor of doing something, and Nicholas Kristof did his best to spell them out in a weekend column in the New York Times. Basically, he pointed out that from a humanitarian perspective things are getting rapidly worse in Syria. But his argument is strongly redolent of the argument the Bush administration made against the status quo in Iraq.

On top of the 100,000-plus already killed in Syria, another 5,000 are being slaughtered monthly, according to the United Nations. Remember the Boston Massacre of 1770 from our history books, in which five people were killed? Syria loses that many people every 45 minutes on average, around the clock.

A year ago, by United Nations calculations, there were 230,000 Syrian refugees. Now there are two million.

We might as well stipulate, in addition, that the introduction of chemical weapons to the battlefield (by the Assad regime, the rebels, or possibly both sides) is a further indication that the status quo is not working. Regardless of whether or not America does something, if something is not done by somebody, the humanitarian disaster in Syria will get worse.

But the questions are really about whether we should devote our resources to a problem not of our making, whether we have any kind of plan that might work, and whether the risks of making things worse for ourselves and the Syrian people outweighs the sad fact that things are currently headed to hell in a handbasket.

The administration believes that the only way to stop the downward trajectory in Syria is to change the momentum of the war and put the rebels back on the offensive. That, they believe, is the only way to get the Assad regime to seriously consider a negotiated settlement that could protect the Alawites, Christians, and other religious minorities from Sunni reprisals in a post-Assad Syria. I will admit that the administration is quite possibly correct in this assessment, but the difficulty of executing the plan is so immense that I consider the venture an unconscionable risk.

The fact that so much of the administration’s case for military action is reminiscent of the Bush case for war is not reassuring.

[If you like my analysis, please consider making a donation to the site]

Why Sean Hannity is a Coward 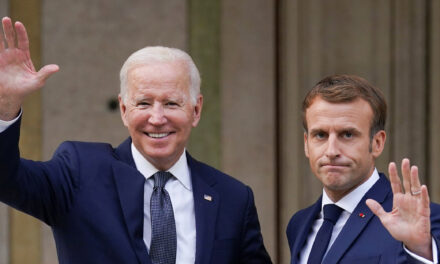 West or East: Uneasy is the Head That Wears the Crown

Stellar Propaganda on Syria by BBC and US MSM