.
In a world where so much good news is lacking, I came across this story glancing through Arab Spring and Egypt News.

(Al Ahram) – A federal judge in Manhattan ordered a “compassionate release” on Tuesday for Lynne F. Stewart, the former defense lawyer convicted of assisting terrorism who is dying from cancer in a federal prison in Texas.

Ms. Stewart, 74, who was convicted in 2005, sought release in 2013 under a Bureau of Prisons program for terminally ill inmates, but did so without the bureau’s support. The judge, John G. Koeltl of United States District Court, rejected the request in August, but indicated that he would look favorably upon such action if the Bureau of Prisons itself made such a motion.

The request to Judge Koeltl came from the director of the Bureau of Prisons through the office of Preet Bharara, the United States attorney for the Southern District of New York. The filing said Ms. Stewart qualified for compassionate release because she had a diagnosis of a terminal, incurable illness with a life expectancy of less than 18 months and because of the relatively limited risk of recidivism and danger to the community if she were released.

Ms. Stewart is to live with her son, a lawyer, in Brooklyn.

Continued below the fold: “Birthday message and poem from Bill Pepper”

In our relatively short lifetimes the goal of fulfilling a mission, or creating an essence of a life eludes, or is minimized by most of us. Some of us start down that ethereal path only to be distracted, diverted or coopted by the cultural, social, economic and or political forces which dominate life and existence in our materialistic world.

Some, very few, amongst us are the true treasures of our mortal experience.

YOU, Lynne Stuart, are in that exclusive Club of Humanity. Underlying all you have done for the wretched who have entered your presence, is the most powerful guiding force and energy – Love. 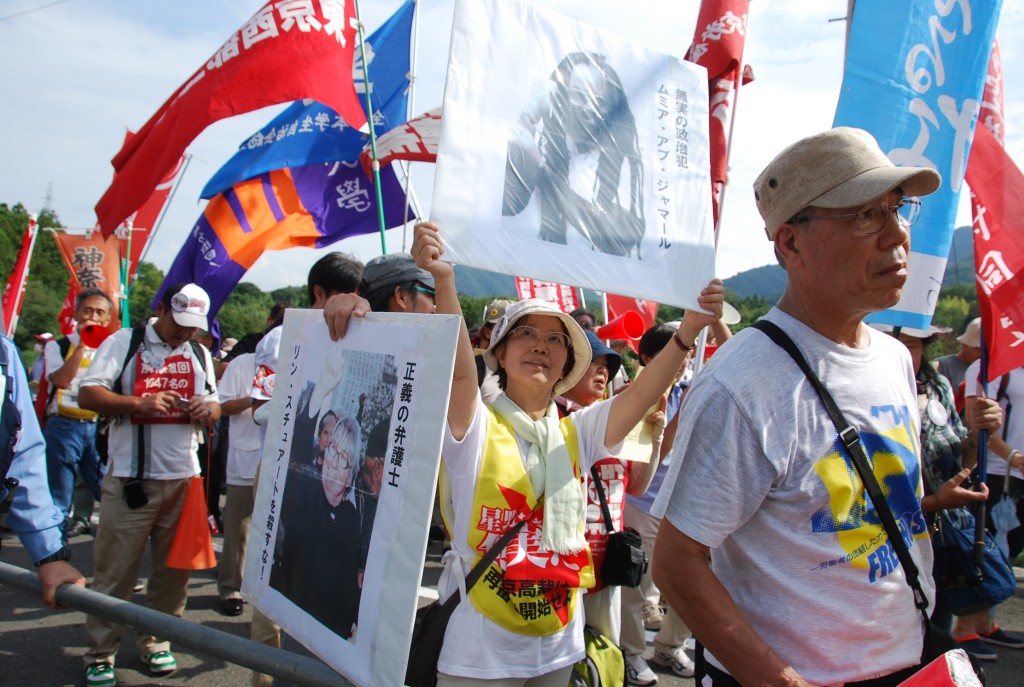 « click for story
Photos for Japan demonstration for prisoner release

In life without fail

Not riches or pride

They fall to the side

Neither power or glory

No remnants of these

Why have we not learned

There is only Love

And  so have you lived. They may weaken your body and take away your life but they can never extinguish the love which has permeated your life and work and blessed those who, even from afar, you have inspired.

As ever, and always,

Trump to Pentagon: Hands Off Syria