« click for more info
How has this man risen to prominence? Who are his backers?

#Libya, together Yes We Can! pic.twitter.com/jzM7DxHs4p 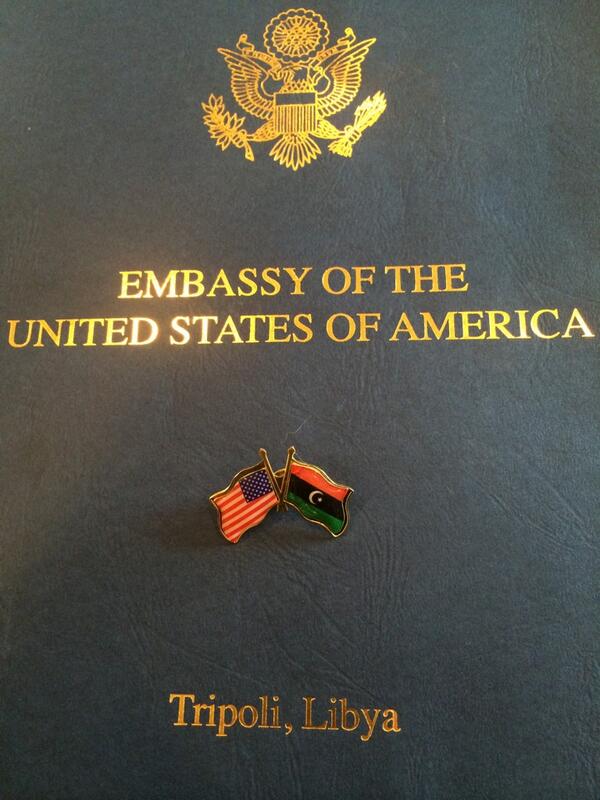 After the euphory of the US Navy Seals thwarting piracy on an oil tanker with Libyan (Tripoli) oil, the reality of the day …

Is General Khalifa Hifter The CIA’s Man In Libya?

Official Calls on International Help to Fight Terrorists in Libya

Benghazi (Libyan Post) March 18, 2014 — Appalled by the cheer killing of young military soldiers in Benghazi by a car bomb, the Libyan Minister of Justice said our international partners should be asked to help us fight terrorists who have declared war on innocent Libyans.

Mr. Salah Marghani was commenting Monday evening on a car bomb explosion that killed ten newly graduated military cadets and wounded 23 others some of them seriously.

“Now it is not time for mourning or condemnation. It is about time for Libyans to declare war on terrorists who have been killing Libyans and foreigners in the cities of Benghazi and Derna in eastern Libya,” he angrily told Al-Wataniy TV, a state owned satellite channel.

“Asking for international assistance in this fight is not violation of Libyan sovereignty. What violates our sovereignty is the killing of these youth in cold blood,” Marghani stressed.

The Libyan Minister of Justice confirmed that the country is incapable to carry out a simple crime investigation in Benghazi or anywhere else let alone detain suspected or criminal individuals.

(Business Insider) – As the United States and its allies get deeper into the confrontation with Qaddafi in Libya, it’s worth stepping back to consider what is actually taking place–and why.

We’ve been told very little about the rebels seeking to supplant the dictator. But one in particular deserves our attention. General Khalifa Hifter, the latest person to head the rebel forces.

There’s been little effort to look at Hifter’s background. One notable exception was the work of the always-diligent McClatchy Newspapers, which briefly inquired about his background in late March. That report does not seem to have generated much additional digging by other news organizations.

The new leader of Libya’s opposition military spent the past two decades in suburban Virginia but felt compelled — even in his late-60s — to return to the battlefield in his homeland, according to people who know him.

Khalifa Hifter was once a top military officer for Libyan leader Moammar Gadhafi, but after a disastrous military adventure in Chad in the late 1980s, Hifter switched to the anti-Gadhafi opposition. In the early 1990s, he moved to suburban Virginia, where he established a life but maintained ties to anti-Gadhafi groups.

Late last week, Hifter was appointed to lead the rebel army, which has been in chaos for weeks. He is the third such leader in less than a month, and rebels interviewed in Libya openly voiced distrust for the most recent leader, Abdel Fatah Younes, who had been at Gadhafi’s side until just a month ago. [Abdel Fatah Younis was assassinated by Islamist group on July 28, 2011]

…
Since coming to the United States in the early 1990s, Hifter lived in suburban Virginia outside Washington, D.C. Badr said he was unsure exactly what Hifter did to support himself, and that Hifter primarily focused on helping his large family.

So a former Qaddafi general who switches sides is admitted to the United States, puts down roots in Virginia outside Washington, D.C. and then somehow supports his family in a manner that mystifies a fellow who has known Hifter his whole life. Hmm.

The likelihood that Hifter was brought in to be some kind of asset is pretty high. Just as figures like Ahmed Chalabi were cultivated for a post-Saddam Iraq, Hifter may have played a similar role as American intelligence prepared for a chance in Libya.

…
President Obama’s motives in ordering the bombing of Gaddafi’s forces may well have been driven by humanitarian concerns but the appointment of Khalifa Heftir to lead the armed uprising in the oil-rich North African republic, is a reminder that there is a long and tangled history of secret American efforts to oust the Libyan ruler.

Heftir’s elevation also signals that Obama’s intervention in Libya is now not just about saving civilian lives but is aimed at removing Gaddafi from power, a mission begun a quarter of a century before by a President regarded as an American Conservative icon and supposedly the polar opposite, politically, of the White House’s current resident.

The story of Khalifa Heftir’s entanglement with the CIA begins with the election to the White House of Ronald Reagan in 1980 amid gradually worsening relations with Gaddafi’s Libya and a growing obsession on the part of Reagan and his allies with removing the Libyan leader.

I am East and West, citizen and refugee. The melting pot
is a failed paradigm-maybe more like a tossed salad.
I am an international crouton.

Things Getting Ugly in Israel/Gaza

Some Courageous Persons Do Step Forward

. Misratans pull out of Sirte and oilfields ahead of possible Jadhran deal (Libyan Herald) – The Misrata-based Central Libya Shield Brigade (also known as the Misrata Third Force) has withdrawn from Sirte Airbase and from the Zueitina, Al-Fida and Al-Ghani oilfields south east of Sirte in the area around Zillah. … According to officials in Misrata, a deal had been brokered under which Misratan and Benghazi forces would pull out of Sirte and the oilfields, although units from while Tarhouna, Zawia, Beida and Marj would stay. In return, Ibrahim Jadhran would leave for Dubai, handing over the oil terminals… Read more »

Need edit button. The other twitter message from the U.S. Ambassador Safira Deborah in Libya was as follows:

So lucky to see her engaged in the internal political turmoil to sort these events out for the poor, underdeveloped Libyan people. More info at #USAEmbassyLibya. Whatever happened to the murderers of the #Benghazi attack?

Appalled by the cheer killing of young military soldiers in Benghazi by a car bomb, the Libyan Minister of Justice said our international partners should be asked to help us fight terrorists who have declared war on innocent Libyans. All the Libyan Minister of Justice needs to get US military aid are big cheeses in the US screaming, “Benghazi, terrorists, Benghazi, terrorists, … time for the Pentagon to act.”  That pump is so well primed that Republicans and 50% of Democrats in Congress will get on board with that. wrt to the Libyan Chalabi — neo-con/neo-liberal Democrats denied any CIA… Read more »