I have only seen it here:

28th June: Admiral John Kirby, the spokesperson of the US Department of Defense has stated that the United States is in a position to deploy 30000 troops to Iraq if the need arises and the President so decides.

I thought Obama said no to that idea.

That was closely followed by this little tidbit.

28th June: Qassim Atta, the spokesperson for the Iraqi army claims that Russian made Sukhoi aircraft will be supporting army operations in the next few hours.

Neither quote is on the Google sheeple fodder menu. I already tried.

The enemy of my enemy is my frenemy.

Those backroom deals never make the news, do they? The only real evidence of their existence lies in the effects that they have. Is ISIS a sufficient threat to Russian interests that Putin is willing to throw the Eastern Ukraine pro-Russian rebels under the bus in order to quell the flames in the northern areas of the Middle east?

Them crazed fundamentalists…Muslim, Christian, whatever…are the primary driving power behind the increasingly centrist points of view of the really powerful nations. Everybody’s afraid of people who don’t really care whether they live or die.

Back to the future.

Iraq III. Or is that Vietnam VI? 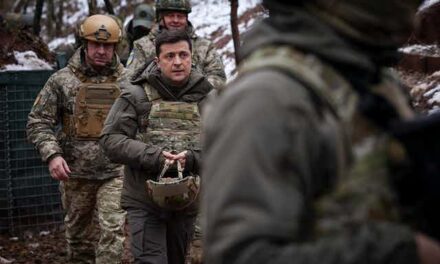 Zelensky Is SO Much More Than a Comedian-Turned-President