Turkey In Alliance with ISIS – Undermining Obama’s Policy In Iraq

Syrian Kurds are aligned to PKK movement which Turkey wants destroyed. Syrian Kurds wanted to remain neutral in civil conflict with Bashar Assad and become independent from Damascus. The Kurds fought off the FSA and Jabhat Al Nusra last year. The Syrian Kurds did not croos the border with Turkey but had chosen the longer route to Iraq’s Kurdish border.

Turkey has not partnered with the U.S. and western forces to fight ISIS in Iraq, originally claiming it was restricted by the Turkish hostages taken by ISIS in Mosul.

Israel gives military support to Jabhat al-Nusra on the Golan Heights in opposition to Bashar Assad. Adds weight to a renewed opening of southern front against Damascus.

Turkey is a steady source of Isil recruits | Gulf News |

Ankara: Having spent most of his youth as a drug addict in one of the poorest neighbourhoods of Turkey’s capital, Can did not think he had much to lose when he was smuggled into Syria with ten of his childhood friends to join the world’s most extreme militant group.

After 15 days at a training camp in the Syrian city of Raqqa, the de facto headquarters of the Islamic State of Iraq and the Levant (Isil), the 27-year-old was assigned to a fighting unit. He said he shot two men and participated in a public execution. It was only after he buried a man alive that he was told he had become a full Isil fighter.

“When you fight over there, it’s like being in a trance,” said Can, who asked to be referred to only by his middle name for fear of reprisal. “Everyone shouts ‘God is the greatest,’ which gives you divine strength to kill the enemy without being fazed by blood or splattered guts,” he said.

Hundreds of foreign fighters have joined the ranks of Isil in its self-proclaimed caliphate that sweeps over vast territories of Iraq and Syria, including some from Europe and the United States. But one of the biggest source of recruits is neighbouring Turkey, a Nato member with an undercurrent of Islamist discontent.

(Ekurd) – The Kurdish region in northern Syria [Western Kurdistan] remains impenetrable as it confronts both Turkey and the Free Syrian Army. Thus far, there have been 2 failed attempts to drag the Kurdish opposition into battle against Syrian Army forces and to break the Kurdish Democratic Union Party’s [PYD] control over the Kurdish areas. The Kurdish areas under PYD control extend for 848 km from Al-Malikiyah (also known as Dayrik) in northern Iraq to Efrin, which is north of Aleppo. This western Kurdistan region also coincides with the Syrian-Turkish border.

The PYD, headed by Salih Muhammad Muslim from al-Qamishli District, is considered one of the most important parties in the National Coordination Committee for Democratic Change. It is also an armed group, which is worth noting given that the committee officially opposes the militarization of the conflict.

It is especially because of this favorable political environment — one that favors both the regime and the opposition — that the PYD is able to show off its armaments without actually having to use them. The first attempt failed after 1,800 Syrian Kurdish soldiers discharged from a training camp in Iraqi Kurdistan, near Erbil, in order to seek livelihood.

Many bloggers have a difficulty to grasp the dynamics of the Arab uprising and fail to understand the role of the US. See the fp story by BooMan who attempts to find a rationale – Solving the Egyptian Puzzle.

Libya was a wealthy nation and Gaddafi was well armed with SAM-7 missiles, anti-tank grenades and vans with heavy guns mounted. These weapons have spread across the 50+ tribal groups in Libya, the Tuaregs took them into Northern Mali, spread further south to the Boko Haram in Nigeria. The Salafist fighters took the weapons into neighboring states like Tunisia, Egypt (Sinai), Niger, Sudan and to Syria via the “open” border with Erdogan’s Turkey.

CIA boosted MB in Egypt during the cold war years to break the influence of the Soviet Union. The MB were suppressed under Nasser (video) and left Egypt for Qatar, UAE and Saudi Arabia. Only in Qatar is the MB still welcome, the MB is outlawed in UAE and similarly in Saudi Arabia. The MB turned out to be a subversive militant organisation. Saudi Arabia, the guardian of two sanctuaries of Islamic faith, is based on the pure Islamic belief of Wahhabism. Apparently Safalism is tolerated and funded/supported to spread the Islamic faith through mosques across the globe. The foreign preachers in Saudi funded Western mosques are homophobic, anti-Israel and against western culture. It’s the source for Muslim youth traveling to Chechnya, Yemen and Pakistan for jihad.

US must recall it is not just any country

(FT.com) – In this young century, the 9/11 attacks, the global financial crisis and the unrest in the Arab world have struck at the heart of vital US interests. [My gut feeling tells me somehow all three events are associated with US exceptionalism and its policy in earlier decades – Oui]

The fundamental problem in the region is the absence of institutions that can bridge the Sunni-Shia divide, and protect the rights of women and minorities. Even as we make necessary immediate choices – including arming the Syrian rebels – we must insist upon inclusive politics.

As we work with reformers across the region, we should not forget that Iraq has the kind of institutions that are meant to overcome these divisions. Given its geostrategic importance, the chaos engulfing its neighbours and Iran’s destructive influence, our re-engagement with Baghdad is sorely needed. [Rewriting history? The ill advised invasion and occupation of Iraq was a profound decision which encouraged jihadists in the region – Oui]

Came across this fp story by Steven D … the warmongering under Bush and a war lost to Sunni insurgency while providing “democracy” in Iraq to a Shia majority under President Maliki.

Unnamed “US officials” at the Pentagon are claiming that they have reason to believe Iran is responsible for the attack and execution style slaying of 5 US troops in Karbala on January 20th.

Of course, they also say that this serious investigation isn’t based on any hard evidence:

Both officials stressed the Iranian-involvement theory is a preliminary view, and there is no final conclusion. They agreed this possibility is being looked at because of the sophistication of the attack and the level of coordination. “This was beyond what we have seen militias or foreign fighters do,” the second official said.

A preliminary view. How convenient. How long before it becomes the official US position. To refresh your recollection, here are some news accounts regarding what happened at Karbala on January 20th …

Israel: Controlled By Its Need To Control

Trump to Pull Out of Iran Deal

So Much for the Two-War Strategy

ISIL is recruiting in Ankara, Turkey – NYT Reporter Threatened | Hürriyet Daily News | The New York Times revealed Sept. 19 that its reporter Ceylan Yeğinsu, who wrote a striking story on the recruitment efforts of the Islamic State of Iraq and the Levant (ISIL) at the heart of the Turkish capital Ankara earlier this week, has been receiving “messages that threaten her safety.” After her report was published, Yeğinsu not only received strong reactions from officials, including President Recep Tayyip Erdoğan, but was also targeted by the pro-government media, with a number of newspapers publishing her picture on… Read more »

Syrian Kurds are fleeing an advance by Islamic State (IS) militants On Friday, Turkey opened a 30km (19 mile) section of its south-west border to Syrian Kurds fleeing Kobanê (the Kurdish name for Ain al-Arab). Clashes then broke out on Sunday after protests by Kurds on the Turkish side of the border, some waving banners of the outlawed Kurdistan Workers’ Party (PKK).  « click for more info Turkish soldiers stand guard as Syrians wait behind the border fences near the southeastern town of Suruc in Sanliurfa province. (Reuters)   The BBC’s Mark Lowen, at the scene, said Turkish forces were… Read more »

The U.S. is on a reckless path trying to unite regional power players in opposition to Syria’s Assad by funding and arming so-called “moderate” fighters. Recent history should have taught us this is utter bs. The US will continue to find Russia, Iran and Hezbollah supporting Assad. John Kerry: ISIS are avowed genocidists plus MSNBC video interview. Transcript of interview via state.gov –  MSNBC’s Morning Joe. QUESTION: There were reports this past weekend that – out of London that some of the biggest funders are coming out of Qatar. SECRETARY KERRY: Some of the biggest funders individually are coming out… Read more »

PKK leader accuses Turkey of supporting IS, Jabhat al-Nusra | Al-Monitor | It is wrong to think that the war between the Kurds and takfiri groups only started after the Islamic State (IS) took control of Mosul and advanced toward the Iraqi Kurdistan Region. In fact, Kurdish fighters fought fierce battles against takfiris — battles that began about two years ago — when IS tried to take control of the Kurdish areas in northern Syria, and especially the strategic town of Ras al-Ain (Siri Kania) on the Turkish-Syrian border. At the time, the radical group was fiercely resisted by the… Read more » 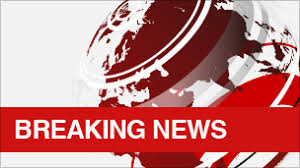 ○ Pentagon: US launches air strikes on Syrian state against IS militants