I appreciate the opportunity to post here.  This will be the start of a series over the next 5 days on 2014.  I think what I am going to show here is unique – I think many are missing the dynamic at play in 2014.   Because this stuff isn’t everyone’s cup of tea, I will promise to not bury the lead.

Bottom line, the data on incumbents is rather amazing.  As the table below shows, the number of incumbents under 50 is unprecedented.  Candidates in what should be safe seats in places like Kansas and West Virginia and Oregon are under 50.  What does this mean?  In my opinion, it is a reflection of three things:

In my view, the first of these is really critical.  I will show this in another post, but Obama by some measures should be doing better.  Job growth over the last 6 months has been good, unemployment claims are at near decades low and consumer sentiment has recovered. More on this later.

Let’s get to the data.  The table below shows every incumbent in Senate and Governor’s races since 1998.  The most incumbents under 50 at this point in any year was 2010.  THERE ARE MORE THAN TWICE AS MANY INCUMBENTS UNDER 50 NOW!

Does this mean these incumbents will lose? It depends. There was a time when pundits talked about the 50% rule: if a candidate was under 50% he was probably going to lose.  No one ever really studied this until Nate Silver, and I don’t think he has looked at it as it is presented in the table below.

To understand this table you need to understand PVI.  PVI is basically a measure of how Republican or Democratic a state is.  If a state has a high PVI, it has a heavy partisan lean (think Vermont for Democrats and Utah for Republicans).  The intuition is that a Republican incumbent under 50 in a deep red state will probably win, but one in a Democratic State will lose.  As the table below shows, this is exactly what we find:

The table doesn’t make one optimistic about the Senate.  In fact, this was always going to be a tough one.  Here is a history of the number of Democratic Seats for this class of Senate seats:

Democrats typically win about 12 -15 seats of the ones up in 2014.  So the GOP SHOULD pick up a number of seats.  That they have not nailed down many of these seats actually tells you something about how badly damaged the GOP brand is. 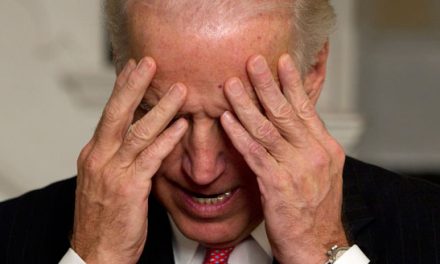 A Look at the Exit Polls and Turnout

You want tonite or tomorrow?

Steve – sorry I didn’t response – I was actually at the O’Malley event in Portsmouth.  I will post something about that tomorrow.

Congressional district PVI’s differ from state PVI’s.  Some bloggers have played around with using various analyses of variance to try to suss out CD corrections to state PVI estimates.  Longitudinal studies are complicated by gerrymandering, but there should be some good ways to do it. The fly in the ointment is turnout, or in the polling world the difference between registered voters and likely voters.  Sometimes those sub-50 numbers might show up as reflections of the increase in potential likely voters for the other party.  PVI’s can shift over time, else there would be permanent majorities of one sort or… Read more »

is some states – it has been 12 years since there has been an exit poll in a midterm.  This is true for North Carolina and for Alaska IIRC. Without exit polls you can’t tell if your sample is right – because response rates keep dropping. This: “The difficulty of a challenger in a high PVI area for the incumbent is name recognition and the credibility that the challenger can actually win–that it is possible for a challenger in a high-PVI Republican area to pull 175,000 voters from a dead start to win in the election.  Most successful challengers get… Read more »

National voter turnout in mid-term elections has been below 42% for decades:

Thus we can see is doesn’t matter what “The Voters” think or feel.  They don’t engage so their opinions are irrelevant to the outcome.

chart that incumbents love.  Pew has a chart – it goes back to 1790 – and the gap between mid-term and presidential turnout has been relatively stable since then.

Any GOTV campaign thus has a huge upside to shake things up.  And the upside for a challenger is larger than that of the incumbent.  Which is why surprise upsets still happen when incumbents are caught napping.

with all of the polls – but the polls this cycle are from dubious sources, and everyone knows Romney’s pollster screwed up.

As long as an incumbent refrains from being caught buggering dead goats he – and it’s almost certain to be a he – has a ~90% chance of being returned to office.  Mostly, I think, due to the average person’s adherence to or apathy towards change.

The issue isn’t individual psychology.  It’s the sociology of getting more people to participate, people who are not necessarily averse to but actively seeking change. It’s easy to be comfortable with self-defeating stories. The secret of getting out the vote is not convincing someone to change, but convincing someone already convinced that change is needed to got on one poll at one time on one day and after waiting however long to get a ballot and a means of choosing on it to vote for the candidate who is not the incumbent, submit the ballot for counting, get the little… Read more »

Isn’t that when concerns about campaign finance escalation started becoming a public issue?  1982.

Will Holder resignation affect turnout? wondering if the timing of resignation had anything to do with midterms aside that he wants to leave before the next 2 years.

Are you going to House seats next? This is suspenseful!

Still five weeks to go.  Folks should be close to completing their screening canvassing by now.  Watch as the follow-up visits start to happen.  That should give a whiff of how extensive the GOTV operation is.  If the GOTV efforts are writing off entire CDs in battleground state races, that should be apparent shortly. For once, that doesn’t seem to be happening in NC because Dr. Barber’s Moral Monday movement is still having rallies in what is normally thought of as red counties.  This is going to be a full-court press campaign for the NAACP in the South.  They are… Read more »

that both look bad.  But candidates and campaigns do matter.