You might not think it, but I do get embarrassed sometimes at how little I have to say that’s critical about President Obama. It’s partly because I’m so continually appalled at the attacks on him and their overtly racist character; as Melissa Harris-Perry was suggesting a few weeks ago, his presidency is in a lot of ways more important than he is himself. And then I’m not seeing a lot of practicable alternatives to his management, in the current situation in the United States, with a paralyzed legislature and a poisoned Supreme Court and a rotten and poorly informed political press and a rogue intelligence community that, I’m convinced, defies him; Obama is so much the least objectionable part of our establishment, and we ought to be trying to strengthen his hand against the rest of it.

Intellectually, though, he can be pretty ordinary or unimaginative (who can’t?), and this bit of analysis from Professor Cole on the situation in Iraq and Syria struck me as kind of important:


(Cont. reading below the fold)

At one point in the interview, Obama lays out what he thinks the underlying problems are:

“They have now created an environment in which young men are more concerned whether they’re Shiite or Sunni, rather than whether they are getting a good education or whether they are able to, you know, have a good job. Many of them are poor. Many of them are illiterate and are therefore more subject to these kinds of ideological appeals. And, you know, the beginning of the solution for the entire Middle East is going to be a transformation in how these countries teach their youth. What our military operations can do is to just check and roll back these networks as they appear and make sure that the time and space is provided for a new way of doing things to begin to take root.”

This point of view is just old-fashioned modernization theory, and I think it puts the cart before the horse. It depicts Iraqi and Syrian youth as putting sectarian considerations before ones of rational economic well-being. I don’t believe this is an accurate characterization of what has happened. That Obama sees these Arab young men as merely acting irrationally, and that he doesn’t seem to understand the profound crisis of joblessness behind the turmoil, helps explain why ISIL surprised him and his intelligence officials.

If he really believes (as I’m afraid Clinton did in his views on the South Slavic states) in illiterate young people giving in to “ancient hatreds” as the problem in the Middle East, he needs to stop reading Friedman and start reading Cole. The biggest problem in Iraq and Syria is the economic destruction together with the surfeit of armaments, both wrought by the 2003 invasion.

Cross-posted at The Rectification of Names 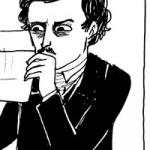 In Defense of Hillary (really!)

The Arab Uprising has its roots in austerity measures, cost of life’s necessities, inflated price of fuel and outlook for youth. Each country has a different story, history and future of the same “event.” One cannot compare Tunisia, Egypt, Libya and Syria. For Libya and Syria the western goal was regime change. The root cause of ISIL is a complete different matter!

I do agree with your end conclusion, except Obama bears full responsibility for Libya and Syria. Different choices could have been made, he followed his neocon advisers and was happy with it.

Will front page this later today.

They have now created an environment in which young men are more concerned whether they’re Shiite or Sunni, rather than whether they are getting a good education …

Still pitching the poor and illiterate Muslim radical line?  Thought that had died out when the facts after 9/11 didn’t support that.  No wonder US intel keeps screwing up — they’re looking for lost keys under a street light and not where they were lost.

A lot of liberals/lefts are guilty of that all the time.

But there is some truth to this analysis.  If anything it mirrors Benjamin Barber’s Jihad vs McWorld.  The problem isn’t that youth in Syria and Iraq (and Egypt and Libya) are “turning to sectarian divisions” instead of getting a job, but because they have no job to turn to.  The economic issues of globalization – ones that governments in the Middle East have done nothing to prepare their populations for – have left their populations angry and poor. Given the failure of political ideologies to provide a better future for these populations, fundamentalism is at least a possible answer.  Communism… Read more »

Obama is a relatively-decent center-right Democrat who knows how to play Emperor much better than Bush Jr or McCain. He isn’t a sociopath like Rmoney, and he isn’t a complete fucking dunce like Palin. I think Obama has done a good job with what he has to work with, which isn’t much, really. The Democratic party tends to be staggeringly inept at getting any kind of narrative out, and continuously allows the Republicans to define everything. I’d love to see an actual socialist as President, but to be honest, if the House and Senate were to be as dysfunctional as… Read more »

you got that right.

It’s not just Arab youth that Obama has trouble grasping.  He had similar failures of understanding of the youth protesting in Occupy Wall Street. Juan Cole’s characterization of being trapped in modernization theory (of a kind that shaped both Obama and his staff, like Susan Rice and Samantha Power) is a product of the 1980s thinking about globalism. President Obama’s well-received address at Cairo University was of this character, avoided orientalism, and stated a positive vision of a future Middle East.  That vision was most easily embraced by youth in the region who shared somewhat a modernization and democratization mindset.… Read more »

yes, agree with addition that the undermining/ disruption of traditional culture is disorienting and, well, in itself a potential cause for despair. I submit that’s what many are reacting to. note that traditional culture offers a place for everyone even if “unemployed” b/c a large % of work is not wage employment

anyone else having ridiculous problems with the site this evening?

I’ll channel Cole. Why should it be a surprise to anyone that after you have destroyed one’s country and taken away his means of livelihood, that he takes up arms against you? Combine this with the ugly poverty and unemployment the wars have wrought and with the profiteering and thieves and you have the makings of a revolution. More bombs, drones and destruction are not likely to bring them to their senses, whatever that means in this context. It is us who are increasingly insane. Just how long is a long time to bomb anyway?   And as for Obama,… Read more »

You know, when I read criticisms of President Obama, from whatever political perspective, my usual impression is if his critics were half as smart as they think they are they would be twice as smart as they actually are. I guess it comes from their assumsions of ignorance on the part of President Obama and his administration and superior knowledge and understanding of whatever policy they disagree with on their part. It seems to reflect a conceit on the part of his critics, from whatever political perspective, that if only he knew what they know he would do what they… Read more »

IOW — if we knew what the President knows, we would criticize him?   Sounds like what I heard from many people in 2002/03.  Some of us will never turn off the critical part of your brain in deference to partisanship or patriotism because we don’t want to be fools.

Meant to write: if we knew what the President knows, we would not criticize him?

yes, I understood you intended a not there

the assessments of Barack Obama and GWB are different, the two have different capabilities and exercise leadership differently. the poster isn’t saying he defers to Obama saying “trust me” – does Obama ever say that when he’s doing something questionable?

I for one don’t assume ignorance on the part of the president–when I see a sign of it like this (as Marie says it’s over a decade since anybody had an excuse for thinking of jihadism as arising from illiteracy) I’m shocked. That’s why I felt the need to write about it.

what I mean  to write is, yes, it could be ignorance, orientalism, lacking a refined understanding of the other culture. i’ve seen instance of that in some of his foreign policy related statements, just the general trashing of Obama gets to me.

It’s a fact as you note below that he’s a brilliant strategist, and you can’t be sure whether anything he says is to be taken at face value as representing his opinion or is some kind of move in a broader project. It seems like a shame, and a shame for democracy, that he can’t just speak openly on so many issues, but I absolutely accept that he can’t (remember how the shit hit the fan when he was overheard speaking honestly about Netanyahu). He may well have a more refined understanding of the ISIS recruits than he lets on… Read more »

Yes, and for the person on the street who might understand that as a category. Read your multiple soccer games post, fascinating, very very constructive.

agree. it becomes very tiresome. For that reason I very much like how Yastreblyansky writes in this diary. The question for me always is, Obama being the brilliant strategist and political person that he is, and frequent player of 11 dimensional chess, why is he doing/ saying this?  I would agree with Tarheel dem and Yastreblyansky’s takes on it; but often Obama says things publically that are pretty much about buying time for some action that is in process. often, as Booman pointed out, he puts his main thoughts towards the end of the speech as a kind of wrap… Read more »

The Voice In The Wilderness
Reply to  Errol

Well, he’s had six years to do it and has only stuck us in harder. The Mid-east wars have now outlasted the Vietnam war as America’s longest war. Only the lack of a draft saves the government from mass demonstrations.

“only” six years to turn around decades for foreign policy? it takes longer than that I’m afraid. But he has two more years and building a strong coalition in the region will help towards stabilizing a new direction and making it more difficult for successor, it it’s a PNAC type,, to undo.

The Voice In The Wilderness
Reply to  Errol

Decades? Bush’s war didn’t start that long ago. And he looks to be going in deeper rather than turning around.

Political scientists have described Obama’s foreign policy approach as “non hegemonic leadership”, closer to Carter’s I guess, than anything since. It’s a departure from Nixon- Kissinger, Reagan et al.

I’ve been working on an analogy you might like, inspired by Booman, in which the president’s game is not chess in any configuration of dimensions but good old 3D soccer.

The Voice In The Wilderness
Reply to  maythirteenth