My alternative title was “This is great news for John McCain,” because of course it is:

Sen. John McCain (R-Ariz.) said Sunday that the United States needs more troops on the ground to assist with airstrikes against the Islamic State, suggesting that ongoing efforts to stop the terrorist organization’s advances are falling short.

McCain said more U.S. forward air controllers and special forces are needed in the fight against the Islamic State. He also called for a no-fly zone over Syria and Iraq and said the United States should expand its air campaign to the Syrian regime, which is engaged in a civil war.

Because what could possibly go wrong with putting more American ground troops into another war in the Middle East?

One Party Support for Israel 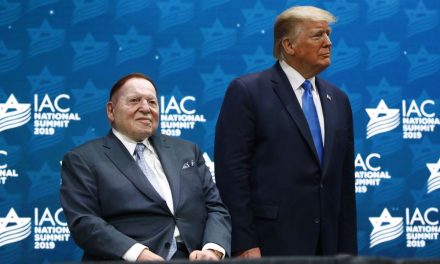