For a number of reasons and to better understand US foreign policy during the Cold War, I came across Kissinger’s Middle-East policy. To my astonishment, I see that the Obama administration is in some ways returning to some of these core goals and the Iran detente is part of it. We should not forget events that changed global views for decades: Vietnam War 1965-1974, Israel’s Wars of 1967 and 1973, Oil Crisis of 1973 and OPEC, Iranian Revolt of 1979, Reagan’s support for Saddam Hussein’s use of CW in a war of agression against Iran, Carter and Brzezinski’s sell-out of Pakistan to Saudi Arabia to support mujahideen fighters in Afghanistan. Republican and Democratic Presidents allowed  nuclear proliferation for Pakistan to build the atom bomb to counter India’s nuclear aspirations and ties to communist nations China and the Soviet Union.

Iraq, supported by other Arab states, resisted Iranian influence under the Shah in the 1970s (who was being backed by the United States as part of the Twin Pillars policy). This took the form of supporting insurgencies against the Iranian regime in Khuzestan Province and Iranian Balochistan. The Shah, in turn, attempted to organize a coup against Saddam Hussein in 1971 and helped Sultan Qaboos of Oman quell an Iraqi-backed rebellion. He also backed a Kurdish rebellion led by Mustafa Barzani.

The US used non-state actors [terrorist organizations] to put boots on the ground for realization of political goals. This proces continues under the disguise of ‘colour revolutions.’

During the reign of the Shah, the SAVAK was trained by both the CIA and Israel’s Mossad. When the students’ protests overran the US Embassy in Tehran, much of the intelligence of both the CIA and Mossad was compromised.  The US was indebted to Israel and somehow under Reagan/Bush managed to re-supply the Khomeiny regime with essential military goods for aircraft maintenance. Israel was an important intermediary for the Iran-Contra transfer of military goods to Central America and its dictators to fight the people’s rebellions. Israel’s track record for export of lethal weapons and human rights are not a favorable match, see South Africa under apartheid and other African dictator states. In the end, this policy is rewarded, see the latest UNSC vote to block Palestinian statehood and prolong the unlawful occupation of the Weat Bank and Gaza.

During second Pahlavi period, not only political-diplomatic relations between Iran and the U.S. were broken off, but at the same time, an excessive growth in bilateral relations can also be observed. Alongside the détente, U.S.’s military withdrawal from Vietnam, and the outbreak of protests and civil movements in the U.S., Iran had been entitled as the “gendarme of the region” and Shah became the defender of Western interests in the region. Such good relations are pursued under both Democrats and Republicans. The present article claims that becoming the gendarme of the region was not just a product of developments at the international level, but internal conditions were also influential. However, it is the U.S. decision which eventually gave precedence to the influence made by the international level. The reason that Iran was chosen, was based on its various political and leading capabilities in contrast to other countries of the region.

Years of Detent, signing pacts and peace treaties, regional and international security regimes, arms control regimes, and the disarmament of the two superpowers along with Richard Nixon and his realist team who had come to power, set the stage ready for the U.S. to change its foreign policy strategy. Nixon who against all the surges of anti-war civil movements of 1960s, showed that he knows very well how to change his tune in different situations and set the foundations of U.S. new foreign policy upon “national interests” and not on the “national values”. Consequently it is not odd that Moscow’s crime in Prague in the spring of 1969 was considered as small and insignificant.

In the new strategy of the U.S., it would equip and support its regional allies in Asia so that they would support and protect themselves as well as Western interests and in case of a war and on the request of the invaded country, U.S. will send its forces. Accordingly, Kissinger, Nixon’s Secretary of State, offered the “two-pillar policy” based on “gendarme” pattern for the Middle East. In this plan in addition to keeping an eye on maintaining the U.S. interests in the Middle East and the Persian Gulf, much attention had been paid to this security-based reality that has been created after the exit of England leaving a lack of stabilizing power in the east of Suez Canal.

The fact that the nation-states of the Persian Gulf region were newly born, especially and mostly the Middle Eastern nations, was indicative of the necessity of the presence of a stabilizing force. Since these states, due to their lack of popular political and social base and the existence of opposition movements were generally facing legitimacy crises. Among them Iran and Saudi Arabia, with more emphasis on Iran, because of their several geo-economic, geopolitical, and geostrategic reasons, in line with Shah’s ambitious spirit, were able act as the region’s “gendarme” in the absence of the U.S. and England. Cottom called Iran as the U.S. front most hygienic belt in the region.

Yet in the final analysis, within the international equations and internal conditions, we put the bigger emphasis on the first item. Since international conditions and the inability of the U.S. to continue the status quo, forced it to divide the international geographic environment, determine vital regions, and eventually feign its gendarme in the region. In the final step because of the appropriateness of Iran’s conditions in all of its aspects for accepting such an important responsibility, this power was ascribed to this country. In other words, Iran’s internal circumstances did not alter U.S. foreign policy, but –on the contrary– if Iran was unprepared, U.S. would have sought another regional actor for this purpose.

Accordingly, while accepting one of the assumptions made by those who argue that Shah was not plainly a puppet then its generalization within the foreign policy would face a contradiction, especially during 1960s and 1970s. Iran’s turning into a U.S. armory and as a main regional military base of the U.S., within the framework of the Cold War and the presence of thousands of American military in the country, even under the pompous title of “national independent policy”, was nothing more than serving the U.S. as the gendarme of the region. Most of Shah’s military campaigns were about to meet U.S. regional demands rather than serving Iran’s interests. How can it be accepted that Shah in his foreign policy made decisions detached from the U.S. foreign policy, while he was threatened by the newly-established United Arab Emirates for the violation of territorial integrity and during these ups and downs was forced to give way to the independence of Bahrain province?

Even by ignoring Jasper in his claim that Iran and Iraq after the Soviet Union are considered as the U.S. potential enemies, still the quotation “Shah as an ally of the West” seems illogical. If it is said that some of Shah’s minor behaviors were not accepted by the U.S. and England, it cannot be considered as a strong implication of Shah’s foreign policy to be independent, even partially. It rather showed that Shah’s being a “puppet” was not an imposed choice but it was Shah who accepted it wholeheartedly.

On Faux Populism and Outrage Fatigue

Hannity at it Again

Iranian nation is a victim of the use of CWs.
That is why #Iran is ready to counter
WMDs by all its means. 4/17/10 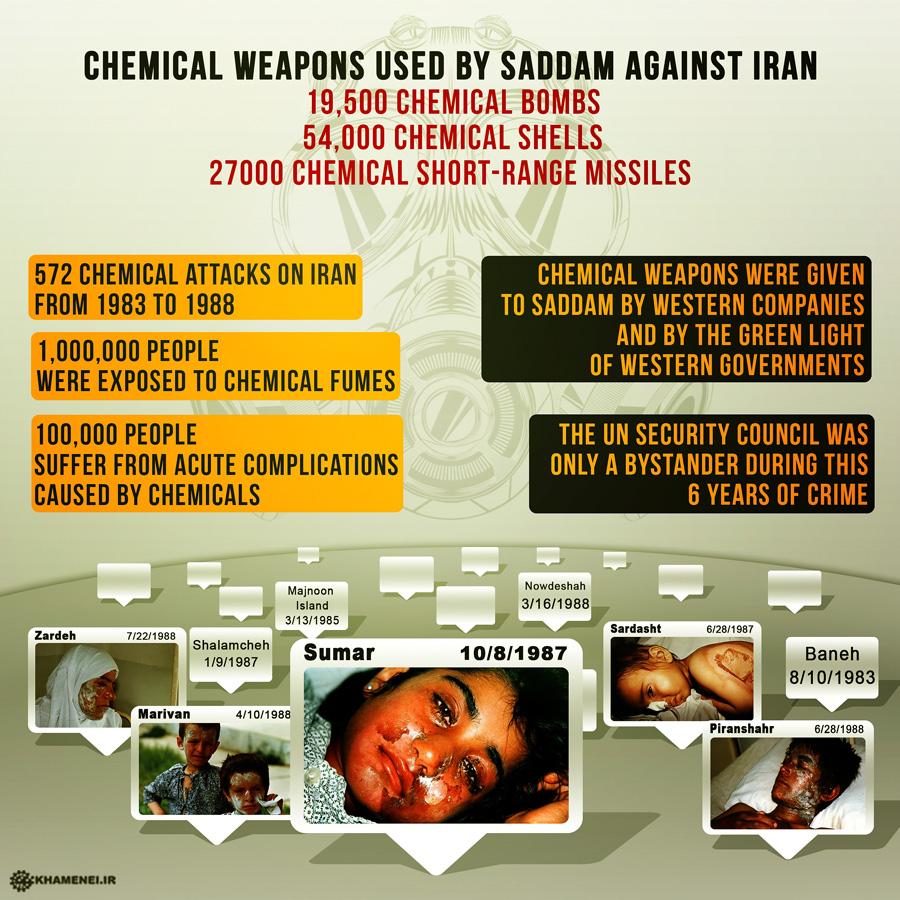 Iraqi Republic headed by a tri-partite Revolutionary Council [1958-1968] In the wake of the 14 July Revolution [1958], the new Iraqi Republic was headed by a Revolutionary Council. At its head was a three man sovereignty council, composed of members of Iraq’s three main communal/ethnic groups. Muhammad Mahdi Kubba was appointed to represent the Shi’a population; Khalid al-Naqshabandi the Kurds; and Najib al Rubay’i the Sunni population. This tripartite was to assume the role of the Presidency. A cabinet was created, composed of a broad spectrum of Iraqi political movements: this included two National Democratic Party representatives, one member of… Read more »

Iraq’s 3rd President Abdel-Rahman Aref [1966-1968] AMMAN, Jordan (AP) — Former President Abdel-Rahman Aref of Iraq, who was overthrown nearly 40 years ago in a coup that brought Saddam Hussein’s Baath Party to power, died in Amman, Jordan. He was 91. He died in the King Hussein Medical Center, said the Iraqi chargé d’affaires in Amman, Tahseen Alwan Ina. Mr. Aref rose to power in 1963, five years after the bloody overthrow of the Iraqi monarchy, when his older brother, Abdel-Salam Aref, who was the president, appointed him army chief of staff. Three years later, Abdel-Salam Aref died in a… Read more »