Ukraine political solution possible, all Poroshenko needs to do is get backing from his Nazi cohorts who won the Battle of Maidan. Every time talks are underway for a political breakthrough, the Right Sektor threatens to move on Kiev and NATO under US command of Gen. Breedlove starts their sabre rattling to provoke the Russians. The Obama administration is compliant with additional sanctions on Putin and his close allies. The US working towards regime change in Moscow? To what goal, more turmoil in a nation with nuclear arms?

How a new Cold War with Russia evolved – The Magnitsky Act, asylum for Edward Snowden, obstinence in support for Assad in Syria and the Maidan coup in Ukraine.

US military cooperation with Ukraine from cradle to death

The Office of Defense Cooperation works with the Ukraine’s Ministry of Defense to provide military equipment and training to support the modernization of Ukraine’s military. They also do humanitarian work with orphanages.

U.S. To Lead Three Military Exercises In Ukraine This Year (2015)

US military instructors are expanding their mission in Ukraine beyond the National Guard and will boost the army’s “defense capabilities” as part of a security partnership which has been going on for the “last 20 years,” the US State Department said.

The US instructors are to focus on small unit training aimed at bolstering Ukraine’s “internal defense capabilities” as conflict in the Donbass region continues for over a year. The new program would increase Washington’s military assistance provided to Ukraine by more than $244 million.

Some 300 US troops are already training the country’s National Guard, which is a semi-official Ukrainian military force hastily created in 2014 to legalize groups of volunteers, patriots and activists following the coup and protests on Maidan. Earlier this month, Lt. Gen. Ben Hodges said that US was considering the expansion of its military training to Ukrainian army soldiers.

“We have been providing this kind of assistance training program to Ukraine, over the last 20 years,” Toner stated, adding the new program is not unique and is in line with the US’ “ongoing partnership” with Ukraine.

Meanwhile Washington has stepped up military exercises in Eastern Europe to “reassure” NATO allies in the face of a perceived “Russian threat.” NATO’s Saber Guardian/Rapid Trident 2015 military drills have been seeing almost 2,000 soldiers from 18 different countries displaying their military might this week near the city of Lvov [Lviv] in western Ukraine, inching further towards the Russian border.

The US-led drills are fueling “revanchist moods among the ‘party of war’ in Kiev, which jeopardizes the outlined progress in the peaceful settlement of a deep internal crisis in Ukraine,” the Russian Foreign ministry said in a statement, earlier this week.

Ukrainian President Petro Poroshenko has called on all political forces in the country to support his plans for constitutional change aimed at ending a separatist conflict in the east and defeating what he called the “Russian aggressor.”

Poroshenko used a flag-raising ceremony in Kyiv on the eve of Ukraine’s Independence Day to call on his coalition allies to overcome their doubts and vote in favor of constitutional amendments that would grant special status to separatist-minded parts of eastern Ukraine.

The proposed amendments are scheduled to go to a first vote in parliament on August 31.

But they have split Poroshenko’s pro-Western coalition to the point that it remains unclear whether the government will be able to gather the necessary 226 votes to send the proposed amendments to a second reading.

Several coalition allies are under pressure — particularly from militant paramilitary groups that oppose giving any ground to Russian-backed separatists.

One day during the Nazi occupation of western Ukraine in the second world war, a young Jewish woman slipped out of the ghetto in the town of Rava Ruska to buy some butter in the market. On her way, she was spotted by a German officer, who ordered her stripped naked, made the seller smear her body in butter, and then had her beaten to death with sticks.

This story was one of thousands relayed to a team of researchers led by Patrick Desbois, a French Catholic priest who has spent years investigating one of the most under-researched parts of the Holocaust.

Killings in western Ukraine were not carried out using the industrialised methods of Auschwitz and other death camps. Instead Jews were rounded up and shot, one by one. Sometimes they were kicked or beaten to death. No records were kept, so keeping track of numbers and locations is difficult.

Now, for the first time, monuments have been erected in Rava Ruska and four other towns in west Ukraine to properly commemorate the killings. In four sites around Rava Ruska, around 15,000 Jews were killed in total, Desbois said at the opening ceremony. Until four years ago, villagers would regularly turn up bones when planting vegetables or simply walking in the woods outside the town.

The killing of Jews in Ukraine is a neglected chapter of the Holocaust, as the murders have been inconvenient truths in both the Soviet and the modern Ukrainian narratives, Jewish leaders say.

Why, at his time, Hillary is not worth supporting

Rich Lowry Doesn’t Care If Puzder is a Wife-Beater

Will the Republicans Pass Tax Cuts?

When all else fails, just name your own people in the Ukraine administration … 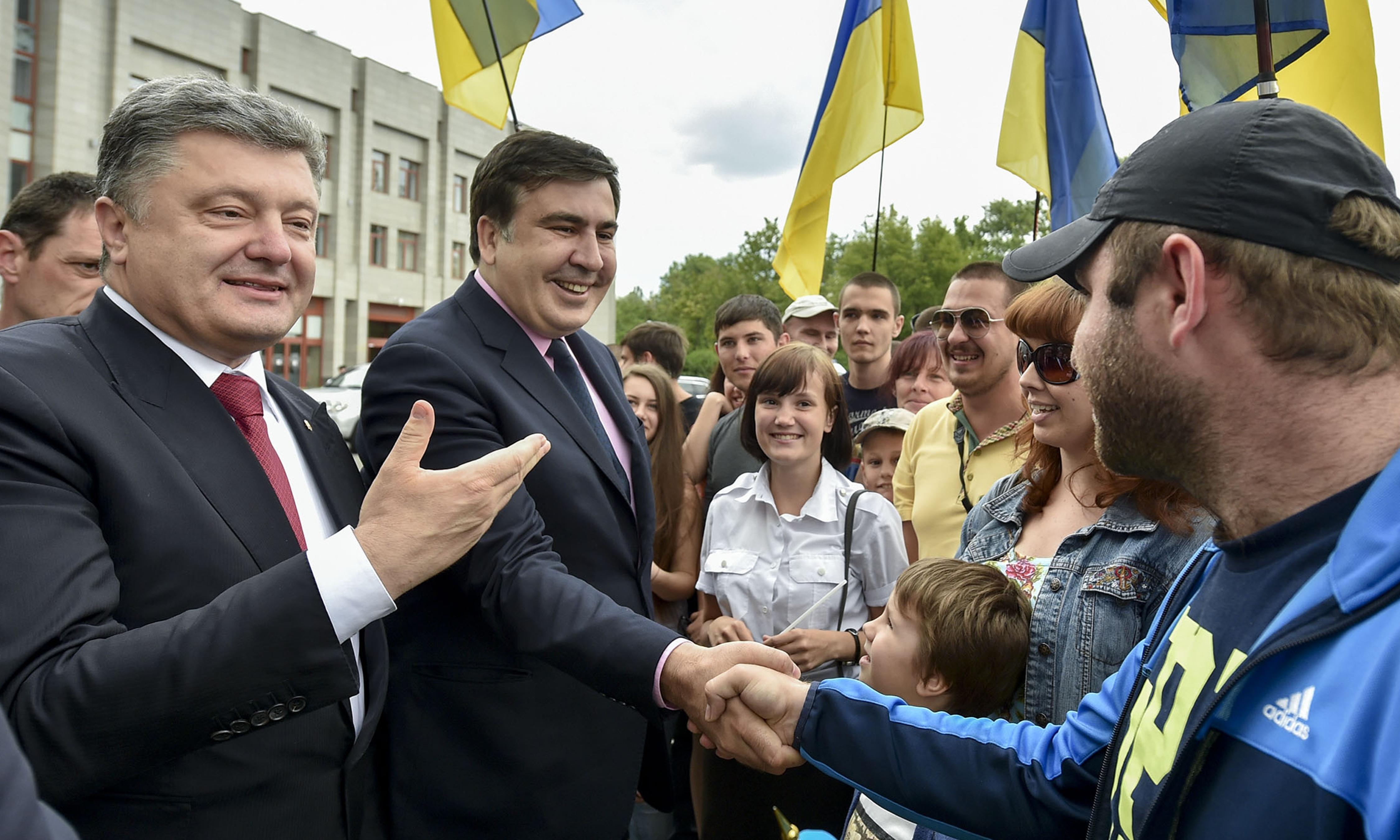 “Tell me, how does Svoboda differ from the bastards who shoot at our national guard at the front?” – Interior Minister Arsen Avakov