Again, I am going to need a big chunk of spare time to properly write about the turmoil in the House of Representatives. That could be tonight or tomorrow. In the meantime, tell me where you heard this first:

The Pennsylvania centrist, who often serves as a mouthpiece for outgoing Speaker John Boehner (R-Ohio), said there is only a small handful of Republicans who can win 218 GOP votes to fill Boehner’s shoes. The trouble is, none of them wants the job.

“We may need a bipartisan coalition to elect our next Speaker,” Dent told reporters after Thursday’s closed-door GOP meeting. “That’s a very real possibility right now, and I think anybody who’s honest about this knows it. They may not want to talk about it, but they know it.”

Now, I’ve also said that I don’t expect this to happen just yet because people are so locked in their ways of looking at things that they have trouble understanding something new and different.

But, if there is a coalition needed to pay our bills on time and keep the government open, and that coalition is made up mostly of Dems, then the Dems belong in the majority. And the conservatives are going to force this to actually happen if they don’t quickly come to realize what they’re doing.

I expect the Republicans to get their shit together here in a few days, but when December comes and they can’t pay the bills, this idea of Charlie Dent’s is going to get as real as a heart attack. 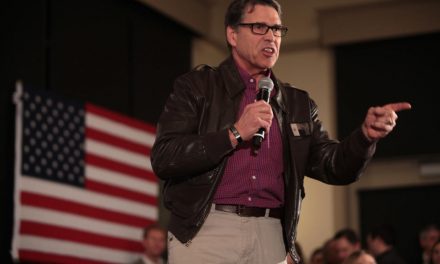 Al Gore taking his message of climate change around the world.

The question is: who is the Willie Brown of the House Republican caucus?

How many Republicans want to retire?

The better question is how many Democrats are in a position to challenge effectively GOP seats held by Reps that are holding the credit limit as hostage?

DWS DEMs tend to lose.  If the DCCC and DNC had enough money to challenge all 235 GOP seats (they don’t but just say they did), and the GOP House continues stumbling and bumbling but manages not to close down the government for more than a few days, DWS DEMs might win 10 of those 235 seats.

I proposed it in December 2012. Just saying.

Quaker in a Basement

If they ask nicely, maybe they could convince Nancy Pelosi to come back.

And I’m only halfway kidding.

boran2
Reply to  Quaker in a Basement

Heh.  I thought the same thing.  At least everyone would know what to expect unlike some of those now being considered.

The debt limit is the hostage. The ball is currently in the GOP court.  They have multiple options – ranging from destroying the US credit and closing down the government to providing the necessary GOP votes to pass a clean credit limit increase.  Almost anything in between will lead to closer to a shutdown option much nearer to the next election.   Doubt Democrats are well positioned to play hardball.  (Would like to be wrong on this.)  That will mean that they blink first and make significant concessions to increase the debt limit and Republicans won’t pay a price at… Read more »

Not grand.  What serves the GOP best is for them to call it a mini-bargain.  Reward us for stopping Obama and elect a GOP POTUS and then they’ll deliver a proper Grand Bargain.

Democratic politicians will wring their hands and claim it was the best they could do considering that liberals are too lazy and dumb to show up and oust the crazies in the House.

Democratic politicians will wring their hands and claim it was the best they could do considering that liberals are too lazy and dumb to show up and oust the crazies in the House.

Democrats don’t really want people voting.  Why?  People need to be given a reason to vote.  Saying the GOP is crazy and needs to be ousted isn’t a convincing reason.  Why do you think DWS, and her ilk, put up so many crappy candidates?

No.  Democrats do want people to vote for the DEM candidates approved and packaged by the Democratic Party.  They are just willing to accept losses rather than offering candidates that people would want to vote for.  They figure that at some point the Republican candidates will become so repulsive that the GOP leaning INDs will prefer the GOP leaning DEMs, and then they’ll win.  Until that happens they’ll blame their losses on voters that can’t be bothered to show up and vote for the “lesser evil.”

This may feel to you and some others like this is what is going on. But if you step back and read what you’re claiming here, it makes no sense whatsoever. For example, the DCCC does not want to lose Congressional races. This is what you have very directly claimed they want to do. That is nonsensical. DCCC leadership, and the Democratic Congressional Caucus itself, lost power when they lost the House majority. If you are right that these leaders want to maintain hegemonic power, then it’s pretty odd to claim that they want to suffer electoral losses which reduce… Read more »

Not a “feeling” on my part. The DCCC doesn’t recruit all that attractive and articulate challengers, but part of that is explained by the limited talent pool that is available.   The 2014 mid=term election for Senate seats most definitely supported my interpretation/conclusion.  Newer incumbents and challengers all ran as conservative DEMs — and got as far away from Obama as they could.   As a huge Obama supporter, why are you okay with that loser strategy?  A strategy that has been demonstrated multiple times in the past — given a choice between a real Republican and a faux Republican… Read more »

Here’s the misunderstanding: the DCCC, and the Congressional candidates who chose to take their advice, were proven wrong in running away from the progressive legislative accomplishments Congress and the President have racked up. You wrote something significantly different: that the DCCC would prefer to lose with moderate candidates and campaigns than win with more liberal candidates and campaigns. That’s where your analysis enters into feelings that lack any factual substantiation. For example, we are not presented a single instance where a more liberal candidate was solidly favored by the County Democratic Party Central Committees and the primary and general electorates… Read more »

As the sole remaining sort-of moderate Republican, Dent would love a grand coalition for a number of reasons. But there are just not enough Republicans left willing to pretend to be moderate, so it’s just not going to happen. Since Boehner made his resignation dependent on the House electing another speaker he will simply stay on until 2017. It’s a much preferable situation for him as he doesn’t have to pretend to placate the crazies anymore. He can call votes on bill for budget extension and debt limit suspensions as he sees fit. With nobody able to get the votes… Read more »

Did Boehner know all this?

It’s looking more likely every day that he did.

It’s a much preferable situation for him as he doesn’t have to pretend to placate the crazies anymore.

It might be a preferable situation for all of us if Boehner remains as a permanently outgoing Speaker. The President showed us the upside of being a lame duck.

If the Democrats were a real political party they could use this insanity to mop the floor with the Republicans.

He could step up to the mic on Monday and say the truth that he’s too afraid to take it. He had enough guts to run with Romney for President, though, so why would he say no this time?

He’d be a lot more fun than Boehner is.