Just to give you something to talk about this morning, the following is a little snippet from Winston Churchill’s famous “we’ll fight on the beaches” speech he delivered to Parliament on June 4th, 1940, in the immediate aftermath of the surprisingly successful evacuation of the British Expeditionary Forces at Dunkirk:

We have found it necessary to take measures of increasing stringency, not only against enemy aliens and suspicious characters of other nationalities, but also against British subjects who may become a danger or a nuisance should the war be transported to the United Kingdom. I know there are a great many people affected by the orders which we have made who are the passionate enemies of Nazi Germany. I am very sorry for them, but we cannot, at the present time and under the present stress, draw all the distinctions which we should like to do. If parachute landings were attempted and fierce fighting attendant upon them followed, these unfortunate people would be far better out of the way, for their own sakes as well as for ours. There is, however, another class, for which I feel not the slightest sympathy. Parliament has given us the powers to put down Fifth Column activities with a strong hand, and we shall use those powers subject to the supervision and correction of the House, without the slightest hesitation until we are satisfied, and more than satisfied, that this malignancy in our midst has been effectively stamped out.

I want to point out that the bulk of this speech discussed the recent military disasters that led up to Dunkirk and the prospect of an imminent invasion of the British homeland. This was not in reaction to the terrifying tactics of the Nazi occupation forces in Paris. By the end of June, the Battle of Britain commenced, and the cities of England were under withering aerial attack.

Note that Churchill wasn’t proud or boastful about the need, as he saw it, to round up suspicious characters and foreigners. Note, also, that the threat we was warning about was as real as a heart attack.

Finally, note that we here in America later had cause to regret that panic had led us to overreact in our treatment of Japanese-Americans. See George Takei of Star Trek fame (who lived in various internment camps as a child) for more on that.

This speech is remembered mainly for its stirring conclusion in which Churchill rallied the British at their direst moment to the challenge of a long war to liberate the world from fascism. He didn’t encourage the British to cower in fear. Would that Republican candidates for the presidency could say something like this:

I have, myself, full confidence that if all do their duty, if nothing is neglected, and if the best arrangements are made, as they are being made, we shall prove ourselves once again able to defend our Island home, to ride out the storm of war, and to outlive the menace of tyranny, if necessary for years, if necessary alone. At any rate, that is what we are going to try to do. That is the resolve of His Majesty’s Government-every man of them. That is the will of Parliament and the nation. The British Empire and the French Republic, linked together in their cause and in their need, will defend to the death their native soil, aiding each other like good comrades to the utmost of their strength.

Again, he didn’t say that no bombs would go off and they’d never have another setback. He said that he had confidence in his people, in the government, in their plans, and in their prospects for success.

That’s how you show leadership in a crisis.

Amen! Well said BooMan … Unfortunately for the British, the military strength of Germany with it’s Blitzkrieg was quite impressive. Europe was caught unprepared for war after the Great Depression. The BBC radio broadcasts, the sound of the Big Ben at the start of a news bulletin and the wprds of Churchill kept all over Europe hope alive as the SS boots trampled on people, freedom and livelyhood. Of course there is no comparison whatsoever with the position of the U.S. today. The spectacle between the presidential candidates in the race for the White House can best be described as… Read more »

Yesterday’s info was correct. The news circulated in Belgian press and social media. The source was IS expert Van Ostade who had received info from two French police investigators and was analyzed on jihadists websites … bits of information circulating.

One presumes that our conservatives would point out that Churchill was willing to do the “round up” necessary to protect the nation, while Tyrant Obammy wants to allow more (child) fifth columnists to enter!

Our historical roller coaster is back in business, with America’s Fascist Party now extolling WWII internment camps. Yes indeed, torture, internment camps, and refusal to help hapless non-Christian refugees just like the 30s, anything that once was regarded as a national disgrace in American history is now an example of our exceptional virtue as a nation.  That’s “conservatism”!

yes; know anecdotally of Austrian Jewish refugee [young man] escaping to Britain spending the war in internment camp in Canada. is anything written about this?

As long as they did not blow up horses, Londoners went about their business undeterred by IRA bombings.  Very phlegmatic.

I have a question that is I guess a bit cold-blooded. But does the US really have to do -anything- about ISIS? Are they a threat of any nontrivial size to us? They killed 150 people in France, but even if they’d killed them the US, that’s just not very many people. It’s horrible, and tragic, and I’m not saying otherwise. But in terms of national security  … it’s a pinprick, isn’t it? I understand that emotionally, 150 (or even 3000) people being slaughtered by fanatics is far worse than 100/day dying in car crashes, and I understand that many… Read more »

You raise a Q that has crossed my mind.  OTOH, I think the overarching issue is not that it’s “just 150 people” (and yes, I am deeply sorry for that loss), but that allegedly such actions could continue with ongoing loss of life and damage to property.  All very random, as well.  So not that easy to predict and prepare for. Kind of like how the westernized allied forces have killed 100s of thousands in the ME and destroyed a lot of “stuff” there, but hey! Why mention that fact?   I said the other day: sow the wind, reap… Read more »

I’m not sure if there’s really any such thing as ‘ultimate responsibility’–and if there is, I doubt the human capacity to identify it. (And certainly to agree about it.) I don’t know. I guess you’re right that ‘stopping them before they do it again’ is the point, and that’s why all the arguments about if Plan A actually strengthens them, and if Plan B will work, etc. But even so, I wonder if the best way to stop them isn’t just not really responding. First, because they could do this once a month, and it wouldn’t threaten us as a… Read more »

Yes but we here in these Yew Nighted States have been told endlessly that ISIS/ISIL/Daesch is a-comin’ ta GIT US big time bc they hate us for our freedumbs ‘n such.  I heard it on the radio, so it must be true! It was on NPR, after all!!

Ergo, yes, this is Yuuuge threat to us here in the USA.  We must sh*t in our pants, cower in abject fear, utter racist, bigoted statements, and throw money at the Morlock, er, the MIC.

Steggies… The problem is not so much with “150 dead,” tragic as that may be. Nor was it even with the much more serious 9/11 attacks. The problem…the real, desired result of such attacks…lies in the eventual short-circuiting of a fairly well-functioning society. Drive a society rightward towards its own worst tendencies and you have stopped it from functioning in the manner that brought it to greatness. Then keep up the pressure until it implodes. And that is where we are at now as a country…teetering on the brink of of a colossal rightward fall. If that happens, ISIS will… Read more »

Well Winney was good some of the time at leadership, and that speech is certainly worth referencing.  Of course, the UK/France, etc, faced enemies who were mostly self-created (albeit Hitler was aided and abetted by the US Banks and Grandpappy Bush, but I digress), not exactly created by UK/France, etc. This time, this mess is mostly directly attributable to actions taken – more recently – by the USA and our fellow travelers in the name of something or other but mostly about Oil and making money and hegemony and imperialistic hubris, etc. Not that the two preceding WW’s didn’t have… Read more »

Maybe Godwin should be expanded to include all references to WWII. I know Americans were so proud of and loved that war that we’ve been trying for seventy years to replicate it even if the identified enemy is a gang of thugs with no state and without the huge resources required to create a military machine.  There will always be people, for whatever irrational reason they concoct, that delight in slaughtering people that have done them no harm.  McVeigh, Brevik, Atta, etc.  There are many more that fantasize about doing so but lack the means and opportunity to do it,… Read more »

Japanese-American internment probably a result of racism too: Germans from Europe and Japanese from Asia.

Here’s an idea:   Let’s round up the Irish because of the IRA.   C’mon.  This has grown to absurdity.  They’ll pass this “pause” (of indeterminate length) for a small group of people without even expanding the visa requirements for the French or English or Germans or Belgians, etc. who can just get on a plane and come into this country with no check whatsoever (except perhaps the no-fly list).  A lot of good that’ll do.

No kidding. Famous crook Whitey Bulger was even known by the Fibbies to be running arms for the IRA.  Well to my recollection (pretty unreliable), I don’t think the IRA did anything here.

It’s bogus, hocus pocus, let’s give all our money to the MIC because safety blah blah blah.

I agree with Obama. We are afraid of three year old babies. We want to send them all back whence they came. What then? We will have more enemies. No one talks about the utter destruction this war has put upon the people in the ISIL lands. Their homeland and means of economic survival have been destroyed along with many of their family and friends. And the people have endured years of drought and millions of displaced peoples as well. Is it any wonder they hate us? And that word may not express their contempt for us. And ISIL is… Read more »

Here’s the relevant lesson from WWII: 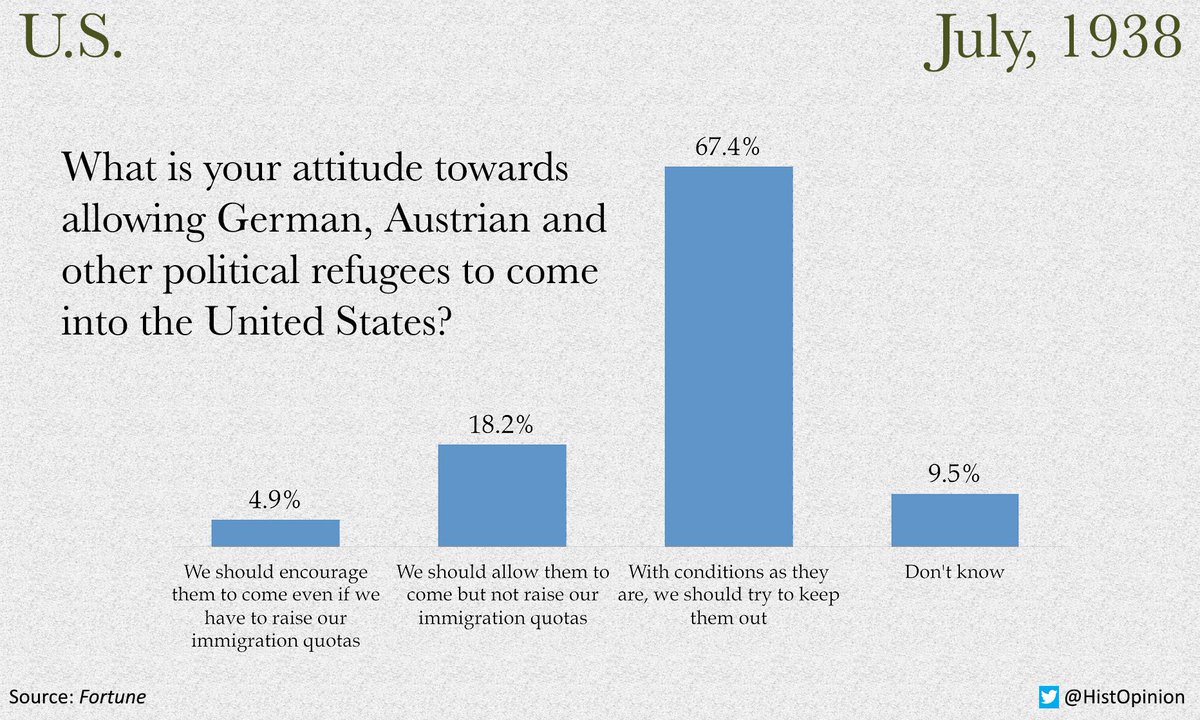 and Britain, see my question upthread

instance I know of, refugee sent immediately to Canada