Yesterday, some Christians of the literalist variety got their Twitter knickers in a twist over a Google doodle celebrating the 41st anniversary of the discovery of the Lucy fossil. 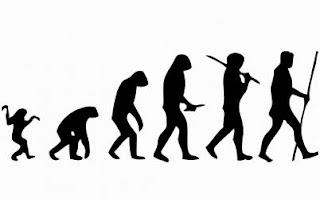 You know, because if we evolved from apes, why are there still apes? Amirite?

And why are there different kinds of avian flu? And why must we suffer fools?

This would all be very familiar and par for the course if it were limited to confused people saying dumb stuff on the Internet, but things are quite a bit worse that that, unfortunately.

For example, in our infinite wisdom, we elected a strong Republican majority to run the U.S. House of Representatives, which means that conservative Republicans control all of the committees, including the esteemed Committee on Science, Space and Technology. As you might imagine, this committee has jurisdiction over science, including the climate science that is conducted by the National Oceanic and Atmospheric Administration (NOAA).

And that’s a problem because the chairman of the House Science Committee is Rep. Lamar Smith of ExxonMobil, also known as the 21st Congressional District of Texas. And people in ExxonMobil are somewhat skeptical that climate change is actually occurring. Or, at least, their elected representatives are well-compensated to feign this kind of skepticism.

Here’s how this looks in practice:

A top House lawmaker’s confrontation with government researchers over a groundbreaking climate change study is provoking a national backlash from scientists, who say his campaign represents the most serious threat Congress has posed to scientific freedom.

Rep. Lamar Smith (R-Tex.), chairman of the House Committee on Science, Space and Technology, has subpoenaed scientists at the National Oceanic and Atmospheric Administration and demanded that they turn over internal e-mails related to their research.

In a way, you don’t really even need to know more. The Chairman of the Science committee is using his subpoena power to harass government scientists because he doesn’t like the results of their research.

This is such an obnoxious thing to do that the director of the NOAA is refusing to comply and telling Lamar Smith to stuff it.

After NOAA Administrator Kathryn Sullivan again balked at the demands on Friday, the [legislative] aide [to Chairman Smith] said the committee still hopes to negotiate with the agency rather than seek contempt charges. In a letter to Smith, Sullivan defended her agency’s work, saying her staff is not influenced by political interference.

“I have not or will not allow anyone to manipulate the science or coerce the scientists who work for me,” she wrote.

Without getting deep into the actual science here, the dispute arose because updated data caused the NOAA to revise previous findings. And this was annoying to Lamar Smith because it undermined one of his prized talking points for raising doubt about global warming.

Smith has alleged that NOAA researchers used inaccurate data or even manipulated it to promote President Obama’s agenda on climate change. Smith shifted tactics last week, alleging that the research was rushed and citing what he says is information provided by agency whistleblowers showing that some employees at the agency were concerned that it was premature to publish the study.

The lawmaker and committee aides have noted that the study was published two months before the Obama administration announced its Clean Power Plan, which aims to cut carbon emissions from power plants, and five months before this month’s climate summit in Paris.

The researchers may have violated the agency’s scientific integrity standard, Smith suggested.

“Their agenda comes first, and the facts come second if at all,” he said in a speech last week to the Texas Public Policy Foundation in Austin. He denounced the president’s climate agenda as “suspect.”

As just an aside, the Texas Public Policy Foundation is the brainchild of James Leininger who is best known for his role promoting charter schools and taking over the Lone Star State’s Board of Education:

What makes Leininger one of the most powerful people in Texas politics is less the amount of money he has given over the years than the broad reach of his spending and his commitment to a conservative agenda. By pumping tens of thousands of dollars into the previously ignored State Board of Education races, he turned an obscure committee of retired teachers into an ideological hornet’s nest, whose debates over curriculum and textbook content have made national news.

So, you know, the anti-science circle is complete here.

Rep. Lamar Smith goes to a think tank that’s absolutely committed to undermining secular, science-based education to rail against scientists at the NOAA who are conducting research that makes Texan oil moguls uncomfortable.

I shouldn’t need to mention it, but when the chairman of the House Science Committee behaves this way it’s a problem.

Scientists also warn that Smith’s efforts raise concerns for NOAA and other federal agencies, which may now worry about jeopardizing their federal budgets if they get in the crosshairs of a lawmaker who disagrees with their work.

“Now you’ve got somebody who has congressional subpoena power doing this, who can continue to investigate and investigate a particular agency because they don’t like a given result,” said Andrew Rosenberg, director of the Center for Science and Democracy at the Union of Concerned Scientists. “They can carry it over in appropriations.”

It’s actually enough of a problem that yesterday “seven scientific organizations representing hundreds of thousands of scientists sent an unsparing letter to Smith, warning that his efforts are ‘establishing a practice of inquests’ that will have a chilling effect.”

According to Open Secrets, the Oil & Gas industry has donated more than $630,000 to Rep. Lamar Smith during his illustrative career, including $10,000 in the last election cycle from Koch Industries.

I guess we can see what they’re paying for.

Surviving the Next Katrina: Ready.gov Tips

NRCC fund-raising scam is back

One More Time, Damn It

Ah, yes, the dug-in Bush appointees still making mischief.  Wonder why it was too much trouble to pry them out of the agencies they are subverting?

you mean the alleged whistleblowers?

Guess Lucy: The Beginnings of Humankind is banned in fundie circles. Such an enjoyable and informative read.

Are their kids as engaged and enthusiastic on their visits to the “Creation Museum” as regular kids are at natural science and exploration museums?

Makes me think of the visuals of the Russian govt looking over the shoulders of their scientists, soldiers ever present at their doors to be sure they perform; this particular government oversight must indeed feel like govt overreach to the scientific community.

Oh, somehow the Russians are in on this too. It’s all their fault.

Kudos to Sullivan for standing up against this bullying.

I am reminded of reading an article by a doctor about how contrary to the main stream of medical thought, we are actually not eating enough salt in our diets and the ills we associated with too much sodium are actually the result of insufficient dietary sodium. A footnote said that the research was sponsored by a grant from the Morton Salt Company.

cruzy
Reply to  The Voice In The Wilderness

LOL. And in other news, pouring salt on your farm fields will get you great crops!

The Voice In The Wilderness
Reply to  cruzy

I wonder who funded this study

In other news, tobacco is good for your lungs. /snark

I think that’s real good news for us, he’s the only one I was really worried about in a general

Who is rumored to be dropping out?

Cruz is “surging” in Iowa.  TPM Scientists: Ted Cruz Understands Less About Climate Than A Kindergartner

Hard to miss that the more a Repub candidate seems to know about climate science, the more unpopular they are with their imbecile “base”.

Not that ANY of ’em thinks that anyone should do a damn thing about it, however much they may “understand” about the science….

duh — not the first time (or the last) that I miss the obvious.

OTOH, Kasich released several internet video ads in the past day or two.  Posted links to two of them and one video in a prior ad hoping to spur a conversation about them.  No such luck.

The Voice In The Wilderness
Reply to  IL JimP

This is good news for Rubio. The MSM thinks Cruz is the establishment choice, but his fellow Republican senators hate his guts.  I still think Rubio, although Republicans don’t usually like people with an “o” at the end of their names. Or at the front, either, except in Illinois where there are a lot of Irish Republican (no, not those Irish Republican!) politicians.

I missed the point, but it was good writing, excellent imagery.

A bit of a variation on “X turned me into a newt” along with Metamorphosis.  Also, you may have missed the use of “Hillary hating BernieBros” by rabid Clinton supporters in their attacks on Bernie supporters.

If the Congress wants to harass the gub’mint’s scientists and subpoena their records, I don’t think there’s much the executive can do about it, except stonewall. Contempt referrals will be next. And de-funding, of course.

This is what it means to give a braindead party filled with bribed and corrupted members total control of the national legislature.

There’s a lot of good coverage of this issue over at arstechnica.com, a search on “Lamar Smith” should get you started: http://arstechnica.com/search/?ie=UTF-8&q=lamar+smith