Russian Hackers and the Clinton 2.0 Presidency

Here A Hack, There A Hack by Marie3

This follows on the report yesterday that the DCCC had been hacked – an act Reuters said US intelligence officials had attributed to Russians as well.

Unknown is what was being searched for and what, if anything, was taken. Unknown entity got in and got something maybe for unknown reasons and use — aha, must be Russia!

All this raises a whole host of issues.  Most critical among them is: how could a major American political party do such a terrible job of securing its servers from infiltration?  Buzzfeed’s Sheera Frenkel wrote a piece a few months ago quoting cybersecurity experts warning that both parties had woeful security protections.  The latest Wikileaks e-mails reveals one blundering bloke ridiculing Frenkel for her claims.  Now who looks the fool?

Of course, Wasserman-Schultz had to go.  But she should’ve gone long ago.  The fact that she remained confirms that the primary system was rigged for Hillary.  It also speaks volumes about how a Clinton presidency would behave in similar circumstances: batten down the hatches, circle the wagons, protect our own at whatever cost.  See outsiders, even those in your own party, as the enemy.

The Clinton campaign is trying to turn the scandal into an indictment of the seamy Russian hackers.  They’re circulating incriminating material in the media focussing on Donald Trump’s inside connections to the Kremlin hierarchy.  All this, while not insignificant matters, divert attention from the equally, if not more important issues.  Like: why was the DNC all-in for Hillary when it was supposed to be an honest broker between all the candidates?  Why did DNC staff, including Wasserman-Schultz lie about their allegiances, saying they were not siding with the Clinton campaign?

…
Not that I’ve changed my mind about Hillary’s candidacy.  I remain as firmly convinced as ever that she is not trustworthy, not progressive, not genuine.  She is a retread who offers us distant memories of a nostalgic past (Bill Clinton’s presidency), which aren’t so splendid.  While Obama was a disappointing president, he did a number of things well.  Not the things that were most important to me.  But things that were important for the nation.  I have no such hopes for Clinton.  None. 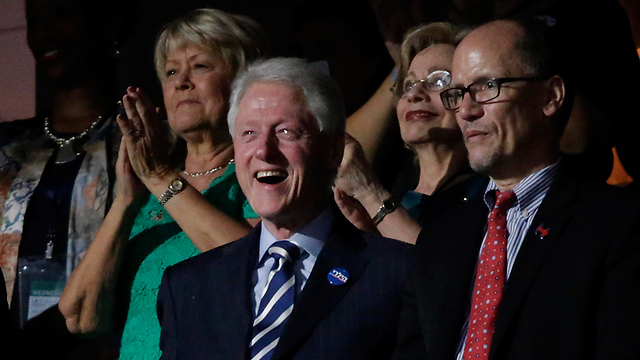 Terror Trap laid by warmongers under the Bush and Obama years

The Saudi-Israeli Alliance and Piggy-back Coup of 2005

US and Israel Leading Exporters Riot Control Systems for Democracy