At last a bit of good news from Vienna … of all places in Europe!

In a Facebook post published shortly after the first exit poll, Norbert Hofer of the anti-immigration Freedom party said: “I congratulate Alexander Van der Bellen for his success and ask all Austrians to pull together and work together.”

The 45-year-old said he was “endlessly sad” and “would have liked to look after Austria”.

According to the public broadcaster ORF, Van der Bellen had gained 53.3% of the vote with 69% of voting districts counted – too strong a lead to be turned around by Hofer, who had 46.7% of the vote. 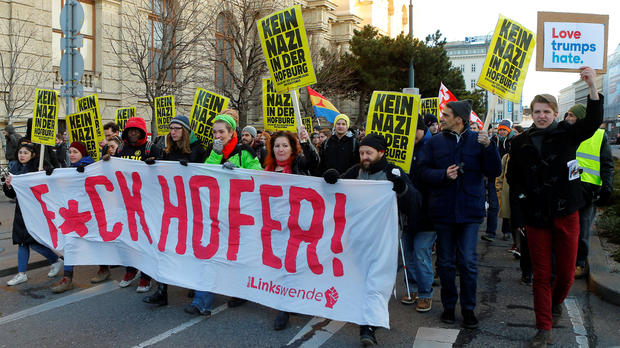 Hofer also narrowly lost the first runoff vote in May, which was later annulled. In that election, 50.35% of the population voted for Van der Bellen and 49.65% for Hofer.

Austria’s constitutional court annulled the May result in July after an investigation revealed irregularities in the count of the vote in several constituencies.

Terrorists have rights, too

So, Austrians were given a choice between a Sanders and a Trump (albeit a much younger and more attractive version) and Sanders won.  A clear choice not muddied by a mushy centrist candidate with strong institutional support.  A sliver of sunshine in these otherwise bleak days.

Thats great news even if the Greens continue the tradition of keeping it a ceremonial position (which the Freedom party would not have). It is especially nice that it is a 6 point win instead of the tie in the original election.

It would be interesting to see the actual numbers to see if more people voted this time, or if people just turned against Hofer – I dont see the numbers yet. If the former, maybe its a sign of something good that comes out of Trump’s win that can be replicated elsewhere in Europe?

Still counting.  Hofer’s concession suggests that he wasn’t pulling high enough numbers in regions where he was favored and/or Van der Bellen was running much stronger in regions that had favored him in May.

Preliminary results by states have been entered in the Wikipedia page.  Gains for Van der Bellen and losses for Hofer in all states from the May election that was annulled.  Whether those were real gains for Van der Bellen or it reflects those (appox 3%) that don’t like sore losers can’t be known.  (A factor WI Democrats should have considered in mounting the recall of Walker.)

But this sure looks tempting:

According to a Fairleigh Dickinson University PublicMind poll released Tuesday morning, Christie’s approval has dropped to 18 percent among New Jersey voters — down from 21 percent in October.

Still, can’t beat something with nothing.

I’ll take victory anywhere I can get it, but doesn’t bode well:

“While public servants voted #VdB by 66%, workers preferred #Hofer by 85%. The Left’s traditional base is firmly with the far right.”
~Valentin Schwarz 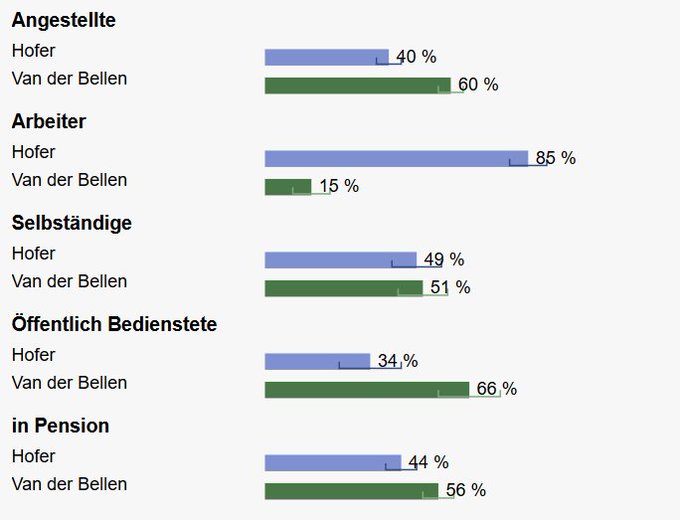 Italianbanks and financials will get a hit in the morning … Asia stocks drop as Euro hits 20 month low! Italian PM Matteo Renzi resigns after heavy referendum defeat | The Guardian | Matteo Renzi was roundly defeated in a referendum to change Italy’s constitution, marking a major victory for anti-establishment and rightwing parties and plunging the eurozone’s third largest economy into political chaos. The prime minister conceded defeat in an emotional speech at his residence, Palazzo Chigi, and said he would submit his resignation to Italy’s president, Sergio Mattarella, on Monday afternoon. “My experience in government ends here …… Read more »

I would very much like to see a diary on this and its implications.

This was a neoliberal wet dream that was voted down, imo.

“The changes were meant to make pushing thru austerity and bank rescue measures simpler*.

Jeremy Corbyn recently noted that the right is taking real grievances and offering solutions which will, at best, only paper over wounds.  The left has superior solutions, but has bound itself to a dying world order because of love for internationalism.”